Novak Djokovic will go to Roland-Garros with the momentum of another Rome Masters title. The world No 1 defeats Diego Schwartzman in straight sets in Monday’s championship match. 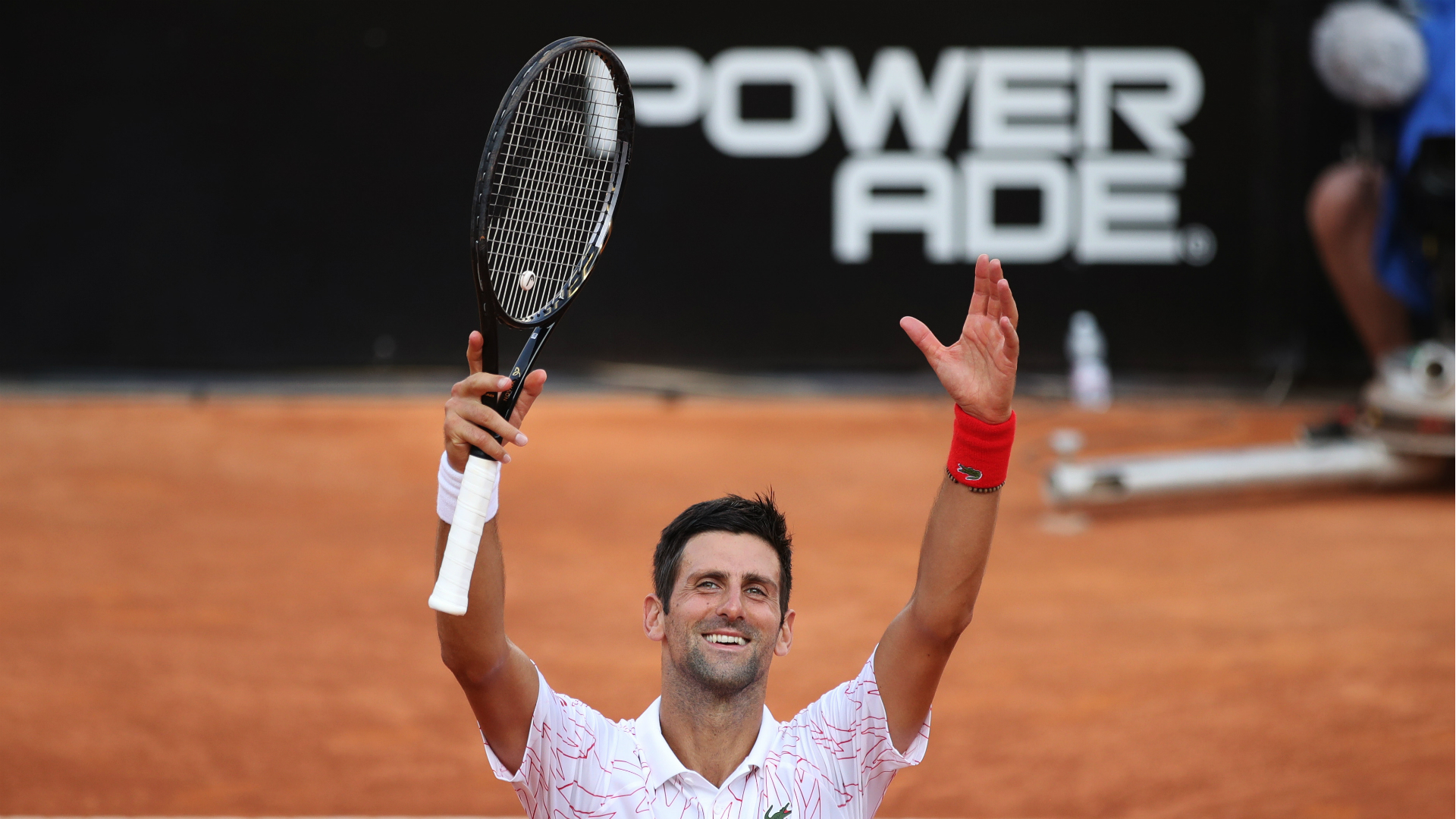 Novak Djokovic lifted the Internazionali BNL d’Italia trophy for a fifth time after defeating Diego Schwartzman 7-5, 6-3 in the final on Monday afternoon. The top seed recovered from a double-break down in the opening set to prevail in one hour and 53 minutes.

“It was a great week; a very challenging week,” Djokovic commented. “I don’t think I played my best tennis throughout the entire week, but I found my best tennis when I needed it most in every match. Now we are turning to Paris; I couldn’t have asked for a better result in Rome. Another big title.”

Djokovic became a heavy title favourite when Schwartzman upset nine-time Rome champion Rafael Nadal in the quarter-finals, and the Serb’s chances only improved after the Argentine needed a grueling three hours and 15 minutes to outlast Denis Shapovalov during semi-final action on Sunday night. However, in the early stages against Schwartzman it looked like the outcome was in serious doubt. The underdog stormed out of the gates to a 3-0, double-break lead in the opening set as Djokovic started flat.

However, the world No 1 was quick to restore order to the proceedings. He got both of the breaks back immediately, beginning a streak of four straight games that propelled him to a 4-3 advantage. Schwartzman eventually saved a set point on serve at 4-5 with a big forehand, but he could not successfully serve to stay in the set a second time at 5-6.

Streaking to the finish line

After breaking for the set, Djokovic again started slow in the second. Once again, though, it hardly mattered. Another wake-up call improved his level considerably, and he seized an immediate break-back before consolidating it en route to a 4-3 lead. With the pressure on, Schwartzman cracked on serve in the eighth game. Djokovic’s love service break was part of a streak in which he won 10 points in a row. The world No 14 ended the streak by saving two championship points, but Djokovic converted his third chance by winning an incredible rally that lasted almost 30 shots.

Djokovic, who was playing in his 10th Rome final, is now the sole leader in career Masters 1000 titles with 36. He had been tied with Nadal heading into Rome. Schwartzman, meanwhile, was contesting his first-ever Masters 1000 final.

So much to be proud of this week 👏