Though the Next Gen have shown signs of breaking through, the Big Three of Novak Djokovic, Rafael Nadal and Roger Federer keep shutting the door on their Grand Slam hopes 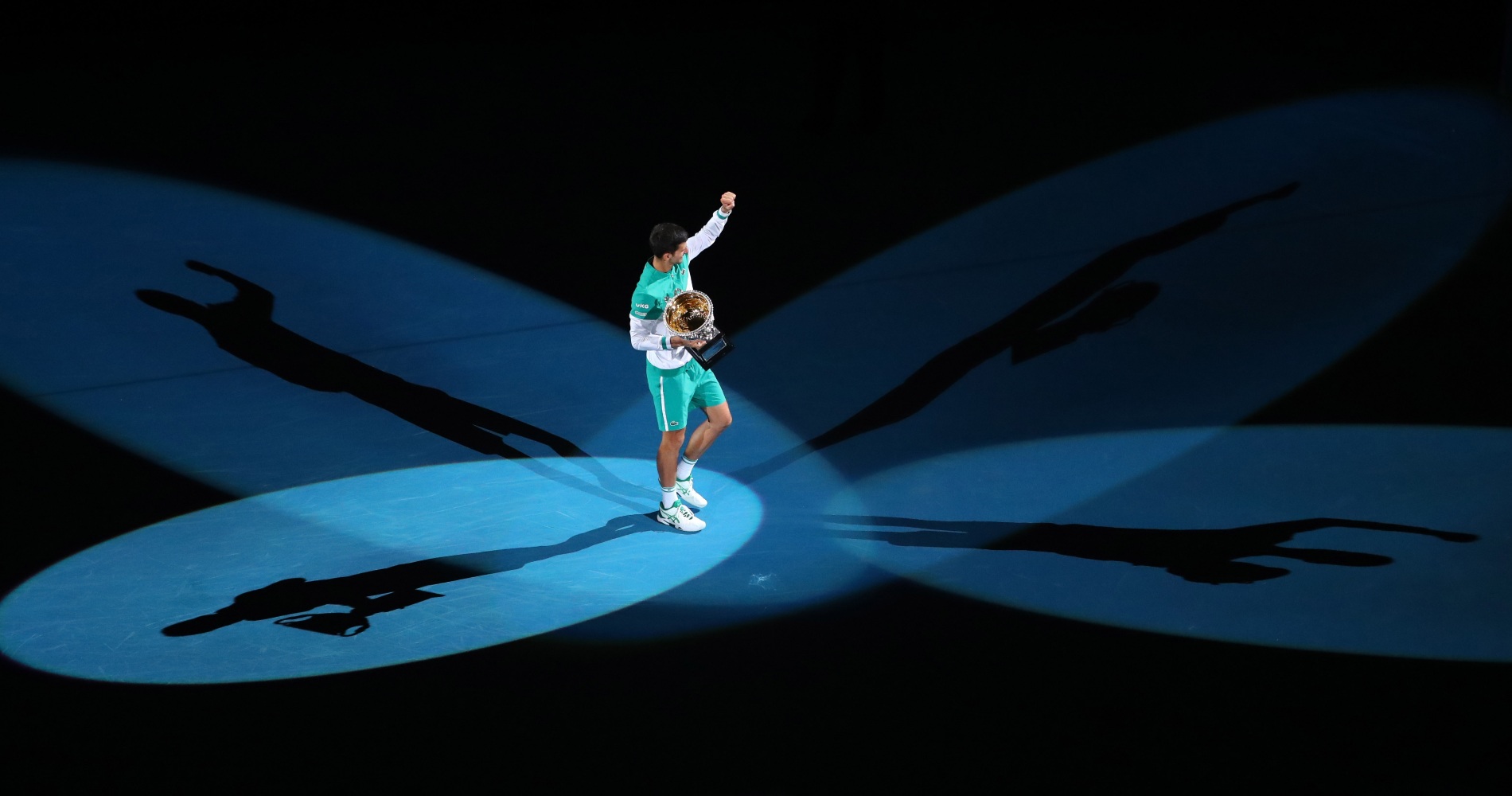 “With all due respect to these guys, they still have a lot to do,” Novak Djokovic announced, to Eurosport, on the eve of the final of the 2021 Australian Open, as he prepared to face Russia’s Daniil Medvedev for the title.

On Sunday, he put his racquet where his mouth was by overwhelming Medvedev 7-5, 6-2, 6-2 to win his record ninth Australian Open. The 18th and latest Grand Slam title for one of the Big Three showed yet again that Roger Federer, Rafael Nadal and Djokovic are leaving only crumbs for the next generation.

Of the 70 Grand Slam tournaments to have been played since Federer won his first Grand Slam title at Wimbledon in 2003, 58 of them have been won by the Big Three, with Federer and Nadal on 20 and Djokovic just two behind with 18. What’s more, the trio have shared 15 of the past 16 Grand Slams between them, with Dominic Thiem the only intruder, winning the US Open in 2020. The youngest of them: Nadal, 31 years old, at Roland Garros 2017. The oldest: Federer, 36 years old at the 2018 Australian Open.

At the end of 2020, it seemed that it really might be time for a handover between the bosses of men’s tennis and the next Gen (players born in 1996 and after). Medvedev dominated Djokovic and Nadal at the ATP Finals and Stefanos Tsitsipas had already pushed world No 1 Djokovic into a fifth set at Roland Garros. The Greek, Russian and Germany’s Alexander Zverev have all beaten Djokovic, Nadal and Federer on the ATP Tour at least once. The youngsters had grown to the point where Medvedev, coming off a run of 20 straight wins, was many people’s favourite to beat Djokovic in the Melbourne final. We saw the result and as Djokovic said, the new brigade still have work to do. 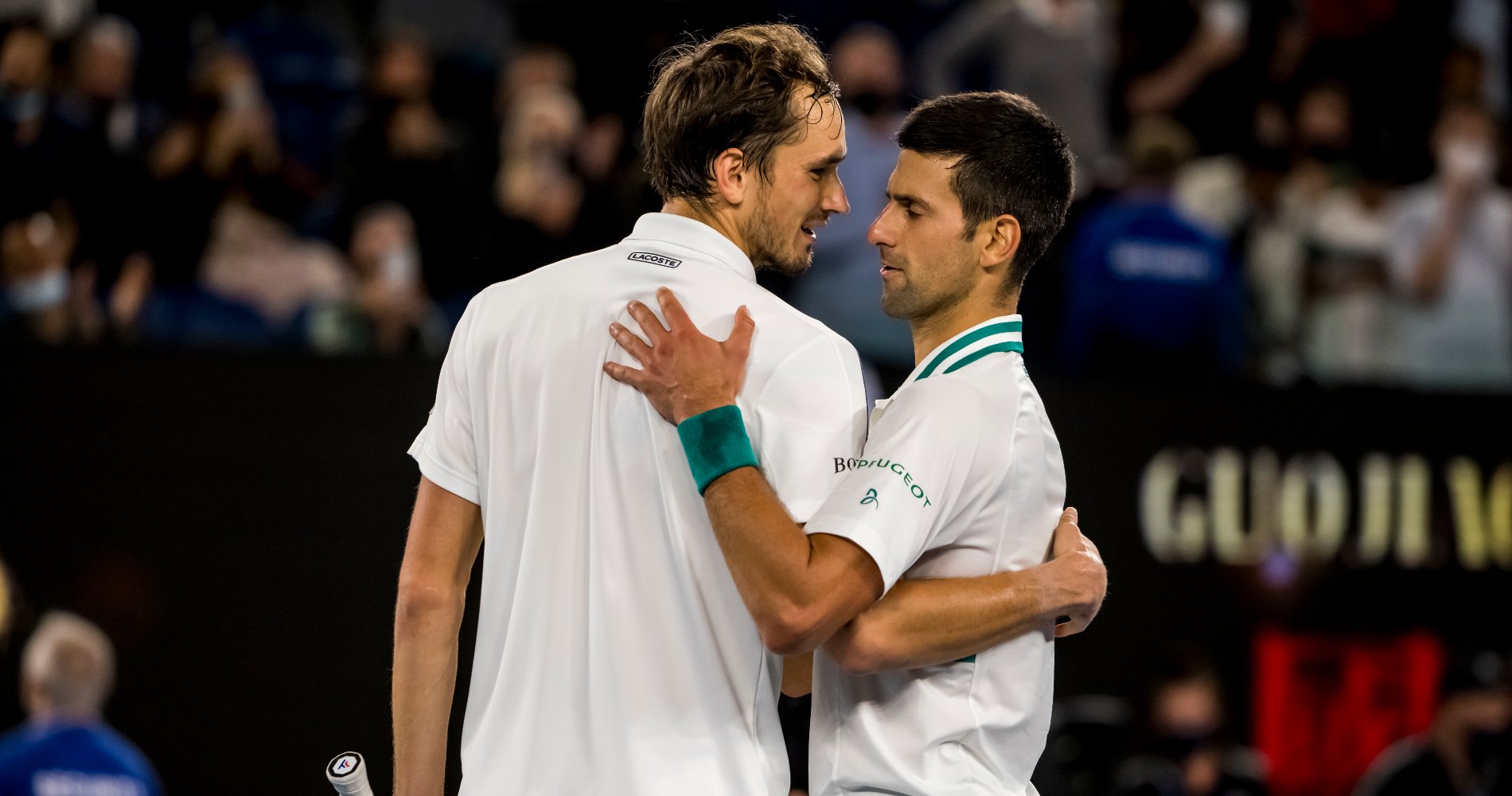 Medvedev, Tsitsipas and Zverev, the three young players who spring to mind when talking about a potential transfer of power, are performing well against the big guns on the regular ATP Tour, where matches are played over the best of three sets. In the Next Gen v Big Three matches on the ATP Tour (excluding Grand Slams) since the beginning of 2019, Djokovic, Nadal and Federer lead, but only 12-11.

In Grand Slams, the story is different. Since the beginning of 2019, the Big Three lead 6-2. And in this 2021 Australian Open, though Nadal lost a five-set thriller to Tsitsipas, Djokovic beat both Zverev and Medvedev.

“I think Roger, Rafa and myself have just managed to always play our best tennis at slams,” Djokovic said. “We have the experience of knowing what to do, how we can win matches in best-of-five on different surfaces. I think that’s made it more challenging for guys that are in the next generation. Tsitsipas, Zverev, Medvedev, they all won World Tour Finals, multiple Masters 1000 events and are high-ranked. They have all (reached) semis and finals of slams, so it’s just a matter of time. But hopefully not so close.”

Djokovic’s coach, Goran Ivanisevic, was harder on the next generation than the world No 1 had been.

“Young people think they know everything, but they know nothing at all,” Ivanisevic said. “On the court, these three are incredible. And they will remain the best because the youngsters still have a lot to learn. Again, they think they know it all and they don’t question themselves enough.”

This is not exactly what Daniil Medvedev had seemed to say a few minutes earlier, on the same chair, but who cares? It feeds the flames.

“Talking about the top three, I always say they’re just better than other tennis players,” Medvedev said. “I’m not shy to say this. It’s just truth. In fact, in numbers and everything. Of course, when you’re out there, you want to beat them. You don’t care that it’s the big three or the big 100. But that’s why they have so many slams. They’re just really good.” 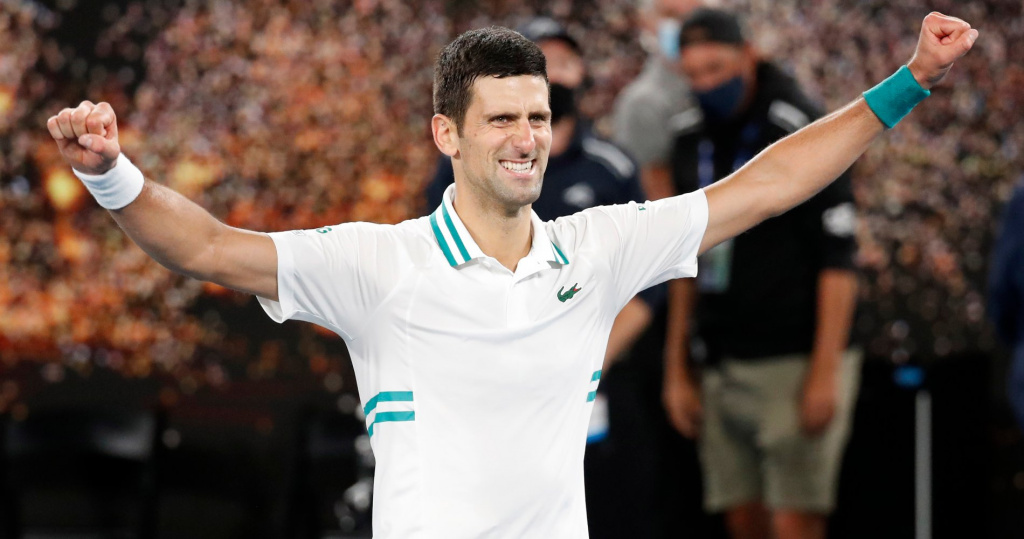 Djokovic: “I don’t draw my motivation from young people”

In Sunday’s final, Novak Djokovic wasn’t thinking about the wishes of the Next Gen. All he wanted to do was win the match to claim his 18th Grand Slam title, bringing him ever closer to Federer and Nadal in the all-time list. These three giants motivate each other, pushing each other to be better every day with the aim of finishing with the most titles. That’s why they continue to play tennis at 39 (Federer), 34 (Nadal) and 33 (Djokovic) respectively.

Is the Next Gen getting closer? Yes, but there is always a member of the Big Three to stand guard; Nadal at the US Open in 2019 or Djokovic in Melbourne in 2021.

“I don’t know how else I would describe the three of us,” he said. “Roger and Rafa inspire me. As long as they go (on playing), I’ll go.

“There is competition between us in all areas. That’s why we push each other to the limits. I don’t source my motivation from there (younger players). I have a lot of respect for anybody really, young guys, older guys, whatever. They’re all going through the hardship and the tough hours on the court. There is a lot of quality from the younger guys that are coming up. But Roger, Rafa, myself are still there for a reason. We don’t want to hand it to them and we don’t want to allow them to win slams.”

Federer is scheduled to return next month in Doha, after more than a year away due to knee surgery, while Nadal will be back in action soon as he builds towards Roland-Garros, where he will be the big favourite to win the title for a record 14th time.

The young guns will have to wait for their place at the high table.