For some of the players at Roland-Garros, concerns over whether they will test positive for Covid-19 are dominating their thoughts, just when they should be focusing on tennis itself. 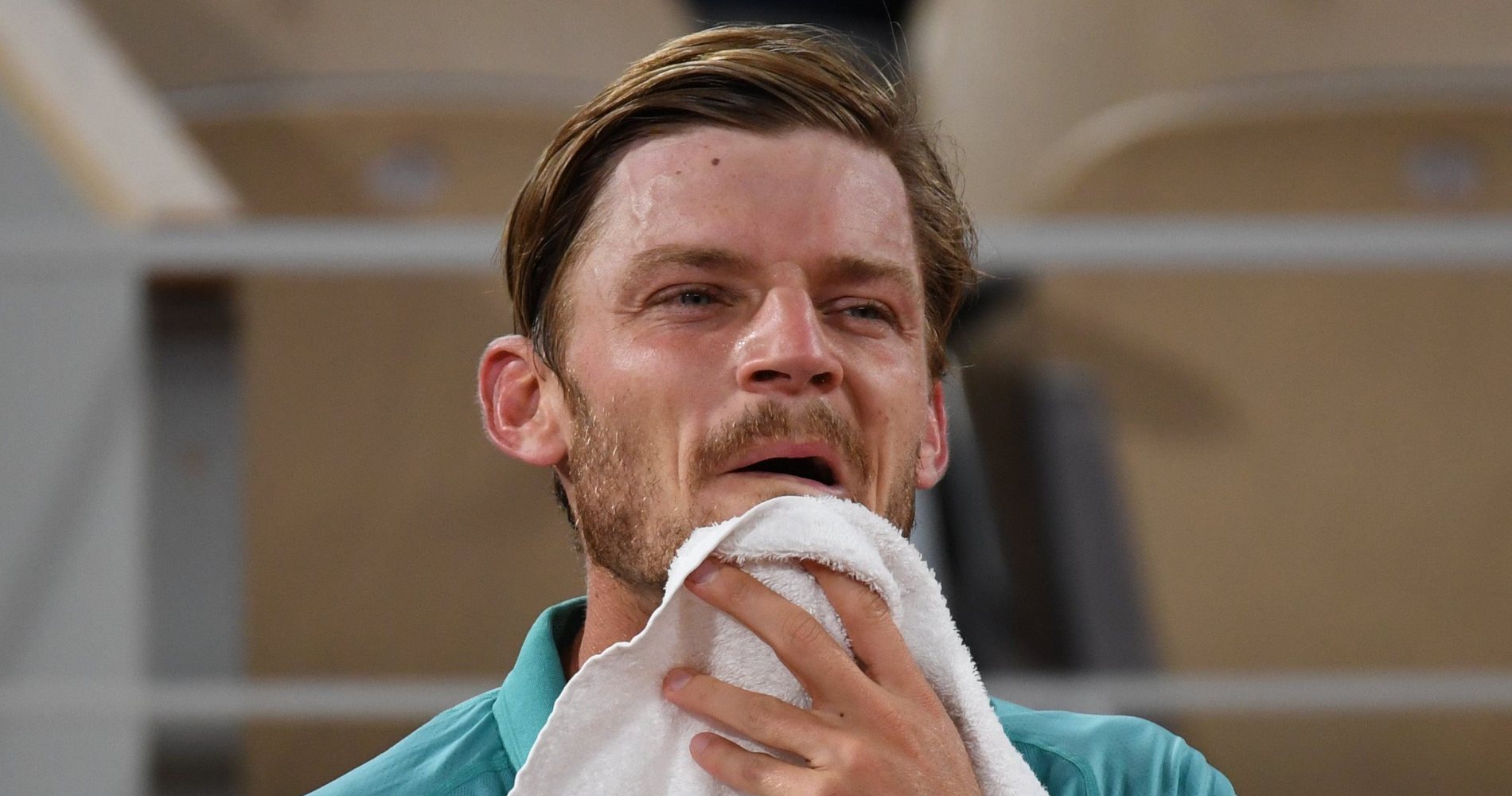 Playing at a Grand Slam is usually considered as something every player looks forward to, the chance to prove themselves on the world’s biggest stage. At this year’s French Open, though, some players are struggling to get motivated, more worried about testing positive for the Coronavirus than finding their best form on the court.

Just like at the US Open, players have been subject to a strict Covid-19 testing system. Players were tested on their arrival in Paris and confined to a hotel room for 24 hours before getting their result, and they’re tested every four to five days for as long as they’re in the tournament.

They are also staying in one of two hotels, although the fact that the hotels are not exclusively filled by tennis players and coaches means the bubble cannot be entirely secure.

It’s a set-up that has some of the players on edge.

“You feel kind of worried all the time,” said Belgium’s David Goffin, who was beaten in the first round by Italy’s Jannik Sinner on Sunday.

“Before every tournament you don’t know if there will be, like, a wrong test or you will be positive, negative. It’s the same for your staff. Every week it’s different rules. Every city is different, how to travel with the staff. In your private life, also, it can be just not easy.

“The most difficult (thing) for me, it’s like to be fresh mentally on the court and to save energy to give everything on the court. That’s why I think today it was the toughest part. It’s just that I was a little bit empty, no energy today.” 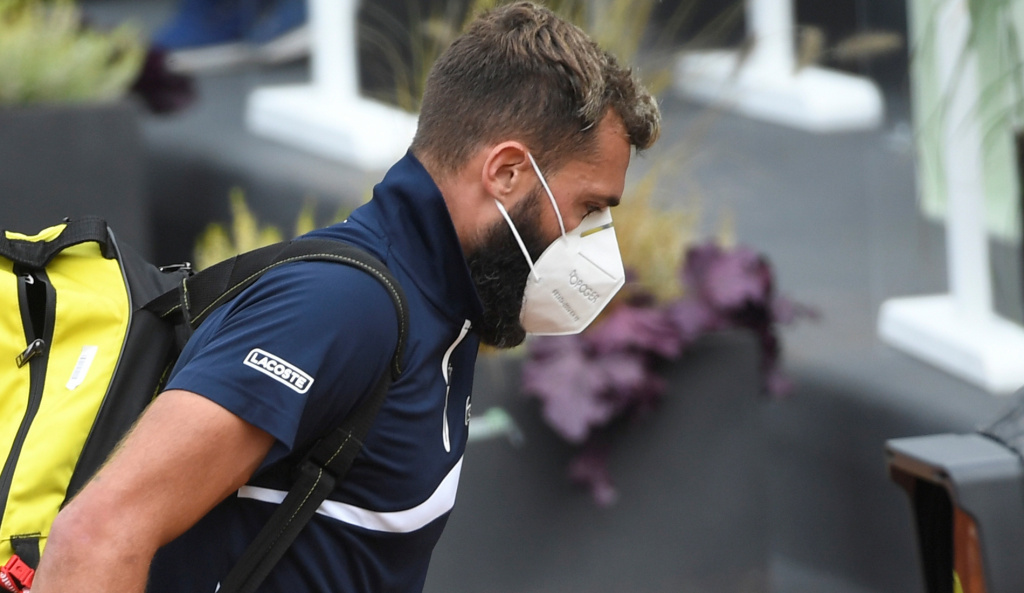 No one has experienced the ups and downs of the testing system as much as Benoit Paire, the Frenchman who tested positive for the virus on the eve of the US Open and, after being ruled out of the event, had to stay in his hotel for 10 days of quarantine.

“The only thing I know is sometimes positive, sometimes negative. If I’m positive I go home. I will be happy to go home a little bit. Honestly now, the importance of the test is not the thing I’m thinking. I’m just thinking, OK, if you can play you play. If not, you go home and you see your dog, your family, and you will be happy.”

Somehow Paire was able to win his first-round match at Roland-Garros, but the whole situation has left him exhausted.

“I did one test when I arrive negative,” he said. “Really happy about it. I was scared about the test, because, you know, when you’re negative, positive, negative, positive, you never know. And I knew before it was 50 percent chance to play because if I was positive I was out. So, not easy mentally when you know there is a possibility you don’t play at home in this tournament is something different in the head. And, yeah, I’m not 100 percent now.”

Andreas Seppi: “Every week is a question mark

Italy’s Andreas Seppi agreed with Paire, saying that every player knows they can be out of a tournament at a moment’s notice.

“Everybody knows it’s not normal conditions everywhere and it’s of course also for us not easy,” he said. “Every tournament you go you have to do the test and then wait one day in the (hotel) room for the result. And as it happened the last day, somebody is positive and then in the second test they are again all negative.

“So it’s every week a question mark if you can play or not play. But of course, I mean you want to play these kind of tournaments because they’re big tournaments.” 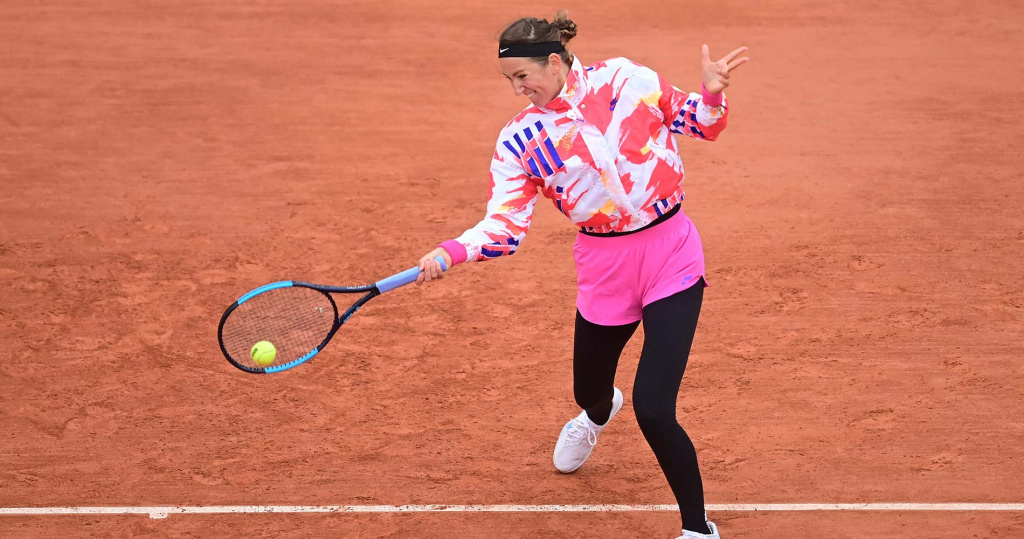 No problems for Azarenka

One player who does not seem worried about anything is Victoria Azarenka, who breezed into the second round on Sunday. The former world No 1, back to her best after winning the Cincinnati title and reaching the US Open final, said she was not struggling for motivation the way many others are.

“To be honest, I feel like I had few last years were kind of difficult,” she said. “So in a way, after a lot of uncertainty with the pandemic and me kind of finding my way to approach a different perspective, it’s been a breath of fresh air. I would say I was a lot more I would say miserable a few years before than I am now, so I think the journey to get here has been tough. But right now I kind of look at it that as it was a great opportunity for me to kind of finally just look outside of my narrow thinking.”