Federer comes from a set down to brush Harris aside

Lloyd Harris looked like he could cause an upset on Centre Court, but Roger Federer denied the 22-year-old South Africa in four sets. 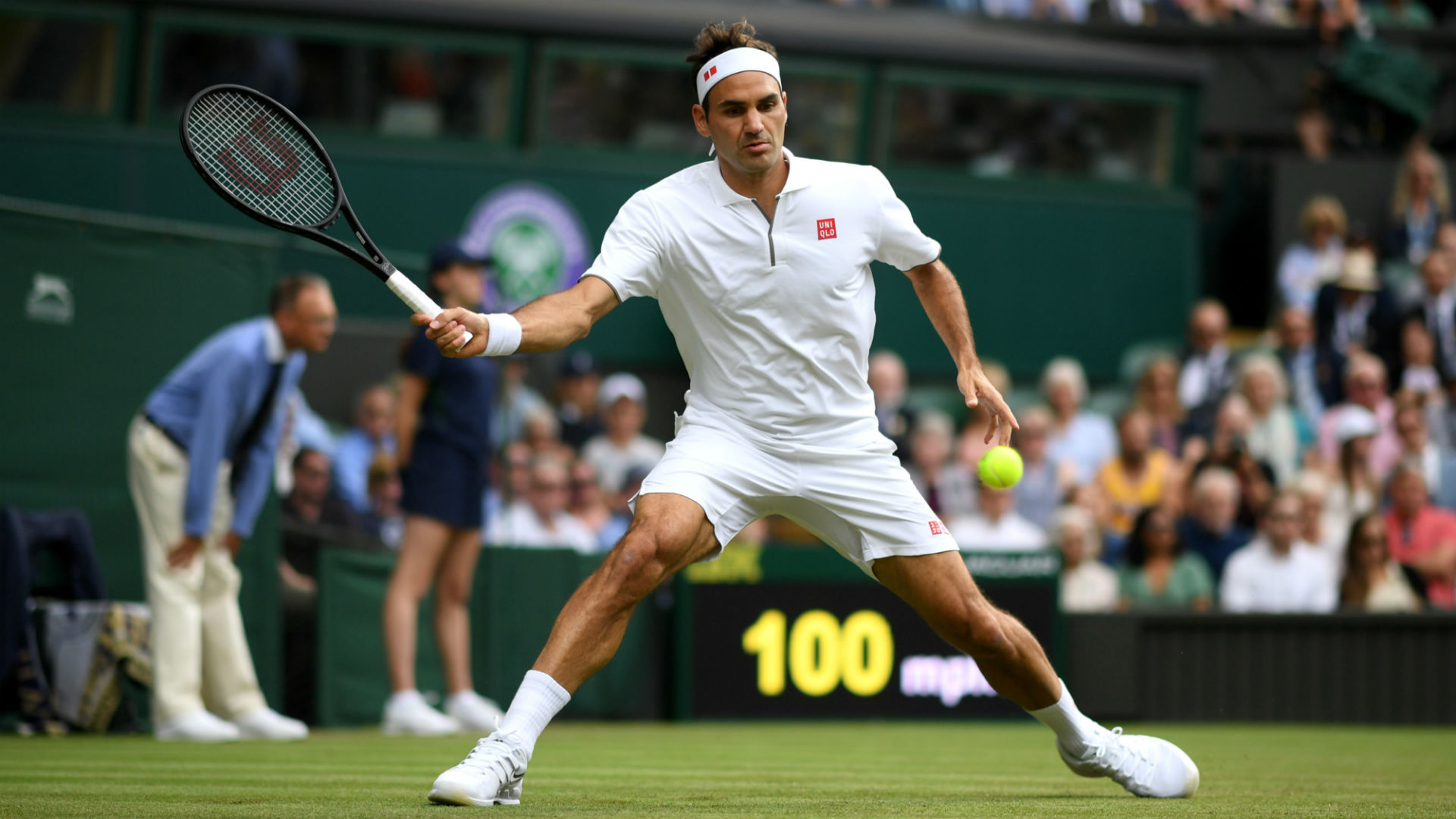 Roger Federer had to come from a set down against Lloyd Harris to commence his record-breaking 21st Wimbledon campaign with a victory on Centre Court on Tuesday.

Harris, ranked 86th in the world and making his main-draw debut at this slam, became the first player since Alejandro Falla in 2010 to deny Federer the opening set of a first-round match at the All England Club, but the eight-time champion ended up surging to a 3-6 6-1 6-2 6-2 triumph.

The rangy South African’s confident start suggested an upset could be on the cards.

However, he was unable to build on it and, as he struggled with a left calf issue, the classy Federer stormed into round two in an hour and 50 minutes.

The pursuit of nine begins…

Bidding to become the second player in history to win nine #Wimbledon titles, @rogerfederer books his ticket into the second round by beating Lloyd Harris pic.twitter.com/RzAJ5MYGfJ

Harris served well and had a chance to break when the Swiss went long with a backhand in game six – another error from the second seed converted it for him.

A stunning cross-court forehand winner stopped Federer getting back on serve and the 37-year-old found himself a set down when his backhand flew beyond the baseline.

Federer produced a clever drop shot before moving 3-1 up in the second and he followed a lovely backhand slice with a volley at the net for three break points in game six.

Harris failed to keep him at bay when he sent a routine forehand into the net and he was a break down in the third after Federer smashed his scooped half-volley past him.

The 22-year-old saved a pair of break points before succumbing due to a wide forehand down the line and he took a medical time-out after his opponent closed out the third set.

There was no stopping Federer and a trademark one-handed backhand enabled him to win against the serve in game three of the fourth.

A searing cross-court forehand – his 40th winner of the match – preceded a second break for Federer, who ended up enjoying routine passage into the second round.