A bid to create a player union, led by world No 1 Novak Djokovic, faces a vote on Saturday night but the rumours of a breakaway has split opinion with Roger Federer, Rafael Nadal and Andy Murray among those to call for unity. 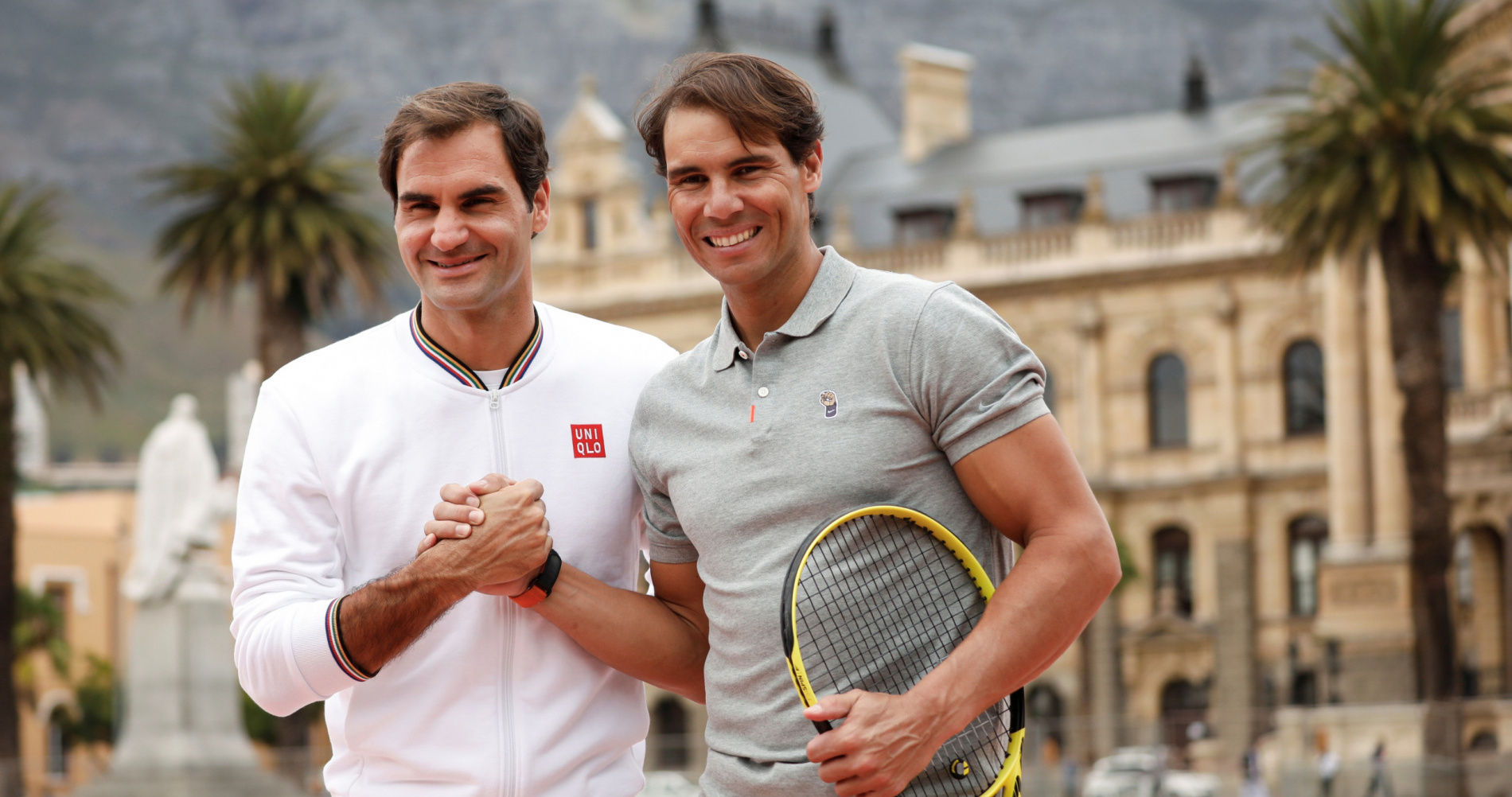 Djokovic, Pospisil and John Isner all resigned from the ATP Player Council on Friday, after their bid to form a breakaway union – The Professional Tennis Players’ Association – was made public.

The bid is likely to have plenty of support – Milos Raonic was one of those on Friday to say he would be voting in favour – but many top names have also expressed their doubts about the wisdom of trying to break away, especially when tennis and the world in general is in the middle of a global pandemic.

Pospisil issued a statement on Twitter on Friday, explaining his reasons for leaving the Player Council, the player-body that helps determine what happens in the men’s game.

Raonic said he and others had been upset at poor communication from the ATP, and its new leader Andrea Gaudenzi, over the past six months, while the Canadian said he was disappointed that the ATP executives had not taken a pay-cut to help the sport’s finances.

Djokovic, Pospisil and Isner made their move at a time when Rafael Nadal and Roger Federer, arguably the two biggest names in tennis, were not around, with Nadal missing the US Open to prepare for the French Open and Federer not in New York because of injury.

Nadal: This is no time for disunity

In a statement on Twitter on Saturday, Nadal said now, more than any other time, was not a time to rock the boat.

The world is living a difficult and complicated situation. I personally believe these are times to be calm and work all of us together in the same direction. It is time for unity, not for separation.

These are moments where big things can be achieved as long as the world of tennis is united. We all, players, tournaments and governing bodies have to work together. We have a bigger problem and separation and disunion is definitely not the solution.

And Federer backed up Nadal’s statement.

Novak Djokovic spoke to media on Saturday in New York and gave his thoughts about the genesis of the idea of creating an independent body that operates with only the player’s interests in mind.

“I have to say that this is not a new idea,” he said. “This hasn’t been something that came out of the blue. This has been a project for many players and many different generations over the last 20-plus years.” 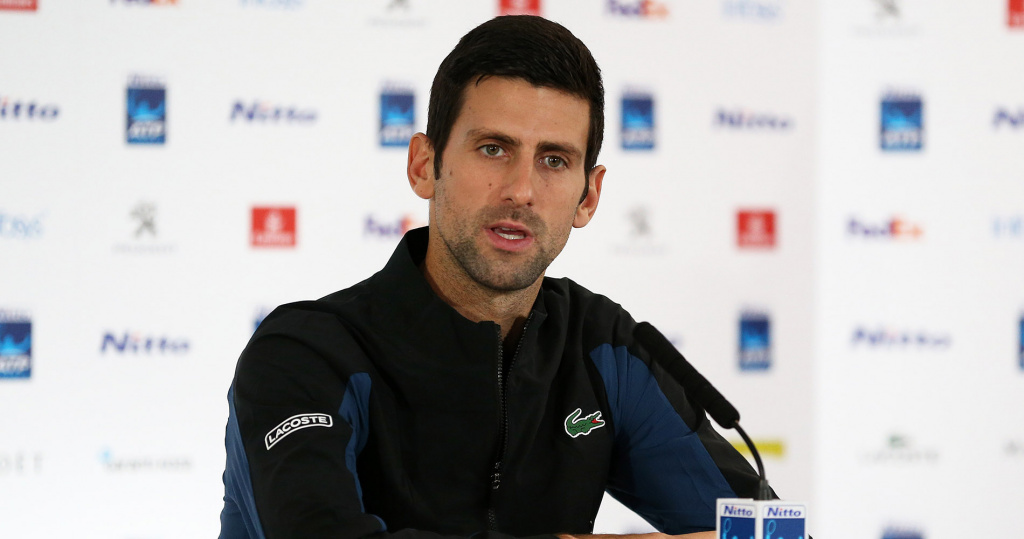 Djokovic says that tennis players are at a disadvantage by playing in one of the few sports that doesn’t have player-only representation or a union of any kind.

“We are one of the few global sports that doesn’t have any player organization, player-only, I must say, organization or association,” he said. “That has been the subject of discussion for, you know, also I think a wish for many players for many decades now.”

And to those that claim the ATP could not possibly co-exist with a player association, he says think again:

What about the women?

Former world No 1 Andy Murray told reporters at the US Open on Saturday that he will not be signing, for two reasons.

“I’m not against a player union or player association but right now…I feel like current ATP management should be given time to implement their vision. Whether that works out potentially could influence me in the future. And also the fact that the women aren’t part of it. I feel like that would send a significantly…well, just a much more powerful message, personally, if the WTA were onboard with it, as well. That’s not currently the case. If those things changed in the future, it’s something that I would certainly, certainly consider.

Stefanos Tsitsipas said on Saturday that he had no idea what was going on but Briton Dan Evans, the world No 28, said he felt now was “a horrible time” to try something like this.

“I received the emails on the player union,” Evans told British reporters. “I do know the reasoning, I think now is horrible timing to be talking about that sort of thing. For what it’s worth I think the ATP do a great job for us and I won’t be signing.”

“It’s very rushed I think. It’s very tough to make a decision like that in some chat over a group chat, a few emails flying around. We have to be careful what we wish for. We can put all the power to the tournament but the lower-ranked guys will have no tournaments to play. The bigger tournaments will only want the top players. Then you look at the doubles. Will they want the big doubles draws? The ATP will want bigger draws, less qualifying, so they don’t have to play three rounds of qualifying. They have done a lot. I think we should be a little bit careful what those powers-that-be are wishing for.”

“It’s not great timing. We have all been off for such a long time. The US Open have done a great job putting this on and then we are talking about all the other stuff where we should be focusing on what a good job the ATP are doing, getting us a schedule for the end of the year. The USTA and the French Open are doing it.”

Evans said he’d spoken to another player about it, and when he “played devil’s advocate” by saying he felt the ATP did a good job, he was made to feel bad.

“It wasn’t taken very well. Those people who think that the union should be, are set on it, and passive aggressive towards not being involved in it. It’s all about everyone all having a vote and then if you don’t like it, it seems as they don’t like you that much. It’s a little different. I don’t understand what the vote is. What are they getting in power for? They have made a new group. What does that do? It’s not like they have any standing in the game. If the top-10 players don’t sign are they going not to play because of this union? Or the union won’t play because of the top-10 players are in? I don’t understand this vote. It’s not really a vote. It’s signing a piece of paper, which doesn’t stand for much I think. I could be wrong.”

While Djokovic and others have been pushing for a union for a few years, former world No 1 Yevgeny Kafelnikov said this kind of talk has been going on for many years, mentioning 2002 and a breakaway move led by Wayne Ferreira, which fizzled out.

Look! We had have gone through in the past(last i remember in 2002),and it didn’t work. This new development will make so much complication for everyone,including players themselves. Better stay together my opinion #ATP

And Mark Petchey, the former coach of Andy Murray and now a commentator with Amazon Prime in the UK, said players needed to be very sure of what the consequences could be.

“If this vote goes through, there’s nothing to stop a tournament director cutting draws to 16, and paying gazillions for the marquee players,” he said during commentary of Djokovic’s Cincinnati final against Milos Raonic. if the vote goes through, they’re going to find out pretty quickly their true value in the sport. You do feel that the doubles guys could get particularly hurt here because the tournaments are going to have to push back massively.”