Canadian starlet Felix Auger-Aliassime recovered from a slow start as he outplayed Nikoloz Basilashvili 6-4, 6-1 as the ATP Tour resumed after a five-month Coronavirus break on Saturday at the Western and Southern Open. 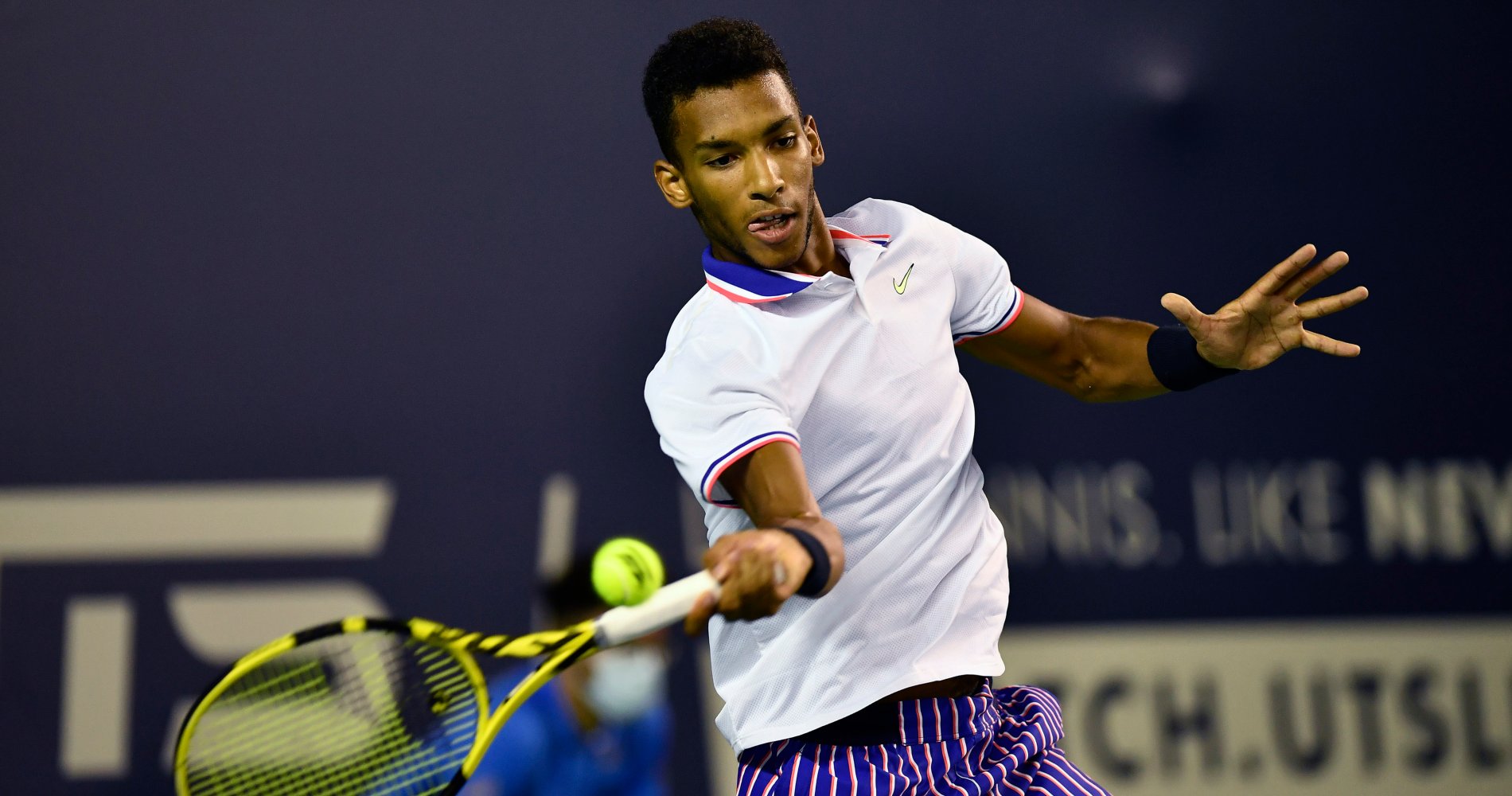 Three double-faults in the opening game betrayed a few nerves but the 20-year-old recovered well to win a tight first set and then pulled away in the second to claim a convincing victory, becoming the first winner at an ATP event since March.

The No 15 seed, drawn in the same quarter as world No 1 Novak Djokovic, plays either American Tennys Sandgren of the US or Italy’s Lorenzo Sonego in round two.

“For sure, right now it feels unbelievable,” Auger-Aliassime said. “With no crowd, you don’t feel it (the emotions) as much but I’ve been looking forward to coming back to compete and there’s no way better than to get a win.”

Auger-Aliassime had won both of their previous meetings but on a near-deserted Court No 17 – with no fans allowed into the grounds – he began slowly, double-faulting three times as he dropped serve in the opening game.

Basilashvili, the world No 27, led 2-0 and looked confident but Auger-Aliassime hit back to level at 2-2. The fifth game lasted 10 minutes as the Canadian moved in front but at 3-3, he was broken again to hand the Georgian the advantage.

It didn’t last too long, though, as Auger-Aliassime broke straight back, another Basilashvili double-fault costing him dear. And his serve let him down again two games later when his fifth and sixth double faults of the set gave Auger-Aliassime the opener.

The Canadian was on a roll, a run of 15 of 16 points putting him ahead in the second set and though Basilashvili held serve, Auger-Aliassime broke two games later on yet another Basilashvili double-fault.

The second serve of both men has long been their Achilles heel but while Basilashvili continued to struggle, Auger-Aliassime grew in confidence. Crunching heavy groundstrokes with power and precision, the Canadian pushed his opponent back behind the baseline and drew the errors. After breaking for 3-1, he repeated the feat two games later – again on a Basilashvili double-fault – and served out with ease to cruise into the second round.