The two most consistent players of 2021 go head to head for their first Masters 1000 title on Sunday, a chance for both to put their head above the rest 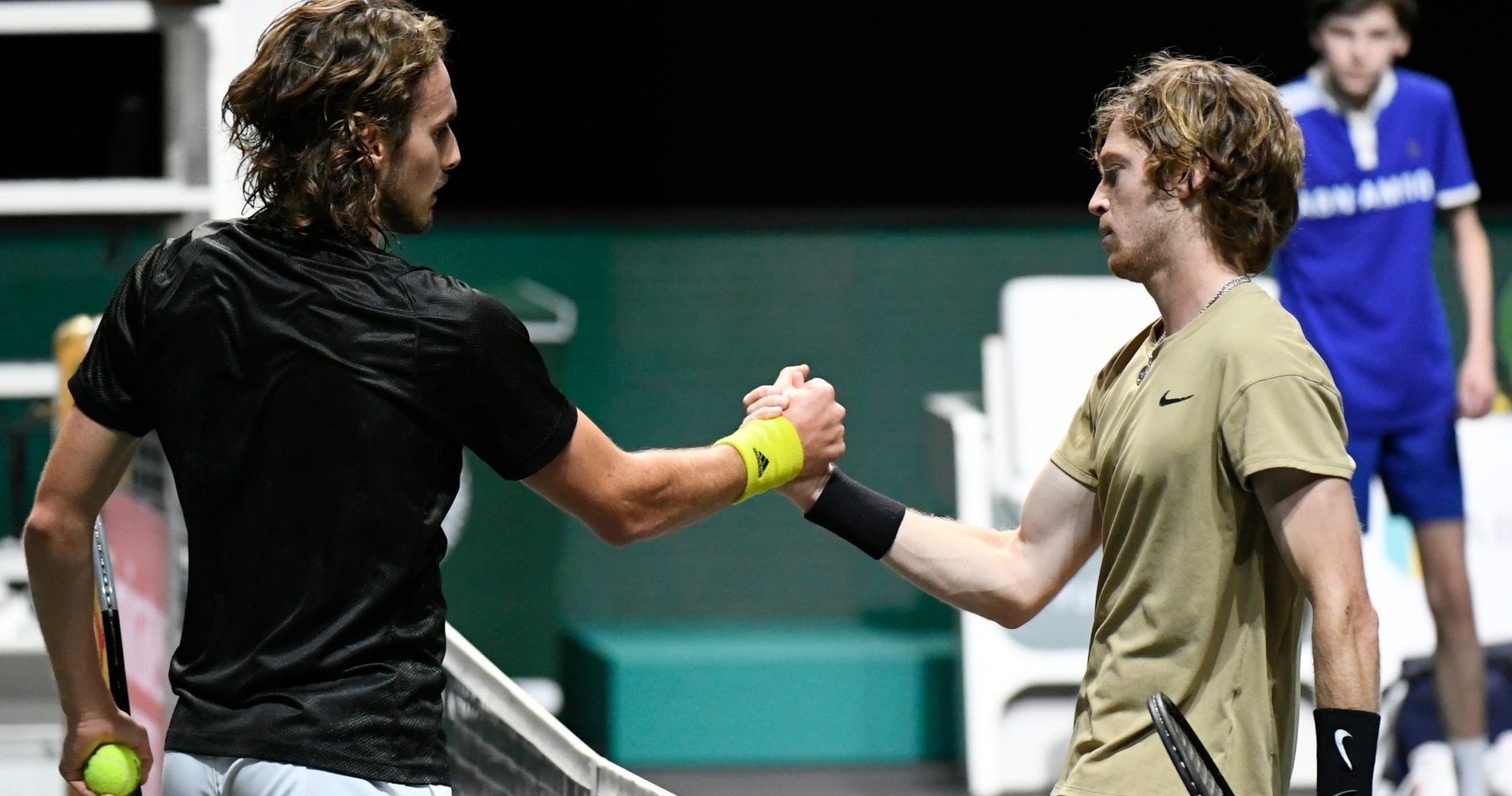 Are we seeing the start of a new rivalry at the top of the men’s game?

Stefanos Tsitsipas and Andrey Rublev go head to head on Sunday for the Monte-Carlo Masters title, with each man bidding for their first Masters 1000 crown. The early losses of world No 1 Novak Djokovic and 11-times champion Rafael Nadal and the absence of Dominic Thiem opened the door for the rest of the field and it’s perhaps no surprise that two of the best players so far in 2021 should be the ones to make it to the final.

A new ATP Masters 1000 champion will be crowned! 👑

It’s a great opportunity for both men to claim a first Masters 1000 title. For Tsitsipas, this will be his third Masters 1000 final, having finished runner-up in Canada in 2018 and on clay in Madrid in 2019. For Rublev, it will be his first, the culmination of a stunning 14 months, during which he has won six titles and established himself in the top 10, while his record of 20-4 tops the list in 2021. He’s guaranteed to move above Roger Federer to a new career-high of No 7 in the rankings and if he wins on Sunday, he’ll go above Alexander Zverev to No 6.

Tsitsipas is not far behind, the Greek reaching the semi-finals at the Australian Open and the final in Acapulco earlier this year and standing at 17-5 going into the final. Should he win on Sunday, Tsitsipas would move above Djokovic to No 2 in the ATP Race – the calendar year rankings – behind Rublev.

Pair tied at 3-3 in head to head battles

This will be their seventh meeting, with the two men tied at 3-3, if you include their first meeting in the Next Gen Finals in 2018, won by Tsitsipas.

“If you look my statistics, Stefanos is definitely one of the top guys I play the most,” Rublev said. “We play him already this year, we play so many matches last year. Of course, for the moment he’s the top player that I’m playing the most, for sure. I’m feeling great and happy to play one more final, especially my first ATP Masters final. It’s going to be tough match. Like I said, we had already many battles with each other last year. Some of them he won, some of them I won. All of them were super tough three-set matches, most of them. Not much to say. I hope we will show great tennis and people will enjoy.”

The fact that their first Masters 1000 final meeting should be on clay is perhaps no surprise; each could claim clay to be their best surface, despite their outstanding results on hard courts. Rublev is 10-2 on the surface in the past 52 weeks while Tsitsipas is 9-3. And Rublev’s win over Rafael Nadal in the quarter-finals is the stand-out performance of the week. 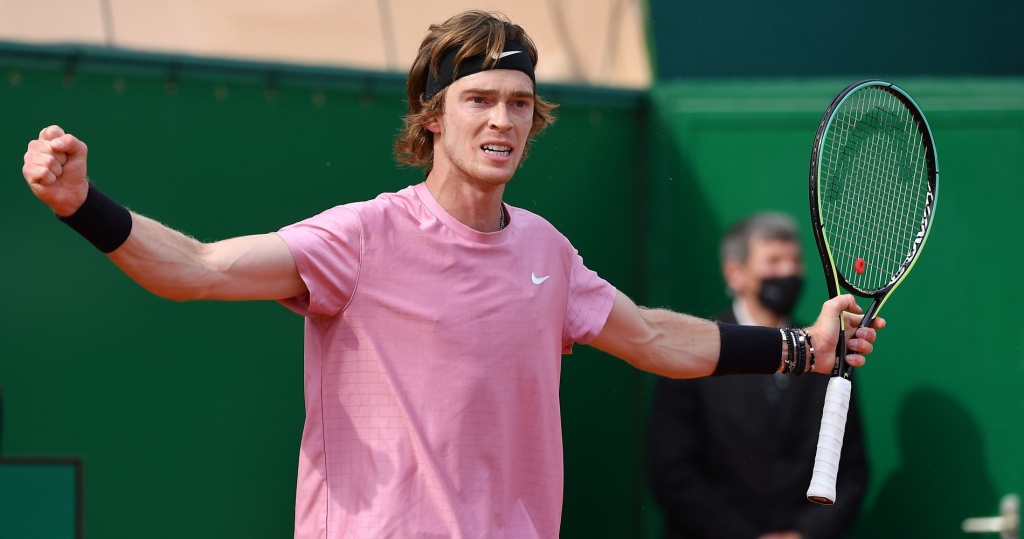 Something to prove for both men

And yet, there are question marks against both men, with Tsitsipas having lost his past three finals and Rublev, despite his stunning last 12 months, still an unsteady bet when it comes to the biggest stages, against the biggest players. And both men blew their lines earlier this month in Miami, where Hubert Hurkacz, who ousted Tsitsipas, beat Jannik Sinner in the final of an event missing Djokovic, Nadal, Federer and Thiem.

But something has to give when they clash in Sunday’s final and with Djokovic and Nadal short on matches and playing catch-up, whoever comes out on top would give themselves momentum and confidence as we head toward Roland-Garros next month, where each of them will harbour hopes of going deep.

Tsitsipas has enjoyed the easier path to the final and says he will be raring to go.

“I’m feeling good, I’m feeling energised, I still have plenty of gas and energy left in me,” he said. “I was able to have all of my matches done in two sets, so that is I would say a big plus. I am happy to be able to play that way, just take it match by match, approach each individual match with the same intensity and energy. That has obviously contributed to that, to be able to finish the matches in two sets, not go to three-setters. Let’s see tomorrow. I’m really focused for tomorrow. I don’t want to be saying more.” 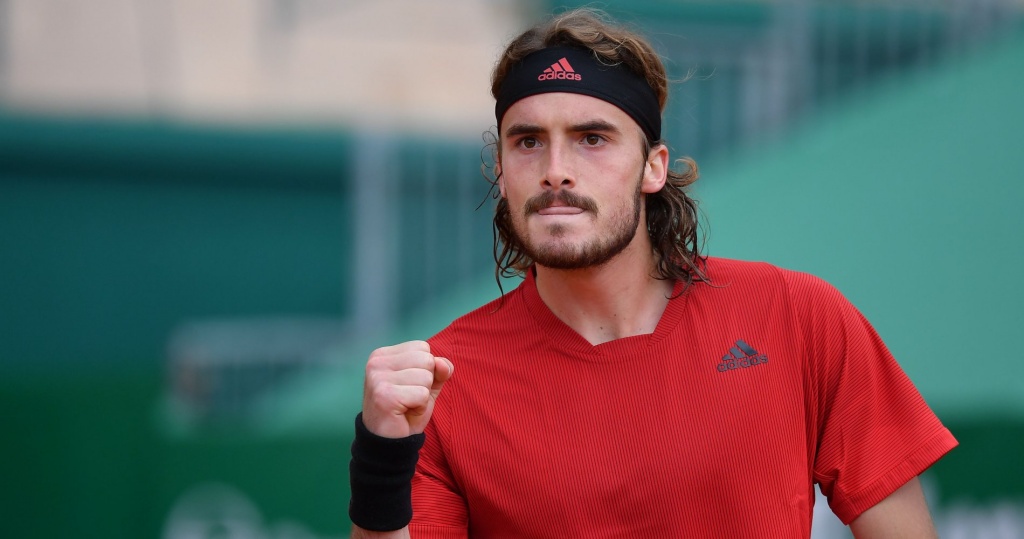 Big opportunity to step up

For all their outstanding achievements on the ATP Tour, winning a Masters 1000 title would elevate either man to a new level. Tsitsipas said it was about time that some of the younger players were competing for the biggest titles.

“We’re kind of used to seeing Djokovic and Nadal go deep at tournaments,” he said. “Just let the young guns show what they got, I guess. It’s how it should be sometimes. Maybe actually always. It’s time for always, not sometimes.”

The fact that neither Djokovic nor Nadal will be on the other side of the net could add to the pressure, with both men knowing the opportunity they have. But Tsitsipas says that will not be a factor.

“It’s more how much I really want it. That doesn’t necessarily add pressure to me. It’s just pure determination, willingness to go over the top to get what I want. I don’t like to think as it of pressure. I wouldn’t call it that way.”