Fritz falls to Bedene, Sandgren storms back against Felix

Taylor Fritz gets upset by qualifier Aljaz Bedene at the Cincinnati Masters on Monday. It was better news for American men, however, with Tennys Sandgren. 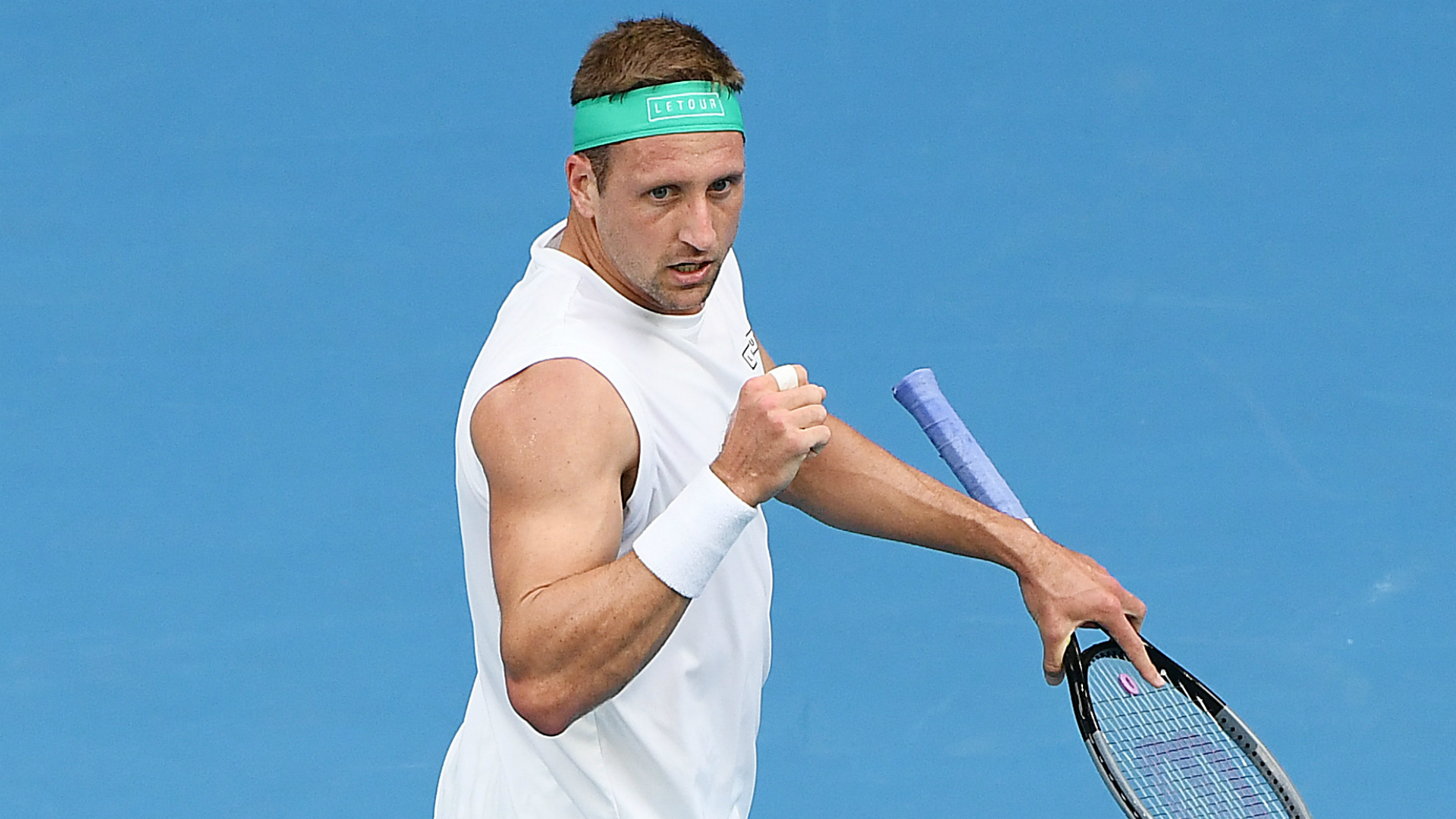 It was an up-and-down ride for American men at the Western & Southern Open on Monday afternoon. The schedule started off on the wrong foot for the host nation when Taylor Fritz lost to Aljaz Bedene 7-6(5), 7-5. Shortly thereafter, however, Tennys Sandgren scored an impressive 6-7(4), 6-2, 7-6(5) victory over Felix Auger-Aliassime.

Bedene’s stay at the Billie Jean King National Tennis Center has already been an extremely productive one. Even before taking out Fritz, the 61st-ranked Slovenian qualified for the main draw with wins over Denis Kudla and Dennis Novak. He then battled past the world No. 24 in one hour and 44 minutes.

Next up for Bedene is defending champion Daniil Medvedev, who rolled over Marcos Giron 6-4, 6-4.

The Sandgren vs. Auger-Aliassime match was more of a wild ride, and not always of the highest quality. In fact, the two competitors combined for more than 100 unforced errors.

For a moment it looked like it would end well before so many errors could be made. After dropping the second set without too much of a fight, Auger-Aliassime was quick to regain momentum in the third. The 20-year-old Canadian broke right away for a 1-0 lead and did not face a single break point while consolidating the advantage to 5-3. With the pressure on at 5-4, however, Auger-Aliassime got broken to love. Two holds later, a tiebreaker had to decide the tussle.

The world No. 20 also had the upper hand much of the way in the ‘breaker, but he cracked at 5-4. A double-fault followed by a wild forehand mistake gave Sandgren match point, and the American capitalized on it by forcing his opponent into an error with a well-struck volley.

A much different kind of match saw another American, Reilly Opelka, advance to the last 16. Doing his best to avoid the kind of grueling rallies that were on display between Sandgren and Auger-Aliassime, Opelka smacked 13 aces past Diego Schwartzman en route to a 6-3, 7-6(4) victory.

The 6’11” world No. 39 took a medical timeout for a knee injury midway through the opening set, but it proved to be a non-issue for the most part. He broke immediately thereafter to give himself the upper hand in the opener and did well to battle back from a break down in the second. Once Opelka forced a tiebreaker, his serve once again proved to be the difference.

John Isner, one inch shorter than his fellow American at 6’10”, made Opelka’s ace count seem pedestrian by comparison. But even though Isner walloped 35 aces, he had much tougher test on his hands. John Millman made the big man work for two hours and 47 minutes before finally succumbing 4-6, 7-6(3), 7-6(5).

Next up for Isner is Stefanos Tsitsipas, who beat Kevin Anderson on Sunday.