Belgium’s Zizou Bergs nearly joined a short list of exceptional, improbable players on Thursday in Antwerp. Even though he lost, his achievement inspired us to dig deeper… 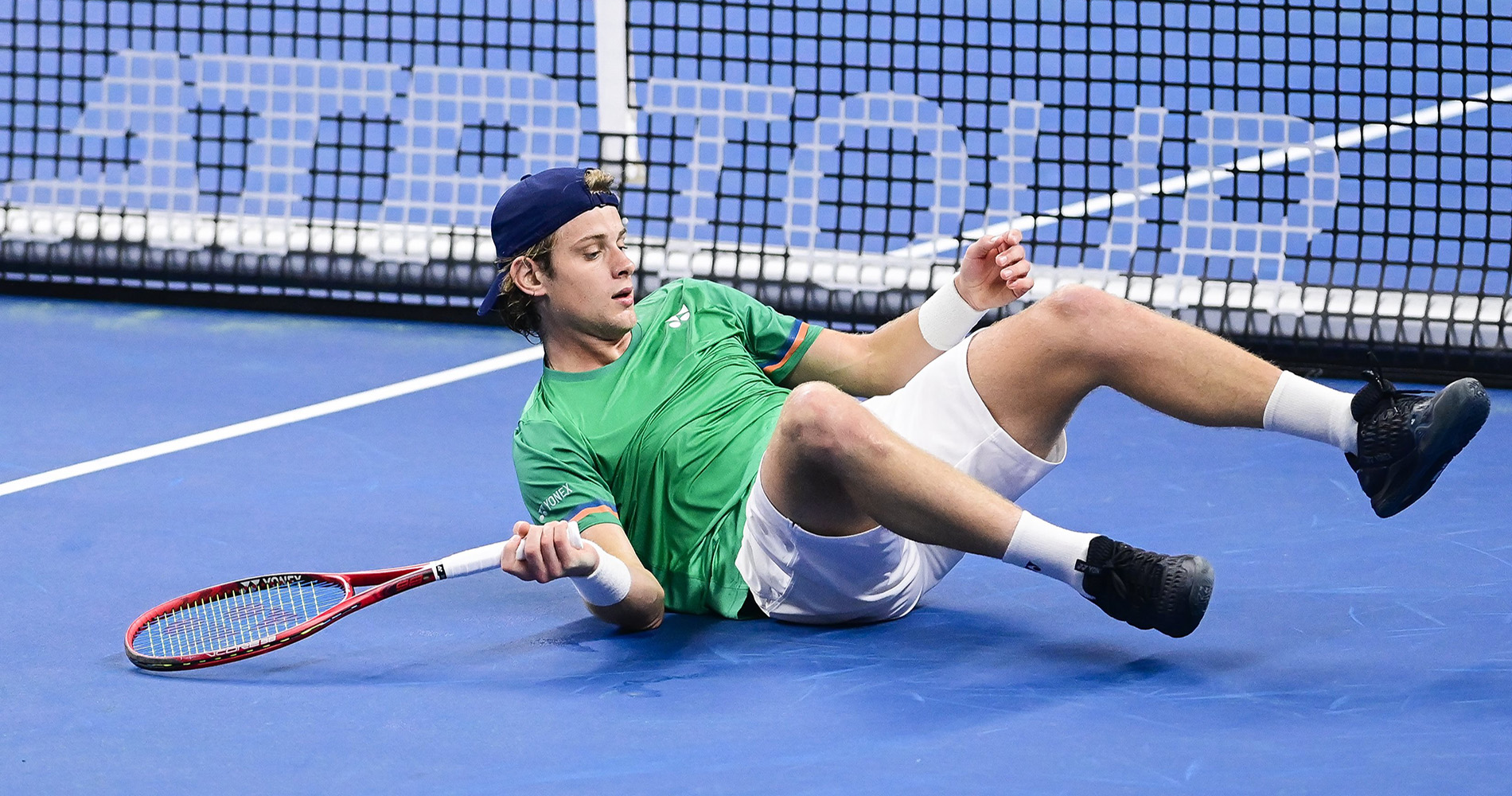 On Thursday at the European Open in Antwerp, Zizou Bergs was attempting to become just the 22nd player ranked outside of the Top 500 to reach an ATP quarter-final since 2000. He failed, but even though the stunningly impressive Belgian fell short in his quest, his improbable and inspiring tennis reminded us of some other wild rides that have come to fruition on the ATP Tour over the last 20 years.

Thursday’s match between 21-year-old Bergs, playing in his first ATP event, and Karen Khachanov, a veteran of nearly 250 ATP matches, is a full-circle moment.

Andy Roddick, the player that Bergs idolised as a junior, is one of just two players to reach ATP quarter-finals as a 17-year-old and with a sub-500 ATP ranking.

"I know and I knew that I have this game, it’s just a matter of a mental way to bring it day in and day out, week in and week out.” @ZizouBergs made a strong introduction in his @ATPTour debut 👇

The other is Khachanov. The Russian was just 17 in 2013, and ranked 808 in the world, when he reached the last eight in Moscow by toppling then world No 27 Janko Tipsarevic, 6-4, 6-4. As one of just 21 players to have reached an ATP quarter-final with a ranking of outside 500 this century, Khachanov belongs to a select group… to which he denied Bergs entry.

The 771-point ranking gap between Khachanov and Tipsarevic at Moscow in 2018 is big, but not the biggest.

Two years ago in Rio, Pablo Andujar, then ranked 1821, defeated Gerald Melzer (ranked 110) to reach the round of 16. By beating a player ranked 1711 spots above him, Andujar created the biggest upset (by ranking) since 2000 on the ATP Tour.

In theory Andujar, who topped out at 32 in the ATP rankings in 2015, didn’t create a miraculous upset. The rankings just made it seem so.

If you’re looking for a truly miraculous upset we may want to turn our attention to Stockholm, Sweden in 2006. That’s where 690-ranked Joachim Johansson defeated then-world No 2 Rafael Nadal, 6-4, 7-6(4). The former world No 9 called his win over Nadal the biggest of his life, and it was his first ATP win since Wimbledon in 2005.

We do sense a theme with these lower-ranked players creating upsets. Johansson in 2006, like Andujar in 2018, was a former star trying to crawl back up the rankings after being devastated by injuries.

They are savvy veterans trying to complete the circle and return to former glory even if their bodies have tried to sabotage that plan for long periods of time.

Speaking of former stars, sometimes they are on the losing end against obscenely low-ranked players as well. We turn the clock back to 2011 for a prime example:

He’s ranked No 3 in the world today, but back in 2011 Dominic Thiem was ranked 1890 and searching for a signature win, which he found in Vienna against the legendary Thomas Muster. This was a rare – and delightful – battle of players ranked outside of the top 1000: one a former giant and Austria’s only Grand Slam singles champion, the other, a beast of a young man with the wickedest groundstrokes, and soon to be the second.

Oddly, with Muster coming in ranked at 1078, this all-Austrian battle marks the only time in which two players ranked outside of the top 1000 met in an ATP match in the last 20 years.

The victory marked Thiem’s first ATP win, and was one of just three times that Thiem has faced a player ranked outside of the top 1000.

Khachanov came very close to becoming the unlucky 13th, but he was able to escape infamy by fighting off the 21-year-old Bergs in three tense sets 5-7, 6-4, 6-4. Maybe seven years down the road, Bergs will find himself in the top 20, trying to defend his ranking against a young upstart. We can only hope.

Even with such legends as Andy Murray, Juan Martin del Potro, Tommy Haas and Goran Ivanisevic on the list of players to have won ATP matches while ranked lower than 500 since 2000, not a single one of them has been able to break through and win a title. Raemon Sluiter, ranked 866 in 2009, is the only one to reach a final, which he did at ‘s-Hertogenbosch.

Two weeks after making history in Rio in 2018, Andujar went on to become the lowest-ranked ATP title winner in 20 years when he defeated Kyle Edmund in the Morocco final. Ranked 355 at the time, the Spaniard’s achievement pales in comparison to the last player outside of the top 500 to claim an ATP title. That would be Lleyton Hewitt, who won Adelaide in 1998 with a ranking of 550.

The circle is closed for now, but young players like Zizou Bergs today, and Khachanov seven years ago, always excite us when they threaten to shake up the rankings and turn the rankings upside down, if only for a day or two.

Special thanks to @JeuSetMaths for help with statistical analysis on this report.