Halep through to play Gauff after ‘best match’ of 2019

Cori Gauff versus Simona Halep could be the pick of the last-16 matches at Wimbledon, although it looked unlikely to happen for a time. 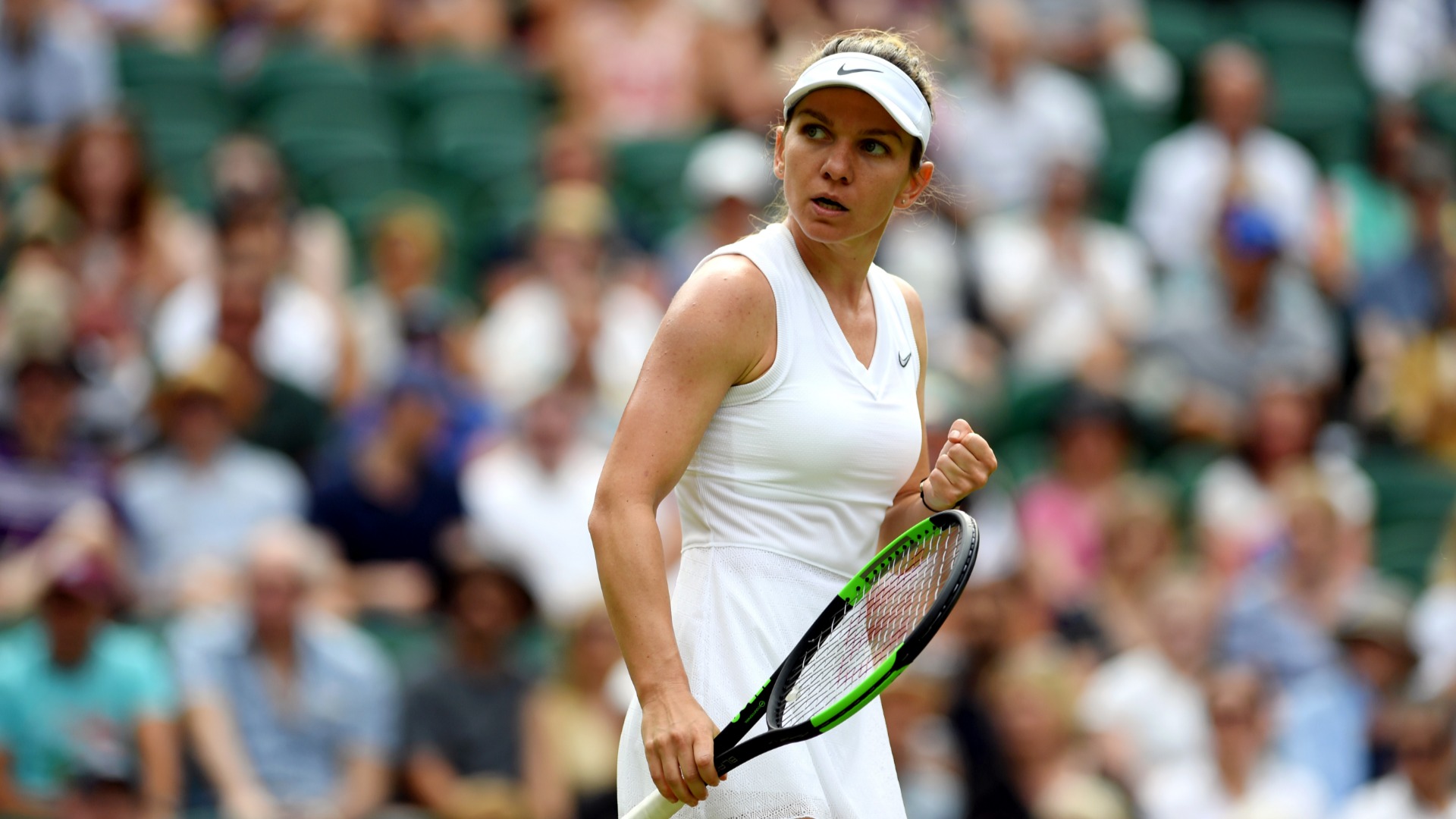 Simona Halep felt she turned in her best performance of the season as she reached the fourth round at Wimbledon, setting up a clash with Cori Gauff.

Romania’s former world number one blew away Victoria Azarenka 6-3 6-1 on Centre Court to advance on Friday.

“I’ve been aggressive all the match, even if I was 3-1 down first set.

“I expected a tough one. I expected she’s going to play well and she’s going to hit strong, so I knew that. I was ready for the match. I’m really happy that I could win against a player such as Vika because she’s a great one.”

Gauff, the 15-year-old American breakout star of the tournament, is up next, although she trailed Polona Hercog by a set and a break when Halep faced the media.

Hands up if you’re still recovering from this set point #Wimbledon pic.twitter.com/lfb1X5WMX3

Halep had acknowledged she knew little about Gauff and instead expressed confidence she could beat Hercog, who she had assumed would progress.

Gauff will be facing a seeded player for the first time at Wimbledon but was optimistic it would not have an impact. “I don’t think because she’s seeded will change me at all,” she said, after a 3-6 7-6 (9-7) 7-5 victory over Hercog.

Caroline Wozniacki has played three grand slam finals, winning one, but she has repeatedly struggled to make a breakthrough at Wimbledon, crashing out in the fourth round on six occasions.

The Dane did not even make it to that stage this year and she bemoaned perceived errors from Hawk-Eye in a 6-4 6-2 defeat to Zheng Shuai, believing the technology was making incorrect calls.

“I thought there was a few ones that I saw way differently. But it is what it is. You can’t really change a Hawk-Eye call,” she said. “Maybe it was right. I just saw it differently.”

The umpires appeared to agree with Wozniacki, but she added: “It’s the technology. It’s supposed to help the umpires and the players. You can’t really do anything.”

PLISKOVA: I ONLY CARE ABOUT MYSELF

Karolina Pliskova was one of two Czech players going through in the women’s singles on Friday, with 22-year-old Karolina Muchova also winning to set up a clash with the third seed.

Marketa Vondrousova reached the French Open final, too, but Pliskova bluntly insisted she has taken no interest in improving her compatriots.

“That’s not my goal. I only care about myself,” she said. “I know it’s ugly. It’s this way in tennis. I don’t really look around.

“For sure, for Czech tennis, for Fed Cup, it’s great that there are so many good players, young players. There are some options. For me, it’s an opponent. I don’t care which country she is.”

If Halep wrote off Gauff too early and Pliskova does not give much thought for the Czech up-and-comers, 19-year-old Dayana Yastremska is at least optimistic about the future of the WTA Tour.

“I think there has to be the day when the new generation have to beat the pros, so it’s nice that now young players are getting to the top,” she said.

“It’s good that I’m in the fourth round, but I hope it’s not the end. I can see myself going further, but I will try not to think about it. I will play match by match, point by point, and we will see where I get.”

Serena Williams’ mixed doubles match alongside Andy Murray was postponed until Saturday, though, due to the length of Gauff’s match.