How a $1 bill propelled women’s tennis into prominence

On September 23, 1970, nine women — including Billie Jean King — signed a symbolic $1 contract that changed the course of history. On Wednesday, 50 years on, the leading women players paid tribute to the efforts of those who paved the way for them. 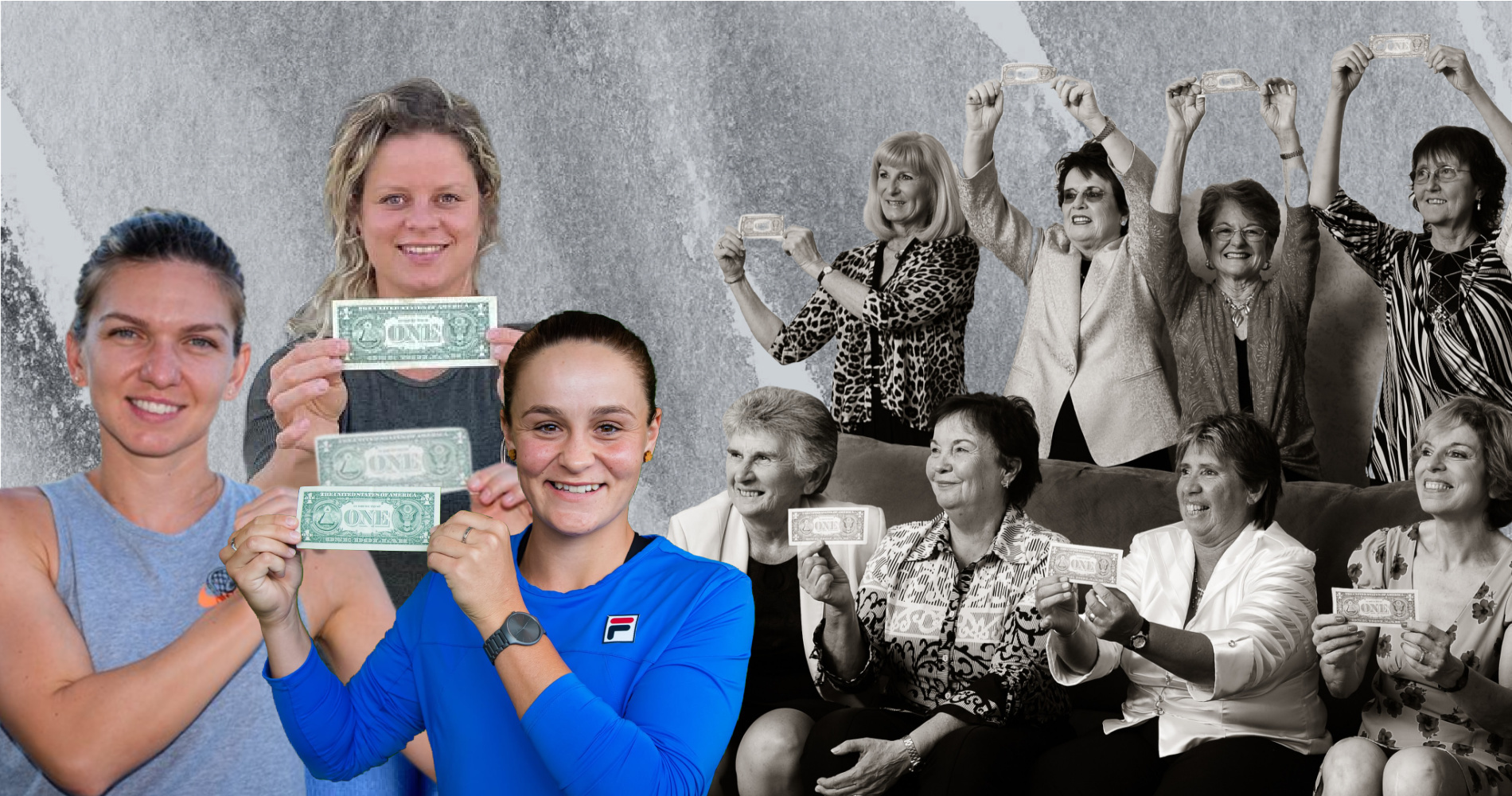 The Original 9 — Billie Jean King, Rosie Casals, Nancy Richey, Julie Heldman, Valerie Ziegenfuss, Judy Dalton, Kerry Melville Reid, Peaches Bartkowicz, and Kristy Pigeon — all came together to sign a contract that would eventually pave the way for the formation of the WTA Tour.

It was a huge risk; the players were threatened by the then USLTA (United States Lawn Tennis Association) with suspension from the Grand Slams and international team events. But having seen their playing opportunities limited since the advent of professional tennis in 1968 and seen their prize money reduced to up to 12 times less than the men, it was one that would change tennis history. Heldman’s mother, Gladys Heldman, who was the publisher of World Tennis Magazine, used her extensive contacts to find a sponsor, and what would later become the Virginia Slims Tour began with a tournament in Houston.

Today, the WTA hosts 60 events in 28 countries, with a total prize money pot of $179 million (including the four Grand Slams) for more than 1,800 players. Since 2007, when Wimbledon finally followed suit, all four slams have carried equal prize money.

Due to Covid-19 restrictions, getting all the most famous women in one place for a photo was not possible. But in Strasbourg, nine top players — among them top-10 stars including Elina Svitolina and Kiki Bertens — recreated the famous photo, posing (at an appropriate social distance, of course) and wearing masks. It was a special 2020 twist, as the WTA said.

The story in 📷 of @WTA_Strasbourg so far. And fittingly on this day, leading with a tribute to the #Original9 —> https://t.co/NpYZSZibmS pic.twitter.com/lyazzWvTvz

At the US Open earlier this month, leading players from Serena Williams to Naomi Osaka, and Petra Kvitova to Coco Gauff, all posed for photos with a $1 bill, and on Wednesday the WTA posted a video with all of them giving their own tributes.

Fifty years ago, nine of the world’s best tennis players put their careers on the line in the name of equality.

Their bravery changed the course of sports history.

Today, and every day, we say… Thank you #Original9 ❤️ pic.twitter.com/NeSsJTFpNK

On Wednesday, Twitter posts came in from all over the world; from world No 1 Ash Barty, to world No 2 Simona Halep, to Anastasia Pavlyuchenkova (one of the nine in the Strasbourg shot), to former world No 1s Kim Clijsters, to Ana Ivanovic, to former Grand Slam champion Gabriela Sabatini and from Billie Jean King herself.

Thank you to each and every person who shared appreciation & love for the #Original9 today, on the 50th anniversary of the signing of the $1 contracts.

We have come so far and made great strides toward equality for all.

But we are far from done. The work must continue! pic.twitter.com/iXeNhFZeUW

Today we celebrate 50 years of the #Original9. Thank you for your love, ambition, courage and fight for equality 🎾
I’m so fortunate be to Australian standing proudly behind two very special members of the Original 9, Judy Dalton and Kerry Melville Reid 🇦🇺 pic.twitter.com/OxWksoxIcC

Celebrating 50 years of the #Original9 – Thank you for your courage and fight for #Equality and for paving the way for us ❤️ pic.twitter.com/HEpsmHrXKA

We wouldn’t be in tennis today if it wasn’t for the #Original9. Billie Jean King & Rosie Casals were part of this amazing movement that set my career & many others in stone 50 years ago today.
Thanks for all that you’ve done 🙏🏼🎾 @WTA #equality pic.twitter.com/hY5UrqGDpn

Thank you #Original9 & #GladysHeldman for being an example in sports and society! 50 years later, I’m proud to be part of the story. @WTA #ADollarMakesADifference pic.twitter.com/OzJD6w40Um