Hubert Hurkacz upsets Stefanos Tsitsipas in three sets at the Miami Masters 1000 on Thursday. Hurkacz awaits either Andrey Rublev or Sebastian Korda in the semi-finals. 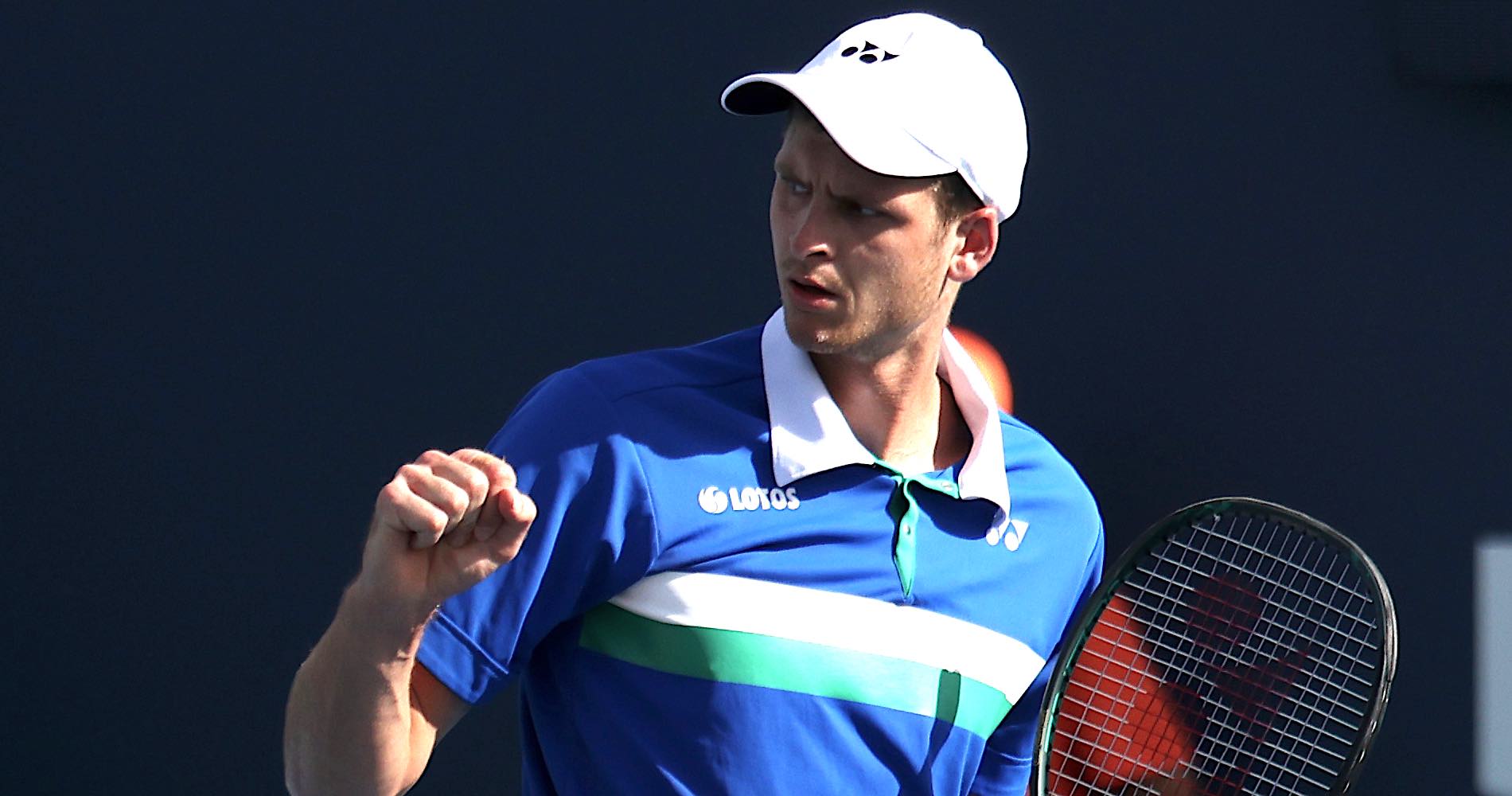 Another top seed fell victim to an already depleted Miami Open men’s singles draw when Stefanos Tsitsipas lost to Hubert Hurkacz in a three-set battle during quarter-final action on Thursday afternoon. Tsitsipas squandered a set and break lead as Hurkacz roared back from a seemingly inevitable defeat to triumph in two hours and 20 minutes.

Slow start with a lot at stake

With the Big 3 skipping this Masters 1000 event and top seed Daniil Medvedev having lost to Roberto Bautista Agut in the quarter-finals on Wednesday night, this title is completely up for grabs. That can put extra pressure on the remaining participants — especially for Hurkacz, who had never previously advanced even to a semi-final at this level.

In the first set against Tsitsipas, the Pole played like the moment was too big for him. He won only 58 percent of his first-serve points in the opening frame, was broken twice, and failed to convert any of three break points.

It appeared to be all but over for Hurkacz when he dropped serve again in the second to fall behind 6-2, 2-0.

Instead, Hurkacz decided that he was not about to go away without a fight. The world No 37 broke back immediately for 1-2 and from there he was off to the races. With Hurkacz raising his level and Tsitsipas growing increasingly frustrated that his lead evaporated, the tide turned swiftly and dramatically. 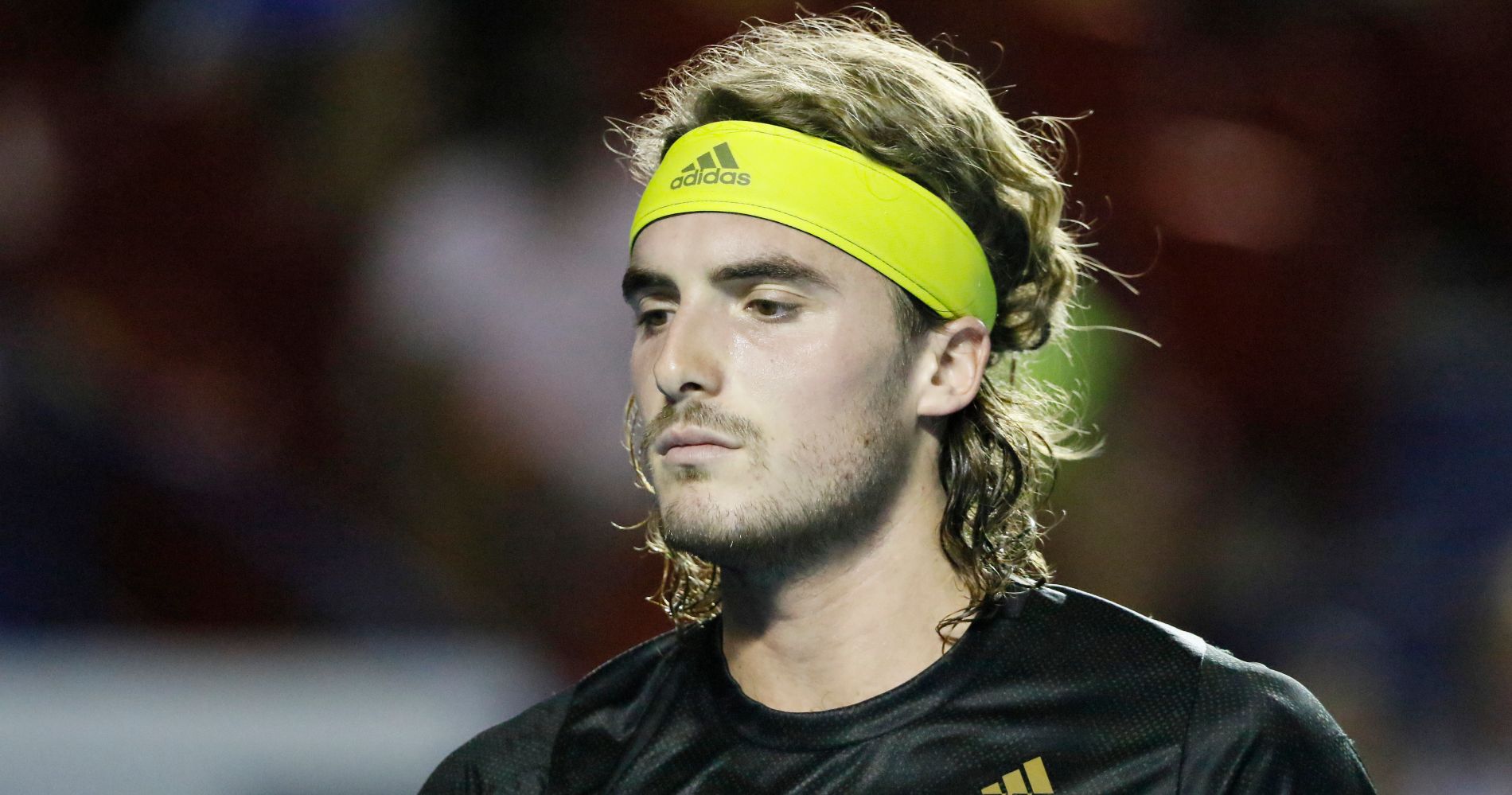 After losing the second set, Tsitsipas began the decider with time violation and the loss of a first serve. The fifth-ranked Greek lost that opening point but ended up holding with relative ease. However, he could not recover after losing serve in the fifth game. Tsitsipas’ last chance came in the sixth game, but a break point went by the wayside. Hukacz managed to hold for 4-2 and kept his foot on the gas the rest of the way. A clutch and convincing hold at 5-4 wrapped up the proceedings in style for Miami’s No 26 seed.

“I was trying to keep fighting and that’s what I did,” Hukacz explained. At the beginning of the match I was going for too much. I tried to adapt my game…. [I’m] super pumped and happy that I turned this match around…. It’s so big; it’s a super big win for me. I can’t wait for the next match.”

Rublev or Korda next for Hurkacz

Hurkacz’s success sends him through to a Masters 1000 semi-final for the first time in his career. He awaits either Andrey Rublev or Sebastian Korda.

Rublev is the title favorite now that Medvedev and Tsitsipas are out. Korda will compete in a Masters 1000 quarter-final for the first time on Thursday night.