Ugo Humbert holds off Alex de Minaur in straight sets to capture the Antwerp title on Sunday afternoon. Humbert’s run to the winner’s trophy including four match points saved in the semifinals against Dan Evans. 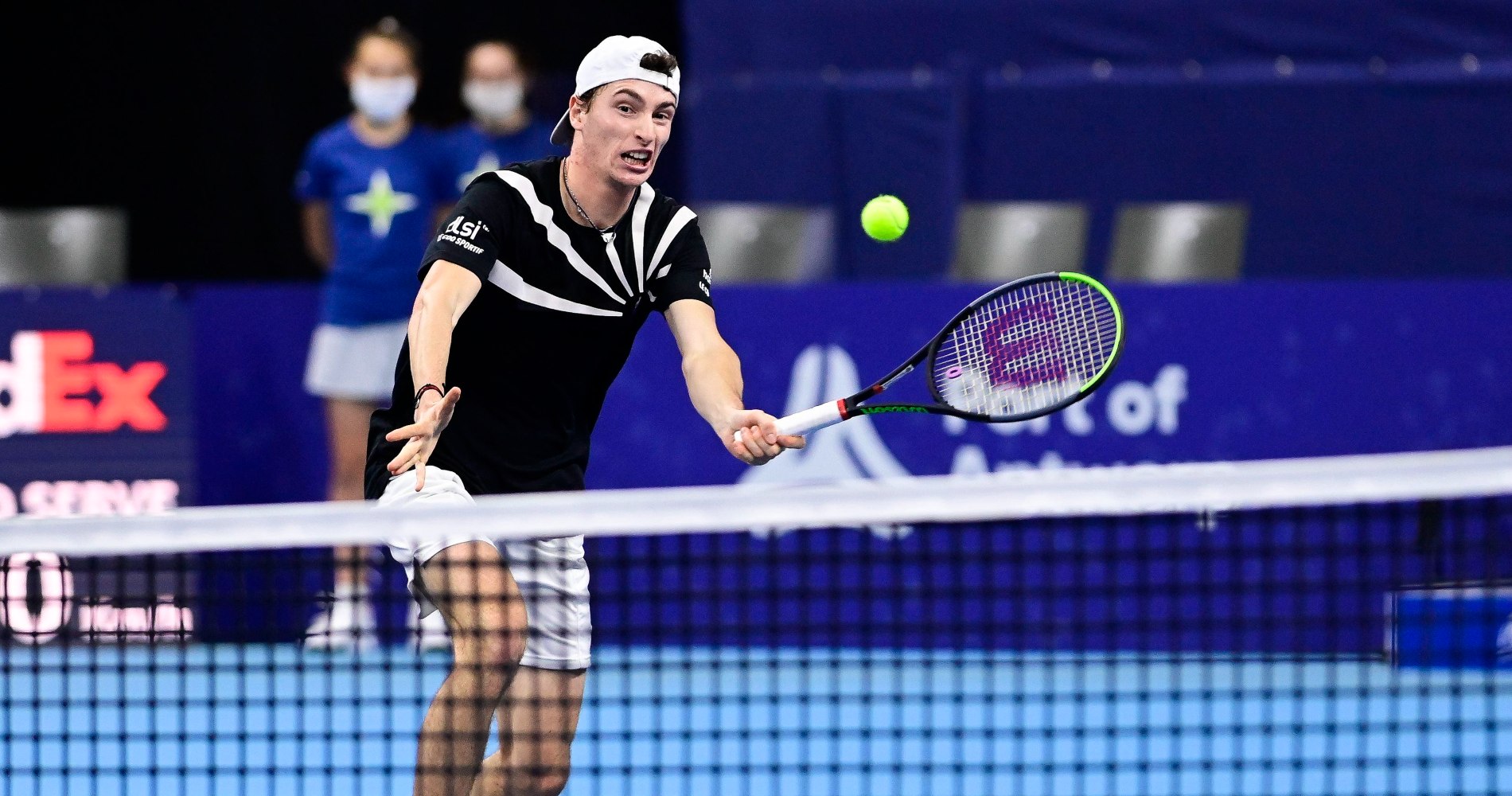 Ugo Humbert is the champion of the European Open after defeating Alex de Minaur 6-1, 7-6(4) on Sunday. Humbert held all 10 of his service games — saving both of the break points he faced — while prevailing in one hour and 37 minutes.

It was a dominant first set for the 22-year-old Frenchman, who broke de Minaur in the second game of the match and quickly raced ahead 3-0. Humbert fought off the two break points to consolidate his advantage.

In set two, de Minaur raised his level considerably to match that of his in-form opponent. The 29th-ranked Australian held all six of service games, saving two break points in order to do so. That led to a tiebreaker, in which de Minaur led by an early mini-break but could not maintain his advantage. Humbert eventually seized a 5-4 lead and took care of the final two points on his own serve to clinch victory.

This marks Humbert’s second-ever ATP title, having previously triumphed in Auckland in January of this year. It was not easy then (beat Benoit Paire in a third-set tiebreaker in the Auckland final) and it was not easy now. During Saturday’s semifinals, Humbert fought off four match points before overcoming Dan Evans 4-6, 7-6(7), 6-4 in three hours and 12 minutes.

“Tennis is completely crazy sometimes,” the world No 38 told the ATP Tour. “It was great to win against Evans yesterday with four match points [saved]. I don’t know what happened today; it was a really nice level, a great match. It is one of my biggest wins,” said Humbert. “I am super happy to win my second title this year against a really great player. I was aggressive like the previous matches and I am super happy to do it.”

“Heck of a week mate,” de Minaur told Humbert during the trophy ceremony. “You definitely deserved to win today. For me, this is a very important week for me. I’ve managed to get back to level I wanted to play at and play another final, which is great for me. This is a huge step in the right direction.”