Richard Gasquet, La Virtuoso, made his experience count as he cruised to a 4-0 win over debutant Grigor Dimitrov on day one of UTS2 at the Mouratoglou Academy in the south of France on Saturday. 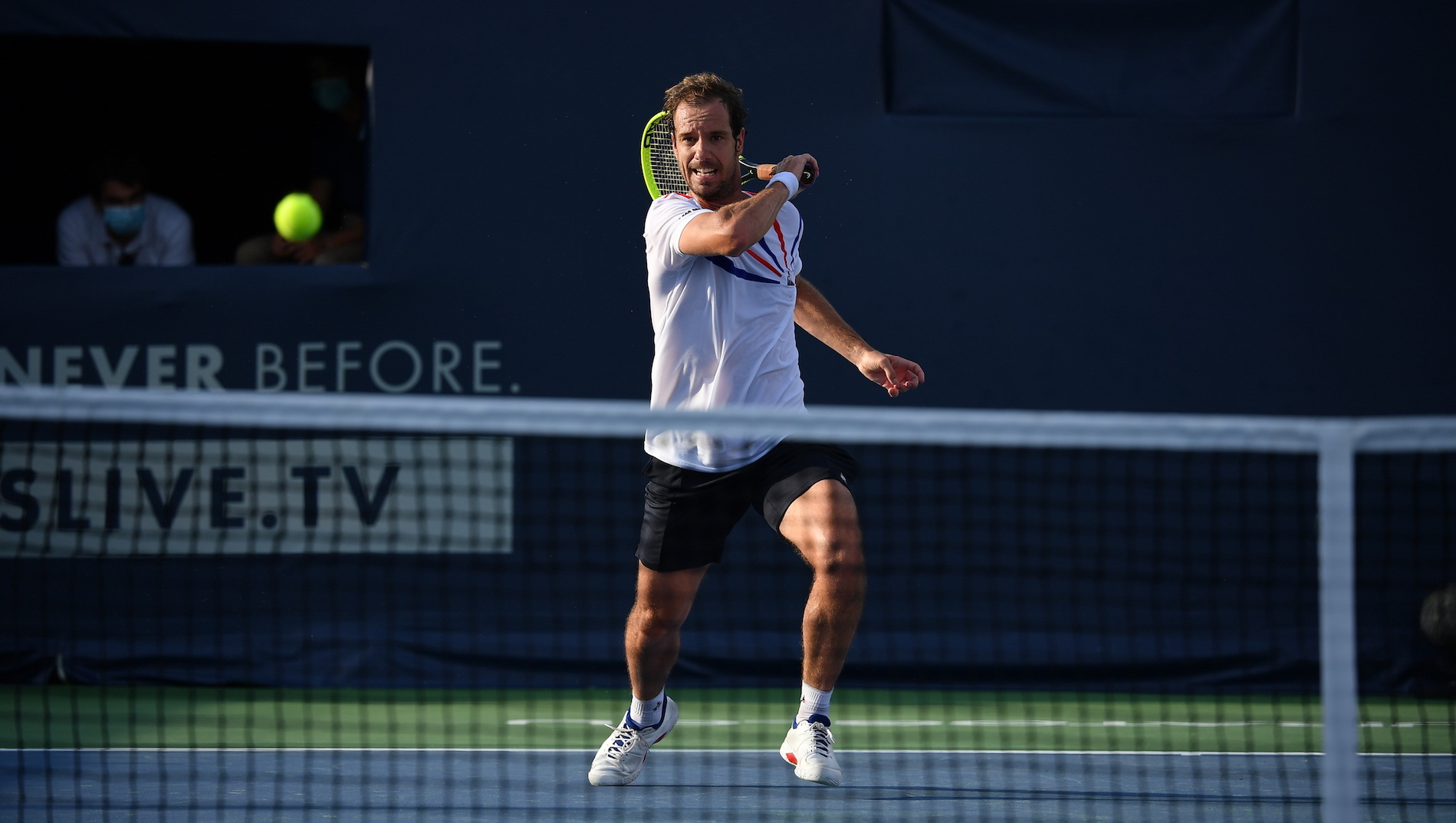 With French DJ Bob Sinclar spinning tunes on the sidelines between quarters, Gasquet fed off the atmosphere with the blend of outrageous backhands and strong serving that worked so well in UTS.

“I played very good, I played well,” The Virtuoso commented. “It was a big match. First time he’s playing here, it’s not easy, but it was a good performance.” 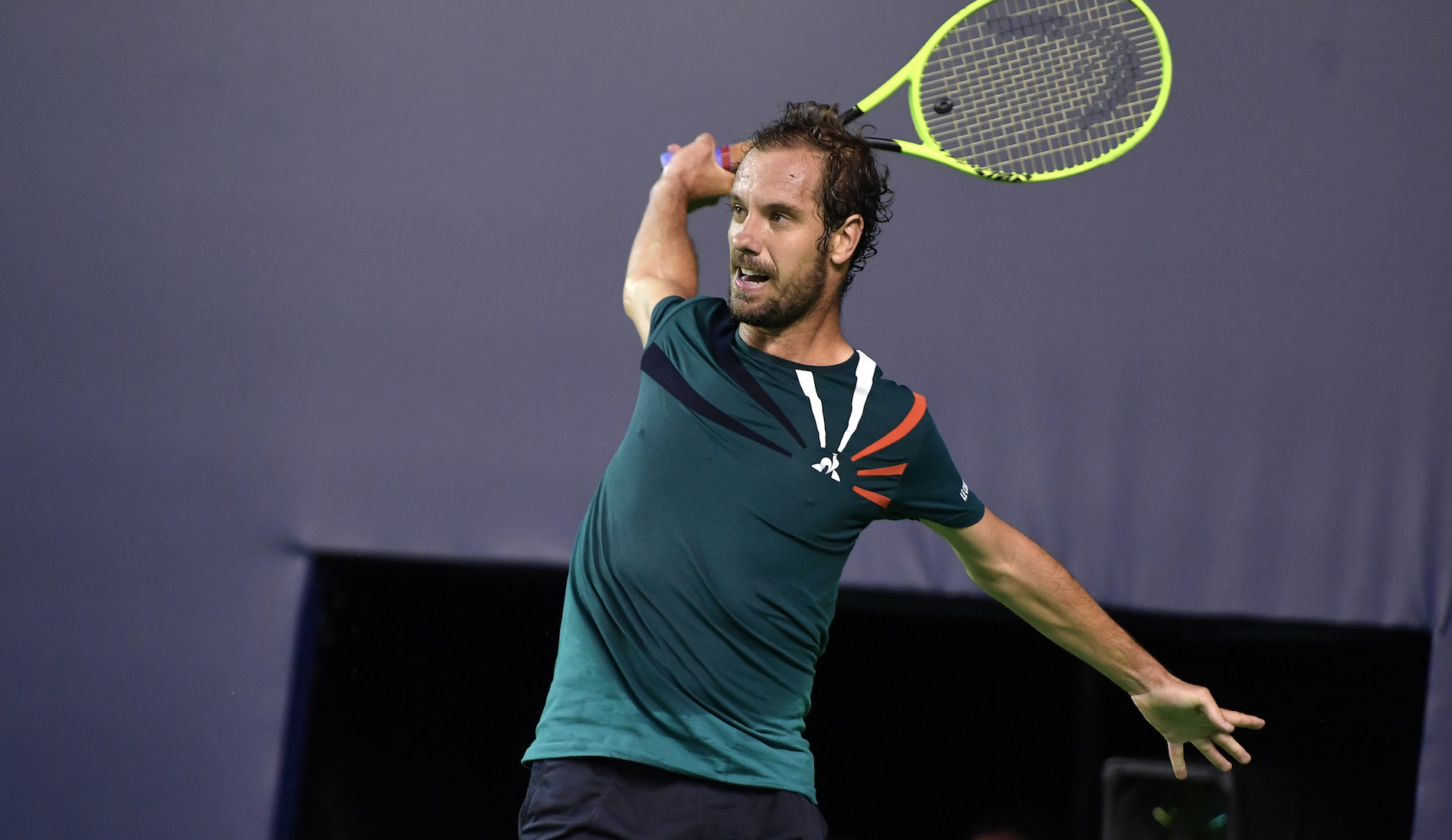 Dimitrov out of rhythm

A couple of new rules probably didn’t help world No. 19 Dimitrov adjust to the format, while the singles court, with the tramlines removed, may also have thrown him off his rhythm. But Gasquet was on it from the start and The Virtuoso rolled to a confident victory to make the perfect start to his UTS2 campaign.

In the first quarter, Gasquet raced ahead 4-0 and though Grigor fought back well to level at 6-6 but Gasquet’s greater experience of the format, in particular, his knowledge of when to use the UTS cards, proved to be the key.

Having moved ahead 11-7 thanks to one of his trademark backhands down the line, Gasquet used the next point counts double card and made it count, leading extending his lead to 13-8 while Dimitrov was unable to make the most of his winner x3 card and the Frenchman ran out a comfortable winner of the opening quarter.

Dimitrov, who was making his return to the court after testing positive for Covid-19 at the recent Adria Tour, was delighted to be back, enjoying the conditions and the sounds of DJ Bob Sinclar courtside, if not the result of the opening quarter.

“It’s great,” he said. “Wonderful to be back on the court, different circumstances, just enjoying it. I had to learn the rules pretty quick. It’s fun.” Grigor rejected the idea of having a fun nickname for the event, like the other players. “ I’ve had way too many nicknames over the years, I didn’t want to have one,” he joked.

When to use the cards

Dimitrov seemed unsure when he should use his UTS cards and with 4 minutes, 20 seconds to go in the second quarter, neither player had used one.

At 9-5, Gasquet used his steal serve card and though he lost both points, he then won the next two on Grigor’s serve, rifling a stunning backhand winner on the second of them to take control. Dimitrov still had his winner x 3 card to use, but he could not take advantage.

“I used the card at the good moment, he didn’t win the two points,” Gasquet said. “The cards are even more important than in the first UTS, because there are more cards. I played 10 matches in the US. I need to win one more set. It’s not over yet.

Dimitrov said he was just happy to be on the court after the virus. “I’m just trying to focus on the things I want to work on,” he said. “I just took a couple of wrong decisions and that was that. I had the virus, so I was at home for a month, not a lot of fun.”

The third quarter was similar to the first two as Dimitrov fought hard early on, only for Gasquet, using his cards well while the Buglarian hung on to his, pulled ahead. Back to back double-faults from Dimitrov didn’t help as La Virtuoso extended his lead to 11-7 and again, the former world No. 3’s winner x 3 card was too late to make an effect, with Gasquet making sure his opponent won just the one point on each.

It just keeps getting better and better from @richardgasquet1

“He’s not used to it,” Gasquet said, of the format. “It was very difficult the first time I played it. I’’ve lived here for five weeks. I know the rules, I am playing well, served well. That’s why I could win.”

The fourth quarter was relatively academic and Dimitrov seemed to lose his head, playing his winner x 3 card on the return as Gasquet wrapped up the whitewash. For the former Wimbledon semi-finalist, though, it was just good to be back on the court.

“It’s been a tough month for me, staying at home,” he said. “I haven’t practised much, lost quite a bit of weight. I’m just working on my game, I’m not in that match-competitive mode, which takes some time, but props also to Richard, he’s playing well.”