In a repeat of the 2017 final, John Isner sent down 24 aces to knock Matthew Ebden out of the Hall of Fame Tennis Championships. 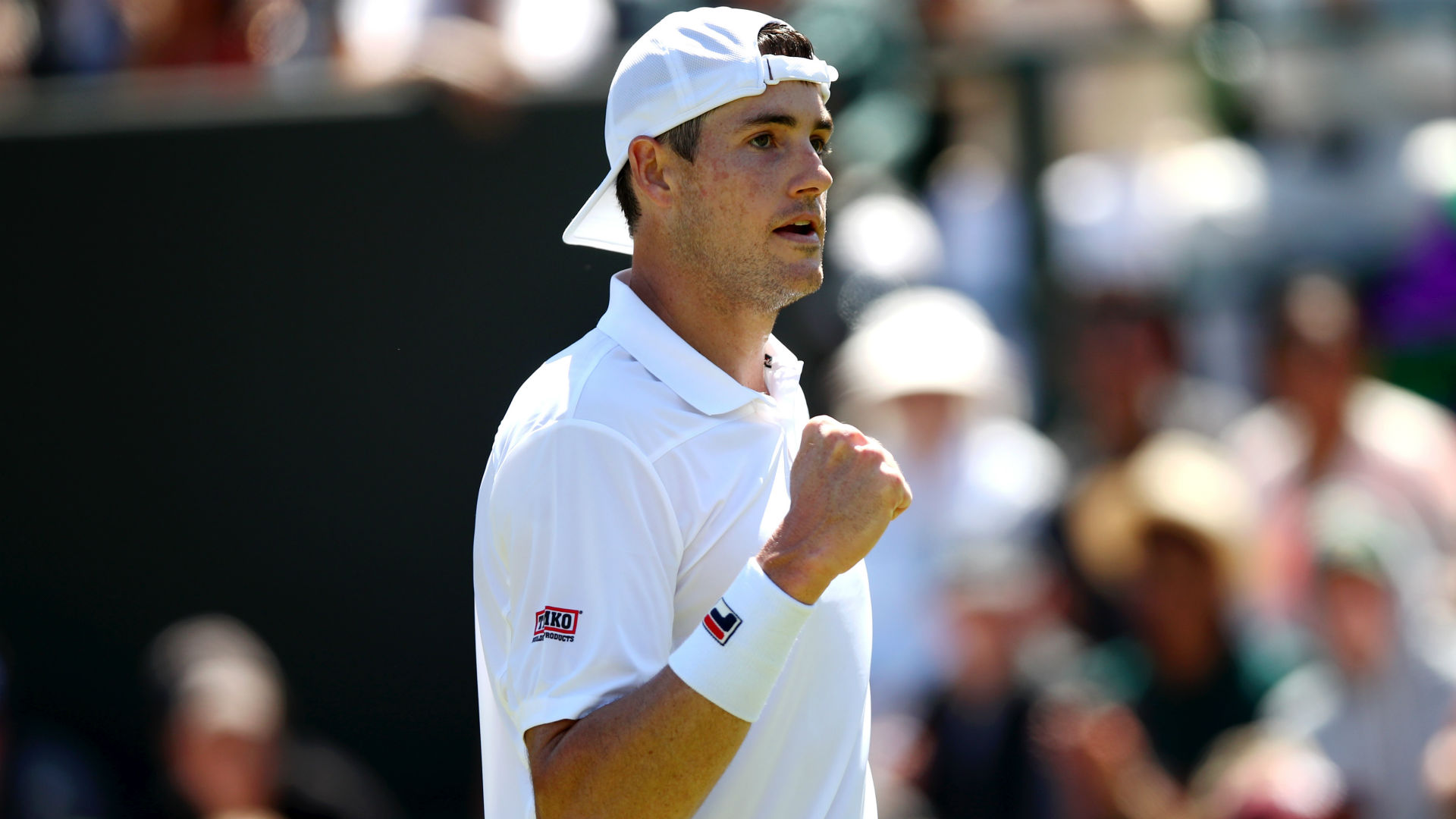 John Isner once again got the better of Matthew Ebden at the Hall of Fame Tennis Championships to remain on course for a fourth title on the grass at Newport.

The big-serving American triumphed over Ebden in the 2017 final in straight sets and while he was taken the distance on Friday, eventually prevailed 4-6 6-3 6-4 thanks mainly to 24 aces.

Isner has now lost just once in six career meetings with the Australian, with his latest victory setting up a semi-final clash with Ugo Humbert, a 7-5 3-6 6-2 winner against Ilya Ivashka.

In the other half of the draw, Marcel Granollers picked up from where he left off on Thursday in his rain-delayed match with Mischa Zverev, triumphing 6-3 6-0. He will face seventh seed Alexander Bublik, who reached his first semi-final on the ATP Tour by beating American Tennys Sandgren.

At the Swedish Open in Bastad, last year’s runner-up Richard Gasquet saw his bid for glory ended by Juan Ignacio Londero, who impressively saved seven of the nine break points he faced. His reward is a last-four clash with 2016 champion Albert Ramos-Vinolas.

Nicolas Jarry made it three successive straight-set victories at the tournament by easing past Jeremy Chardy, while Federico Delbonis progressed at the expense of Joao Sousa.

Attila Balazs continued his fine run at the Croatia Open Umag, the qualifier overcoming Stefano Travaglia in three sets to join seeds Dusan Lajovic and Laslo Djere – who defeated Aljaz Bedene and Leonardo Mayer respectively – in the semis along with Salvatore Caruso, who beat Facundo Bagnis.