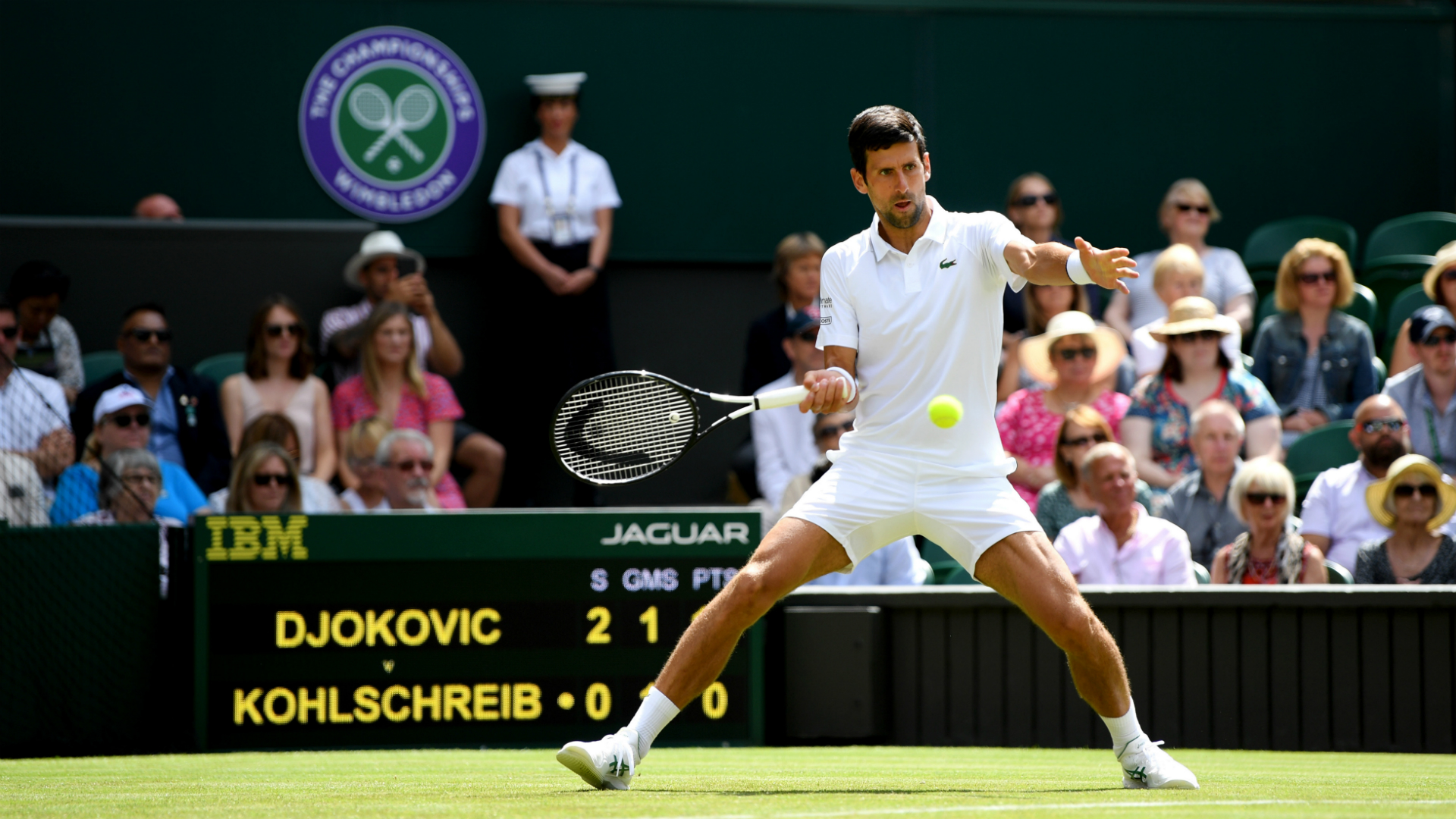 Novak Djokovic may have won in straight sets but he was made to work for his first-round Wimbledon triumph against Philipp Kohlschreiber on Monday.

The world number one started his title defence with a 6-3 7-5 6-3 victory but he certainly did not have it all his own way on centre court at the All England Club.

That may suit the top seed, though, with Kohlschreiber giving the four-time Wimbledon winner the sort of challenge that does not often come in the opening round of a grand slam.

“It felt great [to be back]. It’s a sacred court … it has a very special place in my heart and in my career as well,” said Djokovic, who has recently added Goran Ivanisevic to his coaching team.

No grass court preparations, no problem @DjokerNole defeats Philipp Kohlschreiber 6-3, 7-5, 6-3 to progress to the second round at #Wimbledon pic.twitter.com/lLJKnIkits

Asked on BBC if it was the ideal opening match, he added: “I think so. First opening rounds are obviously tricky if you get a quality opponent like Kohlschreiber, who has got a lot of experience.

“I know that he is capable to play some really quality tennis. It was a great test for me. I did win in straight sets but it was pretty close … I worked hard.”

Kohlschreiber – who beat Djokovic at Indian Wells earlier this year – showed he was up for the fight by breaking in the very first game, only his opponent to immediately strike back.

Djokovic raced to a 4-1 lead and converted his second set point to take the opener in 40 minutes.

The world number 57 started the second impressively, holding to love before breaking. But Kohlschreiber faltered under pressure, failing to consolidate and move into a 3-0 lead.

Instead it was Djokovic who broke back, setting the tone for a thrilling set that ebbed and flowed in all the right places.

Kohlschreiber fought hard to hold serve for 4-3 and 5-4 but Djokovic’s quality eventually told. He roared with joy when making the crucial break, to lead 6-5 in the second set, and then held to love.

The third set followed a similar theme as Djokovic finished strongest, two breaks helping him win the last four games of the match.

Djokovic will now face Denis Kudla in the second round after the American beat Malek Jaziri in straight sets.