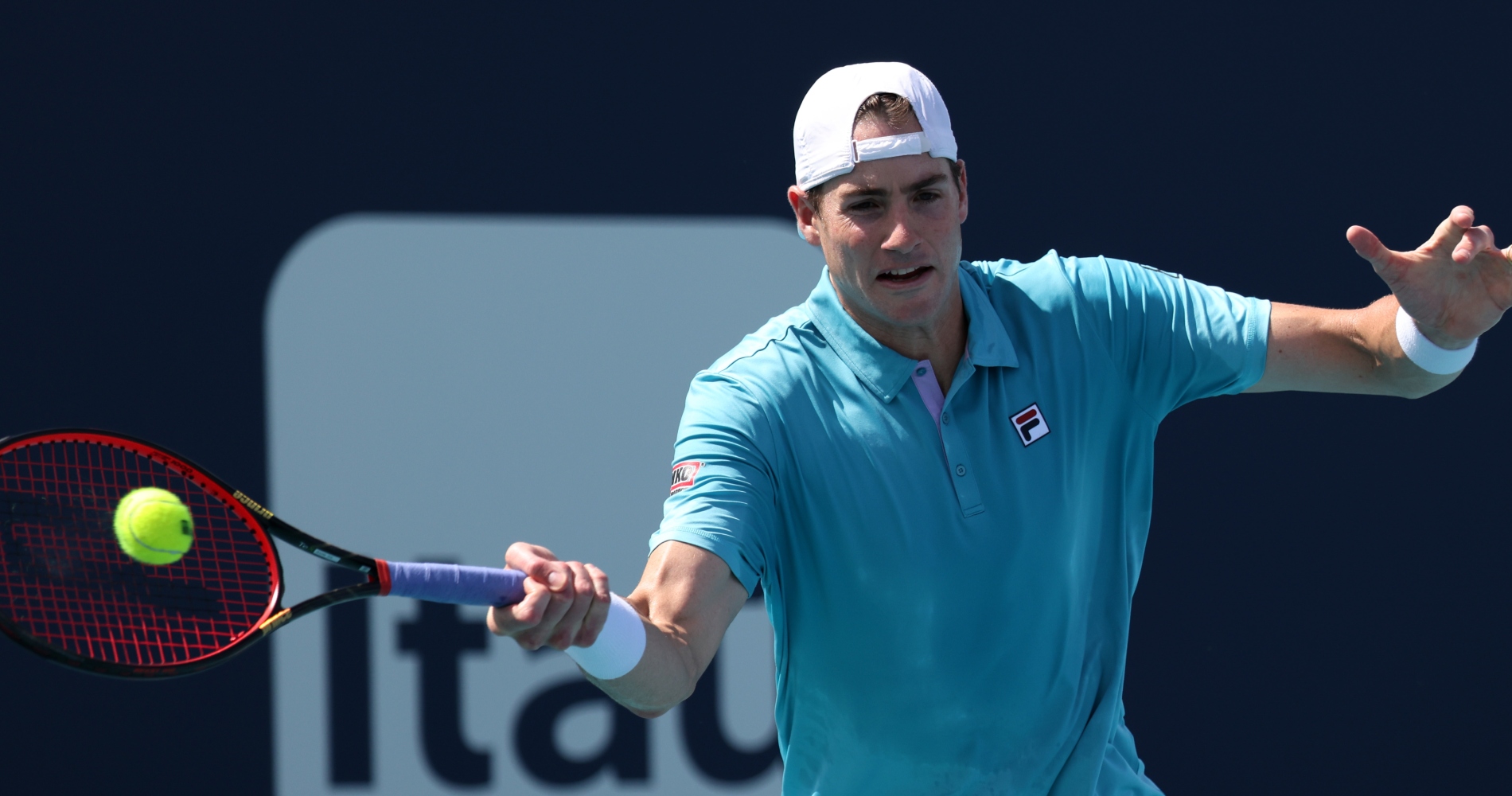 John Isner says the interruption of the tennis calendar due to coronavirus has been tougher on older players than their younger counterparts.

But he was also quick to add that he knew the decision to shut down the schedule was necessary – and he’s enjoyed being able to spend time with his family while he hasn’t been able to compete.

“I think a lot of players in general have been denied just playing opportunity,” he told the press after beating Felix Auger Aliassime in two tie-break sets, 7-6(5), 7-6(5), at the Miami Open.

“But certainly I can speak for myself in saying that over the last year, this is right about when our sport shut down last year, and I have taken a lot of time off. My racquets have been in the closet for a lot of the time. It’s been very, very weird for a tennis player and myself, someone that’s used to literally playing the exact same schedule pretty much for 12, 13 years, of course that was interrupted last year, so for me, the most important thing was to focus on my family and spend a lot of time with them.

“But it has been tough, I think, for older players. The lockdown or shutdown of our sport is a bit tougher on us than younger guys. But it is what it is.”

And reflecting on his compatriots who are also in the Miami draw, the 35-year-old said he thought the current generation of American players still had plenty to contribute – with some rising stars promising plenty in years to come.

“I think the older guys currently, we’ve done a lot of good things, myself, Sam, Stevie, and Jack [Sock] – he’s not even 30 yet.

“The group of young guys coming up that we all know about right now with Taylor [Fritz] and Frances [Tiafoe] and Tommy [Paul] and Reilly [Opelka], Mackie [McDonald] who I played the other night, there are some very, very good players. They have extremely bright futures.

“But I think the onus is on them to keep doing the right things, because the best guys in the world that are their age are extremely good. We know that. We are talking about Medvedev and Tsitsipas, the guys that are top 10 in the world and under 25 years old.

“So our young guys have a lot of work to do, I think, to try to get to that level. They are pretty close. So I don’t think the state of American men’s tennis is too bad right now.”

Isner has had plenty to say in recent weeks, most notably on the principles behind the founding of the PTPA and the problems as he sees them with the ATP.