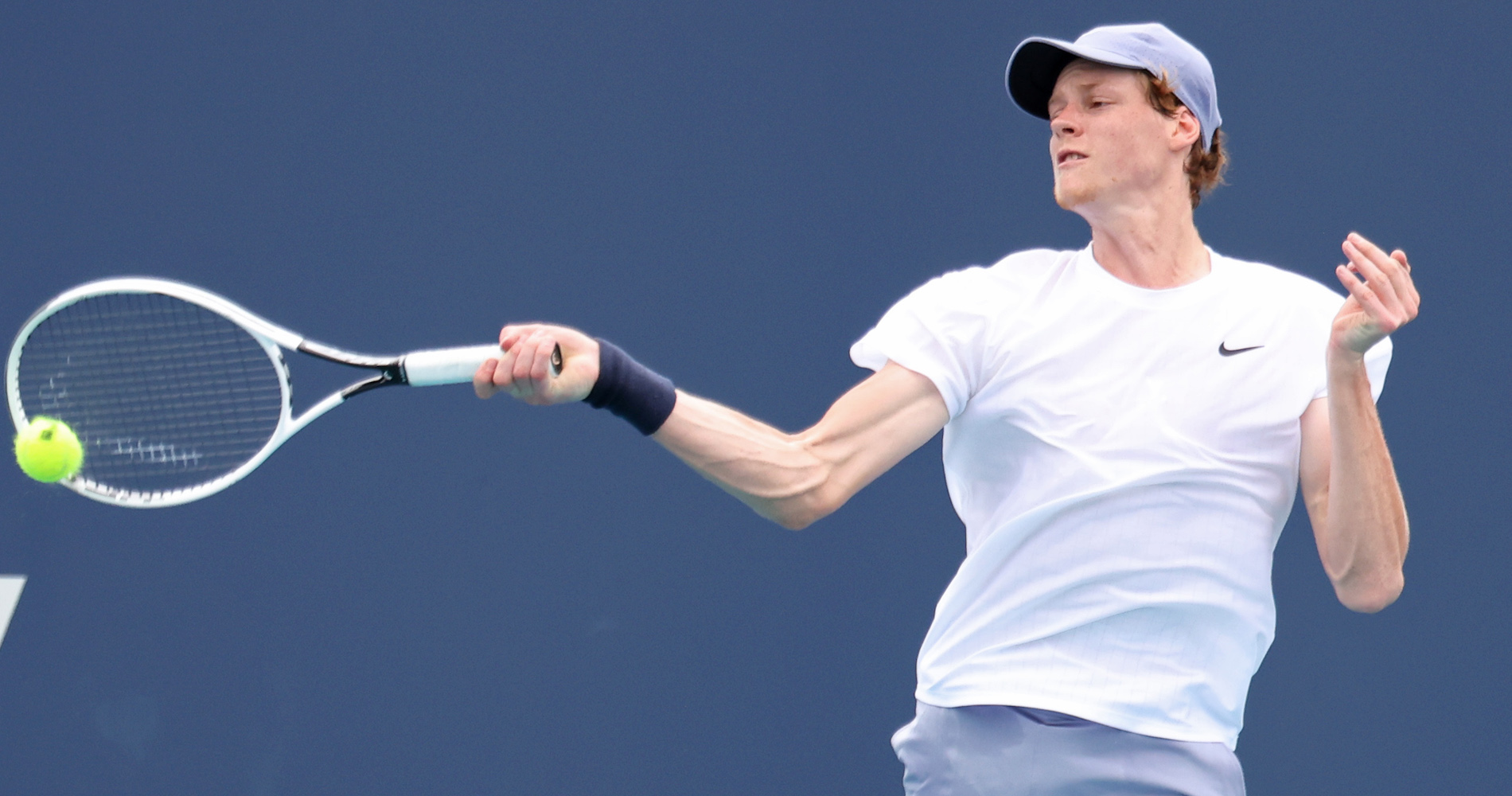 The 19-year-old Jannik Sinner, ranked No 31, produced an impressive performance as he defeated Alexander Bublik, the No 44, 7-6, 6-4 to advance to the semi-finals of the Miami Open. The victory continues Sinner’s rise as he reached the semi-finals of a Masters 1000 for the first time.

Alexander Bublik seemed to struggle in the heat throughout the match, utilising serve and volleying to good effect, but the energy of Jannik Sinner, the 21st seed, was too much for Bublik in the end. Sinner will go on to play the winner of the match between top seed Daniil Medvedev and Roberto Bautista Agut of Spain.

In a contest that lasted one hour, 40 minutes, the first set was fiercely contested with Sinner winning 48 points and Bublik 47. Bublik, using a mixture of enormous forehands, clever slice and lovely touch, broke on his way to a 5-3 lead as Sinner fell into the trap of trying to outhit his opponent, which led to errors. But Bublik couldn’t serve out the set at 5=4 and Sinner held firm, breaking back.

In the tiebreak Bublik looked to have the advantage at 4-1 up, but a double fault destroyed his momentum. Sinner came back strongly and finished off the tiebreak as Bublik hit a backhand over the baseline. Bublik looked to be struggling with the conditions in Miami and his energy and footwork suffered as a result. 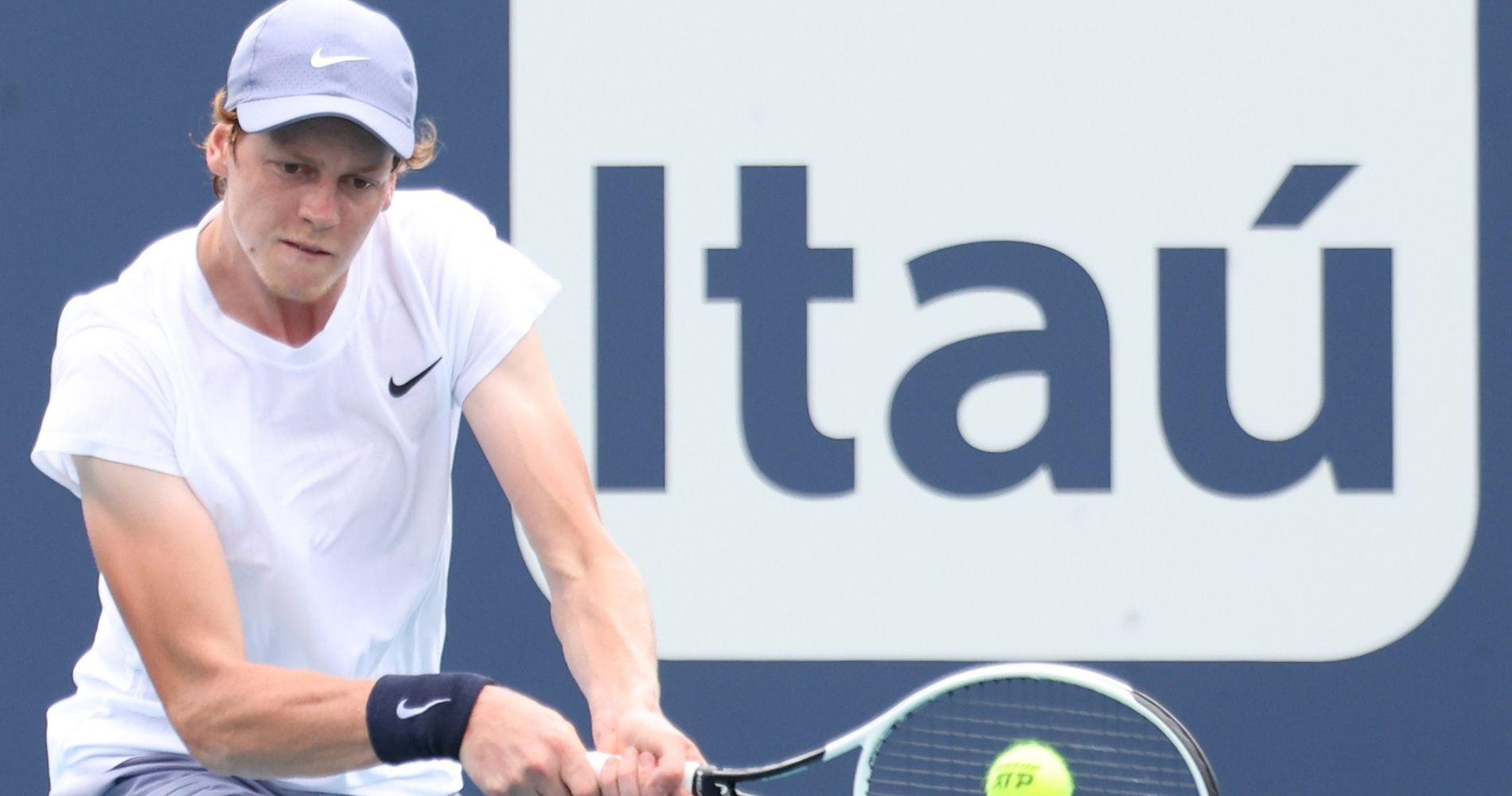 Bublik suffers under the sun

In the second set, Bublik came out of the gates quickly, breaking Sinner and racing into a three game lead. His waning energy levels meant that he was coming to the net after almost every second serve, but his second serve was vulnerable and the strategy worked only until Sinner was able to find his range with some precise passing shots. After this, Sinner was able to break Bublik’s serve and establish a foothold in the set. The break came out of the blue as Bublik looked to be in control until a miscued smash into the net game Sinner the game. A double fault, one of five for Bublik, at break point at 4-4 proved fatal as Sinner was able to serve out for the second set and claim victory.

Bublik made only 58 percent of his first serves to go with the double faults at important moments. He attempted to fix the problem with some underarm serving but Sinner was able to capitalise on the weakness and clinched a victory to continue his impressive week in Miami. The forehand winner he hit to finish the match was typical of a powerful and accurate performance from the young Italian.

After the match he talked about how much the victory meant to him:

“Obviously it means a lot, I think today was not easy, especially playing in Miami, for me my first time, i’m very happy. He is playing incredible tennis, especially in the first set. I tried to stick in the match and play every ball. I feel nervous, i’m just trying to not show it, it helps a lot in this sport.”

The win also means that Sinner is set to climb further in the rankings toward a career-high No 24, with a place in the top 20 a distinct possibility if he can reach the final.