Karatsev shocks Schwartzman to advance to fourth round

Russian qualifier Aslan Karatsev caused the upset of the Australian Open to date after dumping eighth seed Diego Schwartzman out of the tournament 6-3, 6-3, 6-3 on the John Cain Arena. 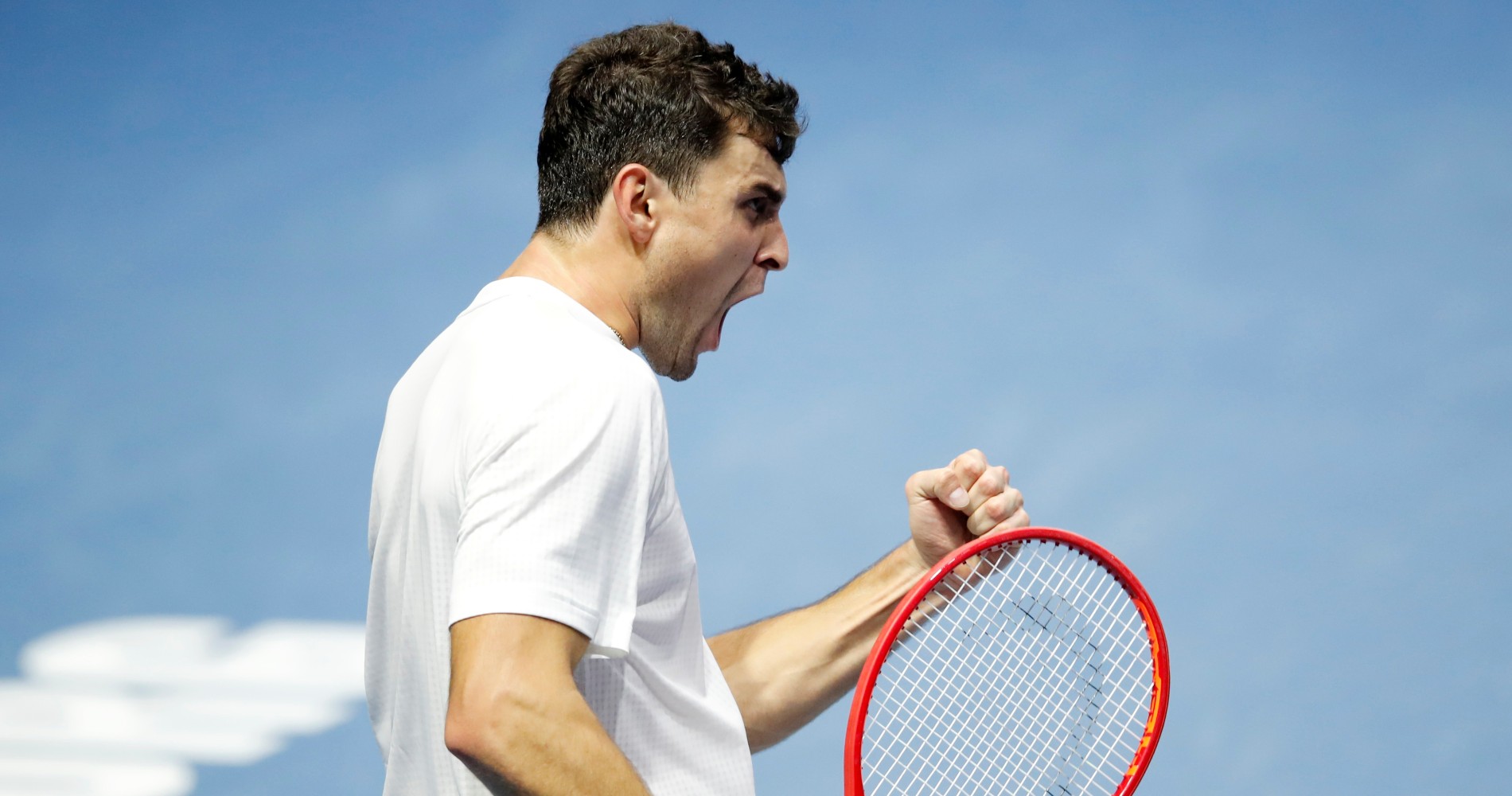 It wasn’t so much the scoreline, but the manner of victory for the world No.114 that was impressive, who bludgeoned an incredible 51 winners with huge forehands taken early and penetrating flat backhands. It was the play of a top 20 player and not of a man playing in his first grand slam main draw.

Having taken the opener in impressive style, a break to love in game 5 of the second set meant it was the qualifier who suddenly had a stranglehold on the match and a huge upset was suddenly in the offing.

No answer to Karatsev’s power

At this early stage, such was the Russian’s superiority, he had 26 winners to Schwartzman’s one. The Argentine needed a rapid response to stay in touch, but despite forging a break chance of his own, Karatsev held firm before breaking again, ripping successive forehand winners to break again and take a 2-0 lead.

A break for Schwartzman in the opening game of the third set was the start of a very tall mountain to climb but it was Karatsev who continued to be effective on return, breaking straight back before edging ahead once more.

“He was playing amazing tennis. Too many winners,” reflected Schwartzman after the match. “I saw 50, I think, hit in the match. And again me, I’m playing good tennis. 50 winners, I think it’s a lot. I think I didn’t serve well. Maybe that was one of the keys in the match because he was really comfortable doing returns.

A third game in succession meant the upset was now well and truly on and only nerves would stop Karatsev claiming a memorable scalp. The Russian had not yet lost a set in the tournament and had only once before beaten a player in the top 50, that being Tenys Sandgren.

But today, Karatsev was no respecter of reputation and held his nerve, saving three break points of his own before serving out a famous victory.

Only four men had reached the round of 16 on debut since the start of the century, now add Aslan Karatsev to that list. He will next play the winner of the all-Canadian clash between Denis Shapovalov and Felix Auger-Aliassime.