Before his clash with Rafael Nadal at the Australian Open, Nick Kyrgios warmed up in a Kobe Bryant jersey. 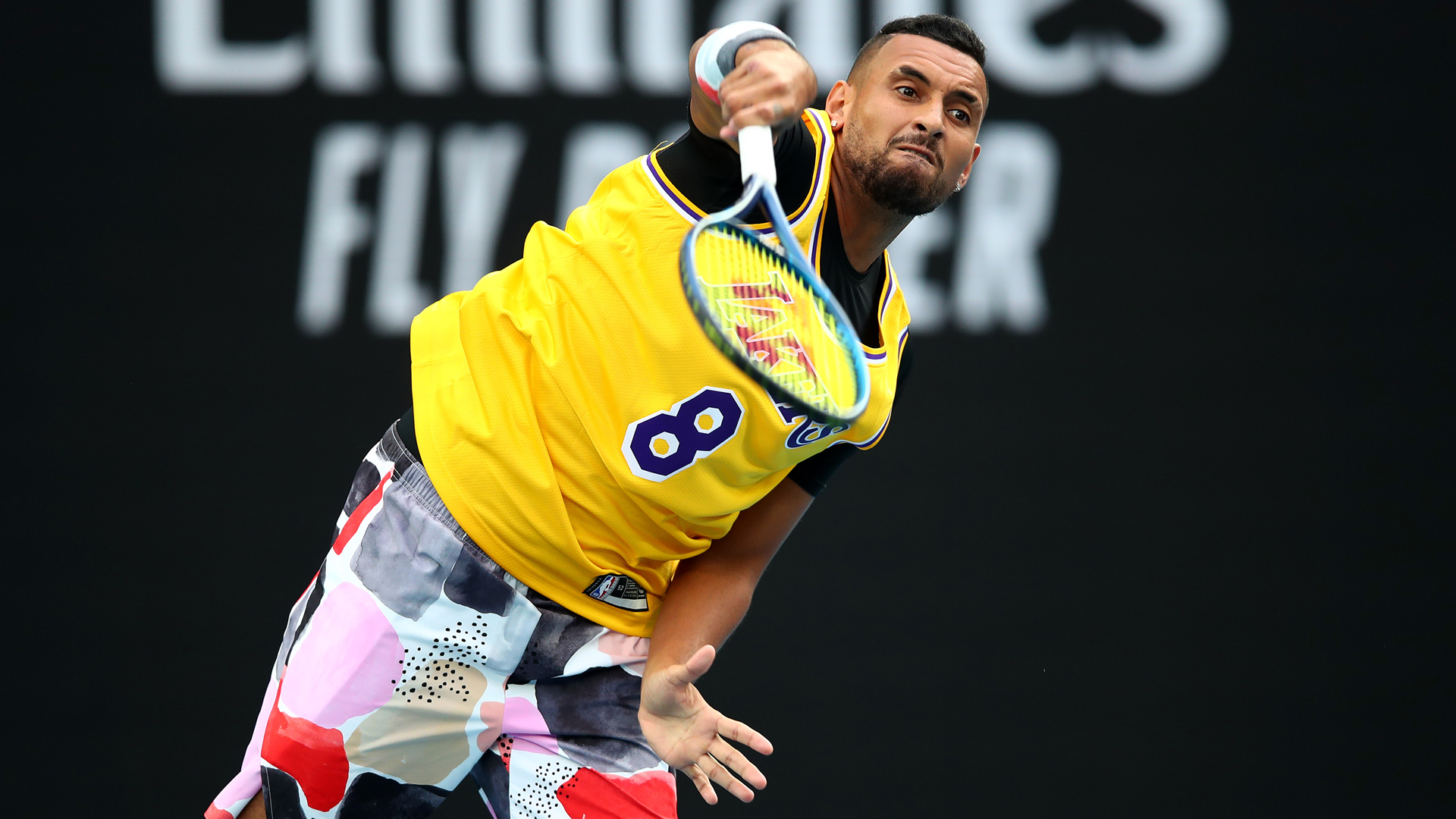 The Australian, a huge basketball fan, wore a Los Angeles Lakers jersey with the number eight Bryant made famous to begin his career.

A visibly emotional Kyrgios received a fine ovation as he entered Rod Laver Arena in the jersey.

Lakers great Bryant, 41, and his 13-year-old daughter Gianna died in a helicopter crash in Calabasas, California on Sunday.

The sporting world celebrated and mourned Bryant after his shock death.

Lionel Messi and Cristiano Ronaldo were among the football stars paying their respects, while the NBA world mourned Bryant’s passing.