Dominik Koepfer eases past a hobbled Lorenzo Musetti on Friday in Rome. Musetti had previously knocked off both Stan Wawrinka and Kei Nishikori. 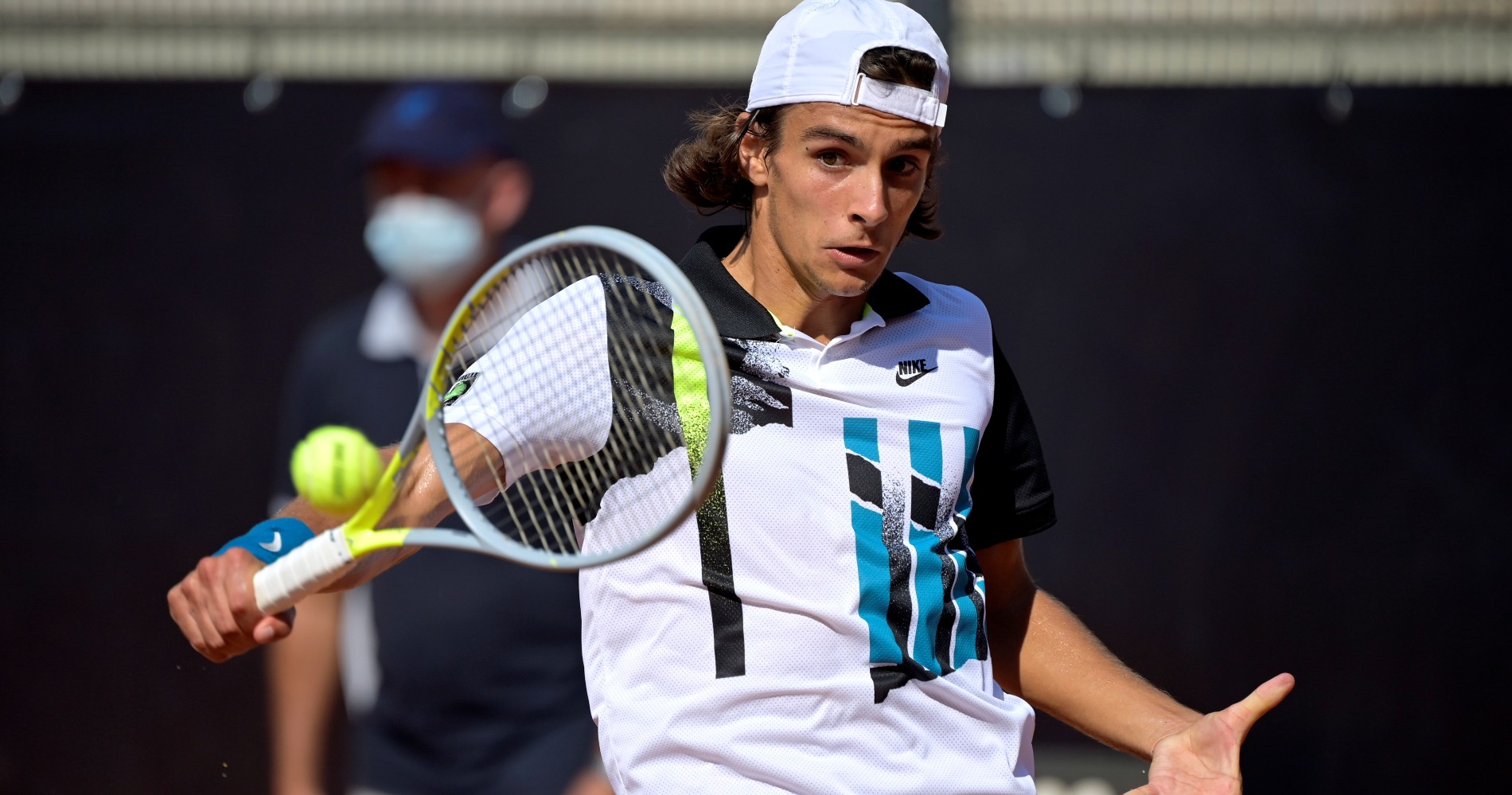 Both of the Italian teenagers left in the Internazionali BNL d’Italia saw their journeys come to an end on Friday. Following Jannik Sinner’s third-round loss to Grigor Dimitrov, Lorenzo Musetti went away quietly in the form of a 6-4, 6-0 setback against Dominik Koepfer.

Musetti, just 18 years old, had made a brilliant run to the third round by beating Stan Wawrinka and Kei Nishikori after qualifying just to get into the main draw. But suddenly he found himself as a favorite against a fellow qualifier, so the situation was much different. A should injury that popped up following the first set did not help, and Musetti was unable to provide almost any resistance throughout the second.

Koepfer’s reward is a quarterfinal showdown against Novak Djokovic. The world No 1 battled through a competitive contest against Filip Krajinovic, prevailing 7-6(7), 6-3 over his fellow Serb in two hours and seven minutes.

“Koepfer is tough–he’s a hard worker; lefty,” Djokovic assessed. “Hopefully I’ll start off better than I did today.”