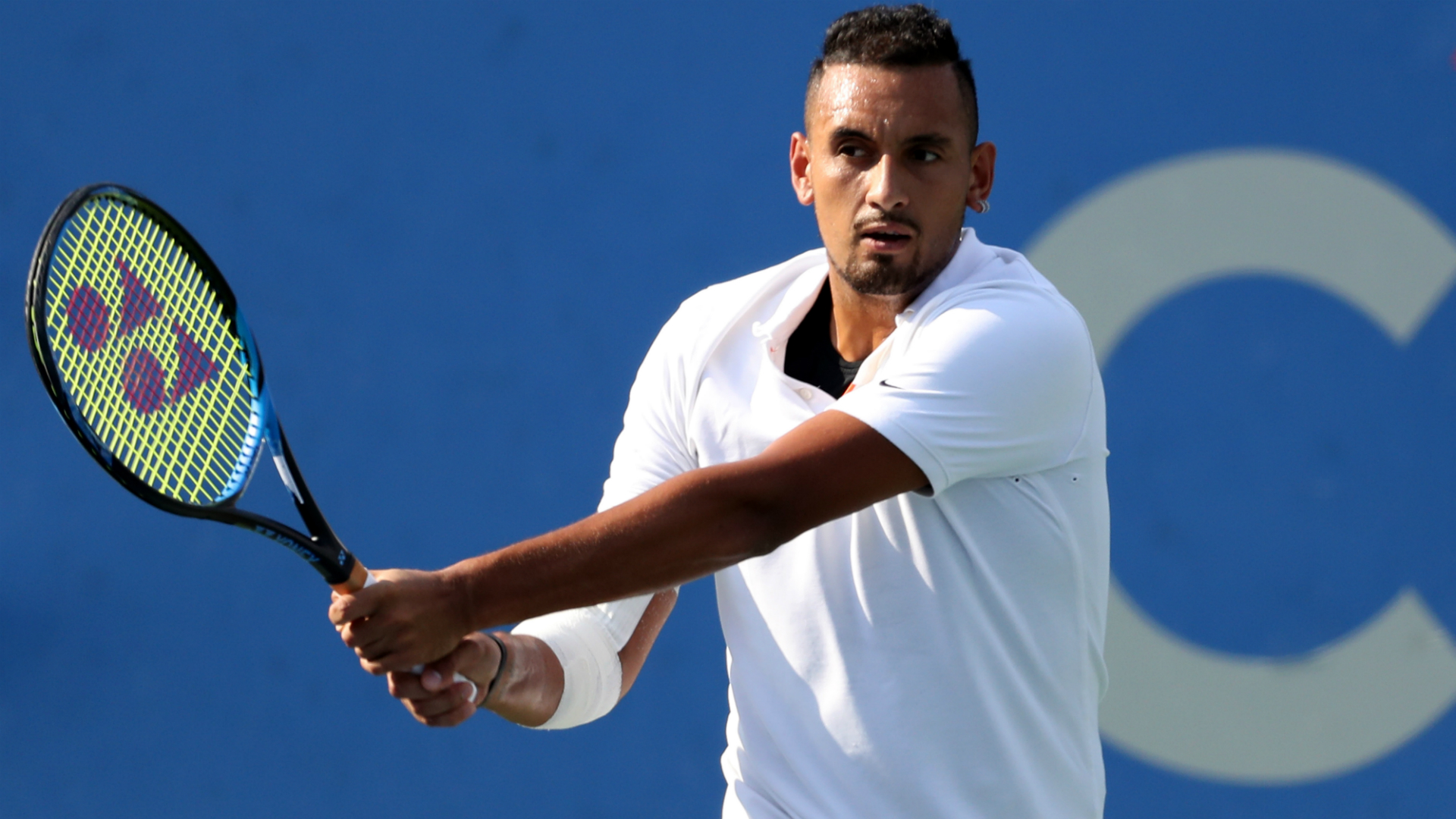 Nick Kyrgios claimed his second ATP 500 title of the year after overcoming Daniil Medvedev in the Citi Open final.

The victory added to Kyrgios’ Mexican Open triumph earlier this year, while it was his sixth career ATP trophy as he improved to 5-1 against top-10 players this year – the best record on tour.

Kyrgios put on a show against top seed Stefanos Tsitsipas in the semi-final and while Sunday’s decider did not reach those lofty heights, there was still plenty of quality.

The moment @NickKyrgios claimed the @CitiOpen title… *with a little help from a fan* #CO19 pic.twitter.com/UaMwEQkoy9

The 24-year-old – who never faced a break point and hit 18 aces – and Medvedev went toe-to-toe in an evenly contested opening set.

Medvedev only lost one service point before the first-set tie-break, which he had led 4-1 and 5-2 before Kyrgios stormed back to win it.

Kyrgios took a medical time-out for a back issue having stretched during changeovers towards the latter stages of the first set.

As the second set wore on, Kyrgios showed no signs of the back problem and like he did against Tsitsipas – the former world number 13 asked a fan where he should serve before delivering another ace out wide to prevail in the tie-break.