Dominic Thiem fell at the first hurdle for the second year in a row at Wimbledon, where Rafael Nadal and Nick Kyrgios will meet on Thursday. 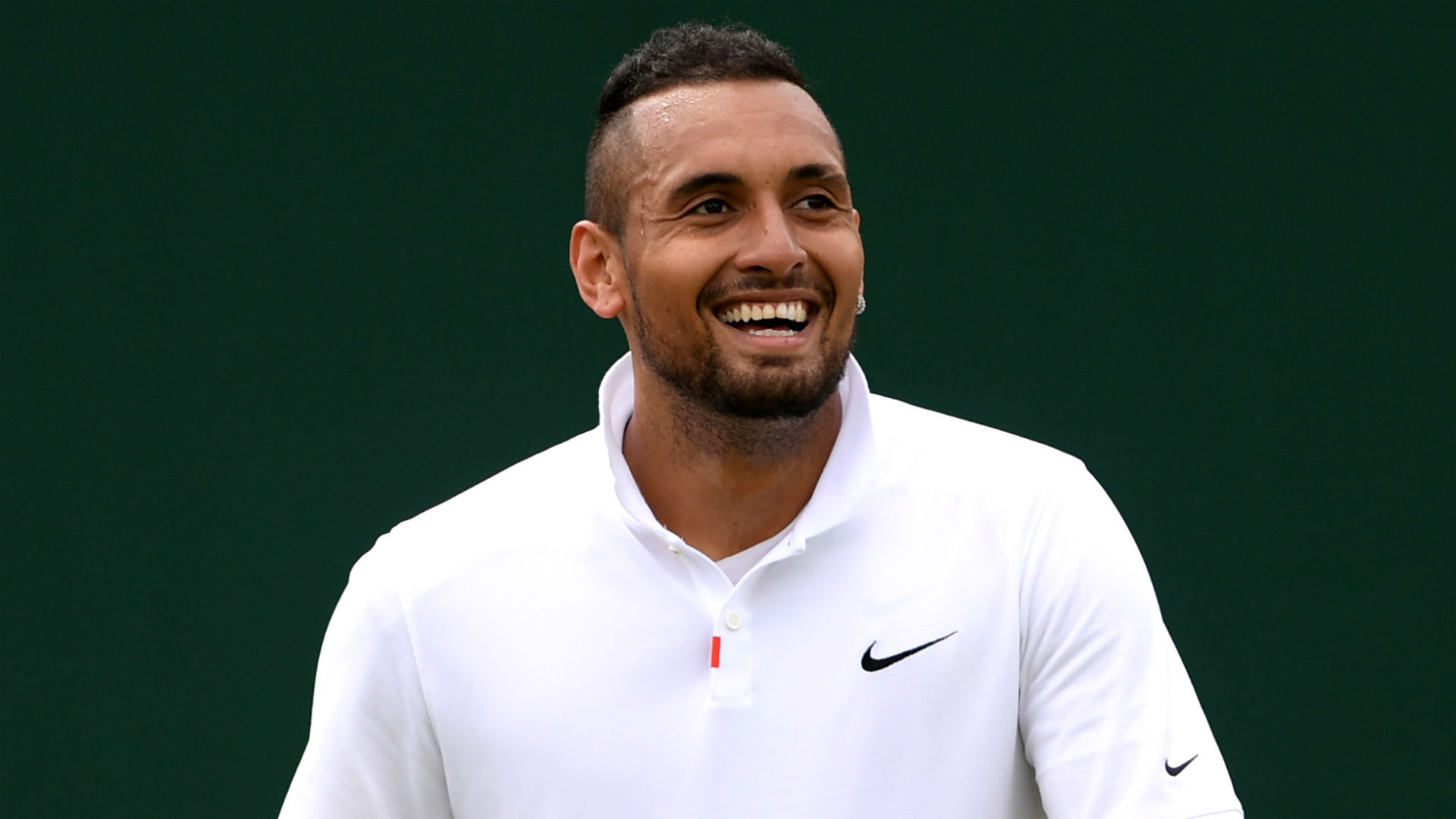 Rafael Nadal set up an eagerly-awaited Wimbledon showdown with Nick Kyrgios and Roger Federer recovered from a shaky start to reach the second round, but Sam Querrey knocked Dominic Thiem out on day two.

Nadal was labelled “super salty” by Kyrgios before the Spaniard peppered his opponents at the French Open, winning the title for a 12th time at Roland Garros last month.

Third seed Nadal eased to a 6-3 6-1 6-3 victory over Yuichi Sugita on No.1 Court on Tuesday and will now face controversial Australian Kyrgios, who got past compatriot Jordan Thompson in five sets.

Bernard Tomic denied ‘tanking’ after he was dispatched 6-2 6-1 6-4 by Jo-Wilfried Tsonga in only 58 minutes – the shortest men’s singles match at the All England Club since 2004.

KYRGIOS READY TO ‘HAVE SOME FUN’ AGAINST NADAL

Kyrgios was bagelled in the fourth set by Thompson before winning the final set 6-1 in a typically unpredictable performance.

Nadal and Kyrgios have beaten each other three times in their six encounters and the world number 43 is relishing their next battle at SW19, where he came out on top in their first meeting five years ago.

“I have to come with the right attitude, I have to be willing to fight. If not, it’s going to be butter for him. He’s one of the best tennis players,” said Kyrgios.

“I’m not going to think about it. I need to rest, recover, I have a day out, then I want to go out there and have some fun.”

MY LEGS WEREN’T MOVING – NO EXPRESS START FROM FED

Second seed Federer was not at his imperious best in his opening match of the tournament, dropping the first set to the 86-ranked South African Harris.

Normal service was resumed as the 20-time grand slam champion got into the groove, hitting 42 winners and breaking six times to book a meeting with British outsider Jay Clarke.

“I didn’t feel necessarily nervous at all during the day before. I think once I got going, just legs weren’t moving and things were not happening,” Federer said.

And the world number four acknowledged he suffered from a lack of time on grass.

“There’s still things which are not easy,” the Austrian said. “Last year and this year together, I played four grass-court matches, which is not a lot at all. And the clay-court season takes a lot out of me.

“I gave everything I had physically and also mentally in the six weeks up to the end of the French Open. Then I had to take the decision to come here without any preparation.”