Linz recap: WTA season ends with another title for Sabalenka

The two top seeds — and doubles partners — met in the Linz final to conclude an interesting week in Austria. It was Aryna Sabalenka who ended up having the upper hand over Elise Mertens. We assess the tournament’s most important moments. 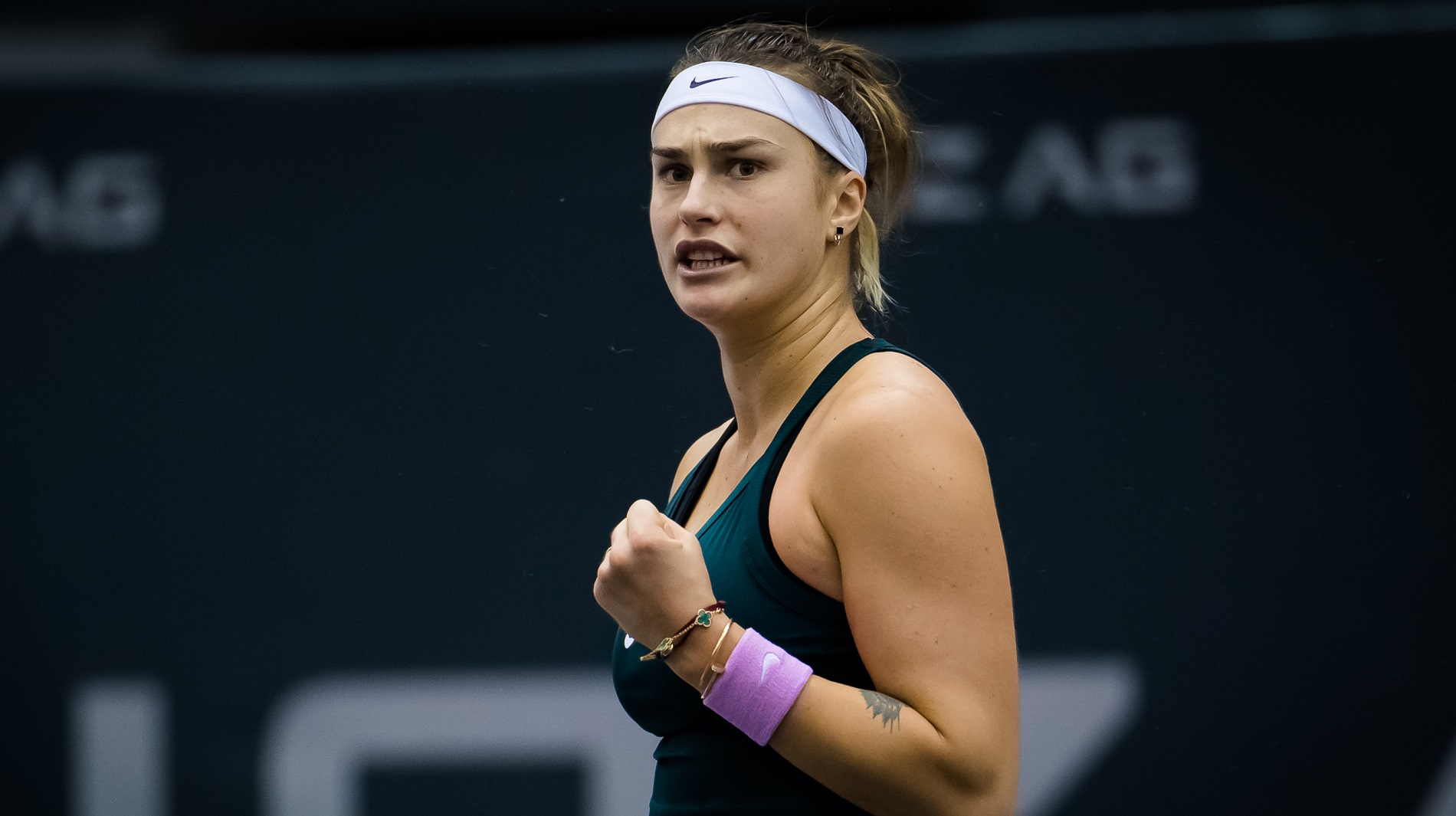 The WTA Upper Austria Ladies Linz came to an end — as did the entire WTA season — on Sunday with good friends and doubles partners Aryna Sabalenka and Elise Mertens facing off in the final. It was Sabalenka who ended up lifting the trophy, just as she had done last month in Ostrava. It was an unsurprising final matchup between the No. 1 and No. 2 seeds, although there were a fair share of unexpected results along the way. Three unseeded players in the top half of the draw reached the quarter-finals, and Barbora Krejcikova advanced all the way to the semis. In the bottom half of the draw, Veronika Kudermetova and Nadia Podoroska wrapped up their successful seasons with quarter-final finishes.

Sabalenka probably wishes this 2020 tennis campaign would just keep going and going. Although the Belarusian struggled at Grand Slams earlier in the year, she has a ton of momentum at the moment. In fact, Sabalenka ends the season on a nine-match winning streak — having triumphed back-to-back in Ostrava and Linz. The world No 11, who will climb to 10th on Monday, endured little trouble on her way to a second consecutive winner’s trophy. She dropped only one set this entire week in Linz, holding off Krejcikova 7-5, 4-6, 6-3 in the semi-finals. Mertens was competitive for a while on Sunday, but the Belgian eventually succumbed 7-5, 6-2.

Podoroska was one of the breakout stars on the WTA Tour in 2020. The 23-year-old ended last season at No 259 in the world and she will conclude this one in the top 50. Podoroska was already up to No 48 in the rankings prior to this week, so a quarter-final performance only cements her status in the top 50. But it wasn’t easy getting to the last eight in Linz. The Argentine trailed Camila Giorgi by a set in their second-round match but recovered to win 6-7(4), 6-1, 6-4 in two hours and 32 minutes. It was an intriguing contrast in styles between Podoroska’s consistency and Giorgi’s high-risk, high-reward tennis. The Italian did well — better than usual, it must be said — to minimize her mistakes, but in the end Podoroska was too solid.

While Sabalenka had already won two tournaments in 2020, her doubles partner was going for her first title of the year. Although Mertens came up short, it was still a productive season for her. She reached at least the quarter-finals of eight events, including at the US Open and the Rome Masters, and also at the Cincinnati Masters (semis) and in Prague (runner-up to Simona Halep). Mertens has five WTA titles in her career. 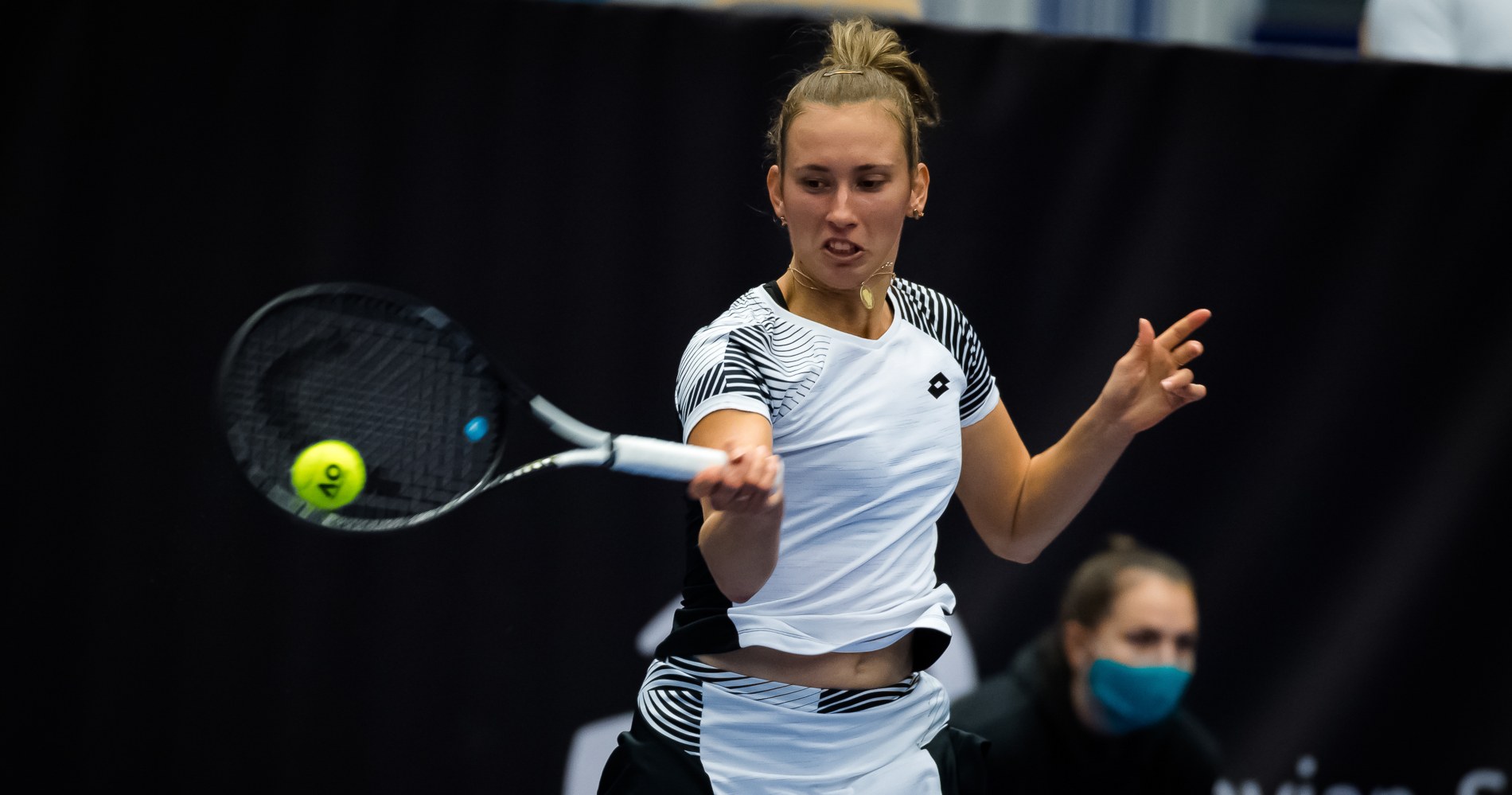 All four of the seeds in the bottom half of the bracket advanced to the quarter-finals. Joining Mertens and Podoroska there were Veronika Kudermetova and Ekaterina Alexandrova. Kudermetova eventually lost to Mertens, while Alexandrova defeated Podoroska in the quarters and then bowed out against Mertens in the semis.

Even in a season that was much shorter than usual, injuries were an issue at the end. There was one withdrawal (Anna-Lena Friedsam) and three retirements, with all three of those casualties coming in the top half of the draw. Sabalenka was the beneficiary of one of those retirements, as Oceane Dodin called it quits in their quarter-final contest while trailing 6-3, 6-3.

That is Podoroska’s 2020 match record across all levels of competition. That’s right; the Argentine won 45 matches and lost only seven. She went 25-4 on clay courts and 20-3 on hards, demonstrating her ability to perform well under any circumstances. Her highlight came at the French Open, where she made a run all the way to the semi-finals as a qualifier before falling to eventually champion Iga Swiatek.

“I’ll take tomorrow off because I have a flight.”

That is what Mertens had to say following her loss to Sabalenka. Whereas many players will be spending the next four weeks or so posting photos on Instagram from the Maldives or other vacation spots, Mertens says she is only taking Monday off and will then begin her preseason training for 2021. And the only reason why she’s taking Monday off is because she has a plane flight!

Picture of the week: Ten candles

Sabalenka marked her return to the WTA top 10 with an elaborate piece of baking. The Belarusian clinched it when she defeated Krejcikova in the semifinals.

A Linzer Torte 🍰 with 1️⃣0️⃣ candles 🕯

Question for the future: Is a slam the next step for Sabalenka?

What will 2021 have in store for Sabalenka? Obviously, the next step for her to take is finding success at Grand Slams. Despite being a top 10 player, the 22-year-old has never even been to the quarter-finals of any slam. In fact, she has only advanced to the fourth round once (at the 2018 US Open). Since then, her major results are R3, R2, R1, R2, R1, R3 and R2. Sabalenka at the slams is one of the biggest question marks on the WTA Tour heading into next year.