Feliciano Lopez gained revenge over Alexei Popyrin as UTS2 began in dramatic style with a 3-1 win for El Torero over The Sniper on Saturday. 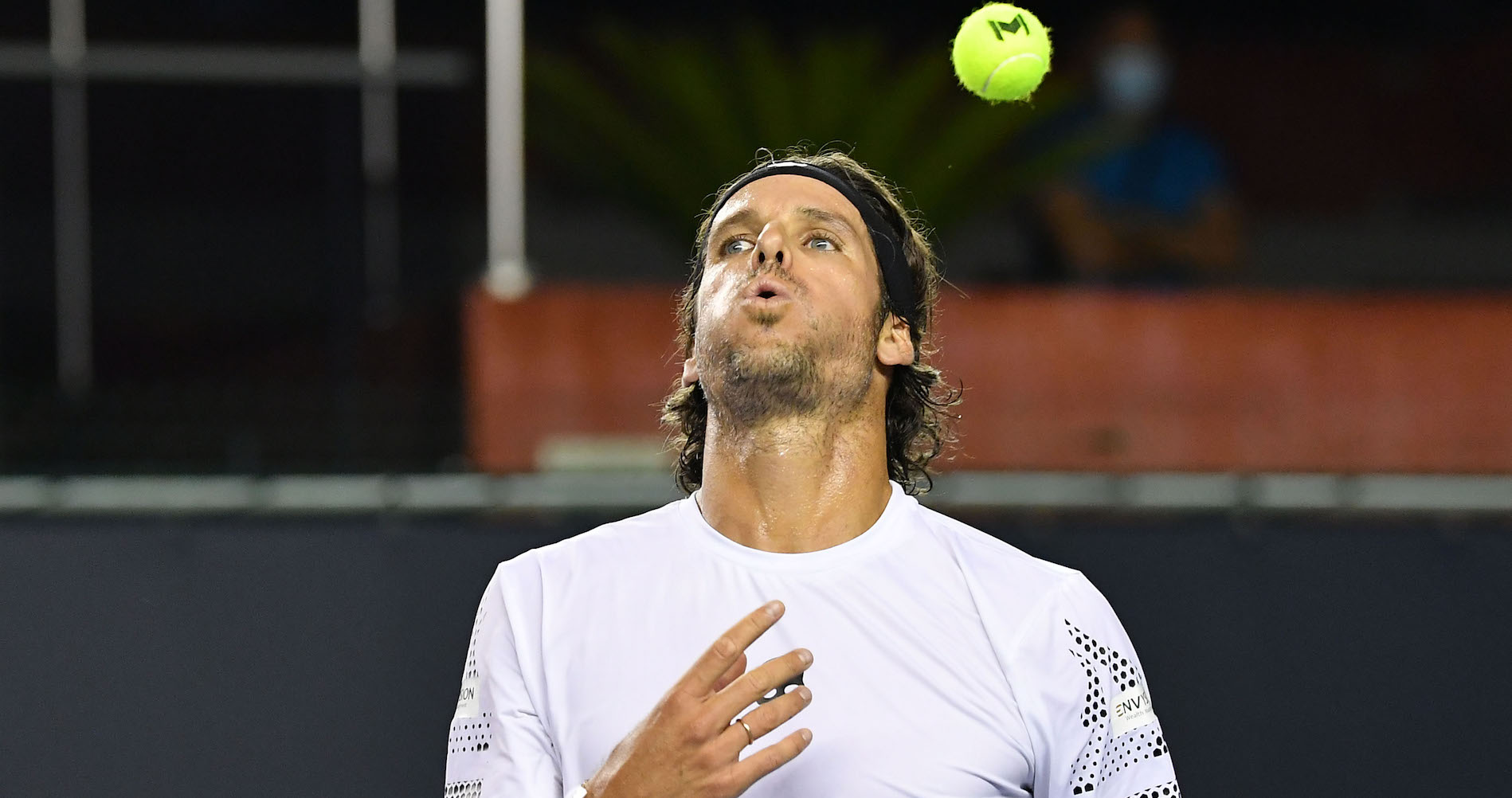 Feliciano Lopez was never headed after winning the first and third quarters, but Alexei Popyrin battled hard and had a point to take it to sudden death. Serving at 12-12 as time expired in the fourth quarter, The Sniper conceded the last point on a contentious double-fault to give Lopez a 17-8, 11-19, 17-13, 13-12 win.

The victory gave El Torero revenge over the Australian for his defeat by the same margin in UTS1.

“He was serving really good in the first match we played and I didn’t have much chance,” a delighted Lopez said.

“Today I think I served pretty good in the first two quarters, then I was starting to get tired towards the end but sometimes you have the luck. It would have been very hard for me to lose another match in sudden death. I had such a terrible experience in sudden death in UTS1, losing three out of three. I didn’t want to go there again.” 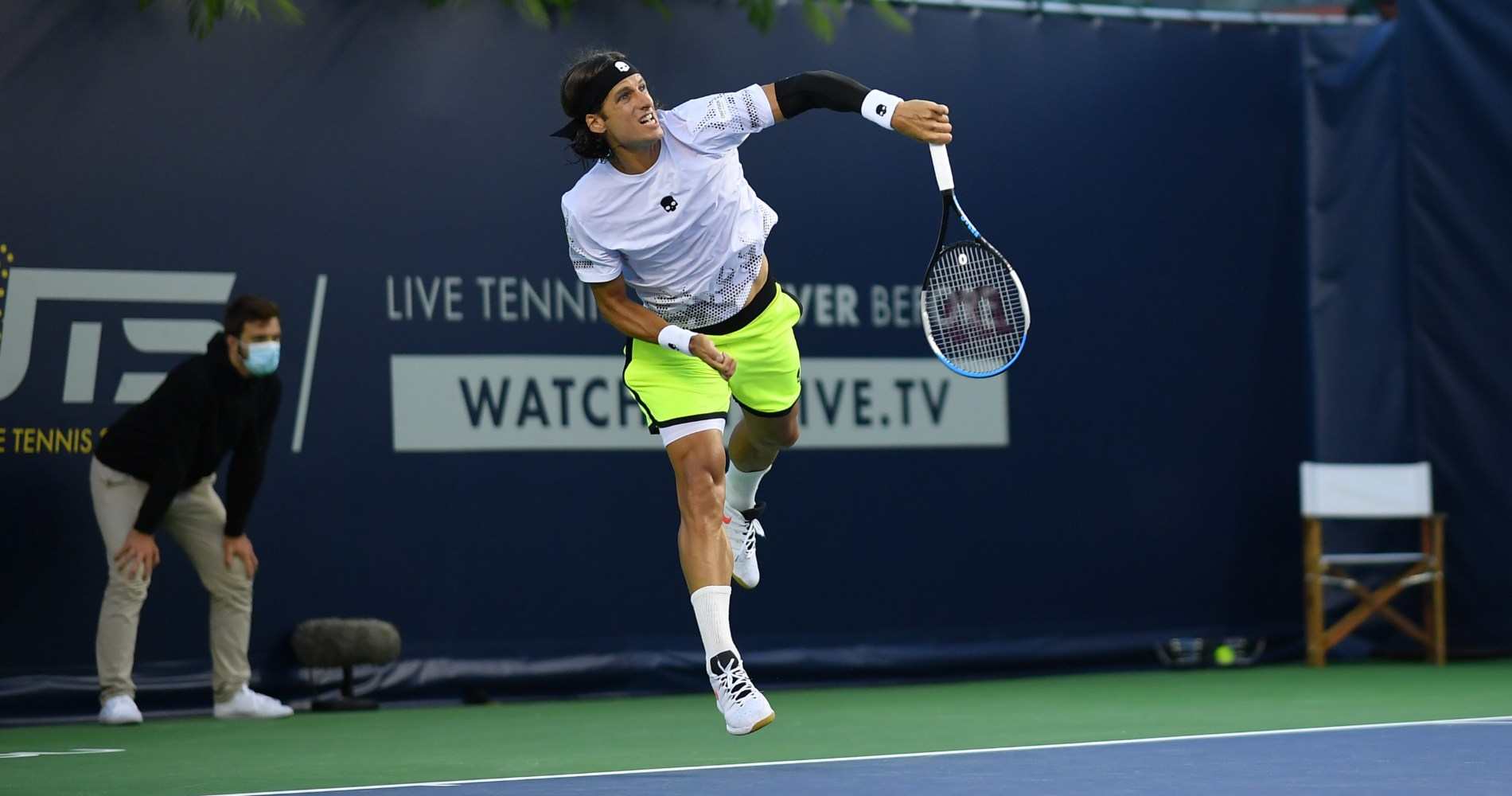 When Popyrin beat Lopez in UTS1, he began with three aces; this time he started with a double-fault and even though he hit an ace on the second point, the Aussie was immediately on the back foot as Lopez surged ahead.

The 38-year-old played a beautiful backhand lob over Popyrin’s head to go up 5-2 and after using his steal serve card at 7-2, won the next four points to open up a big lead.

Popyrin gradually found some rhythm and at 11-8, with one minute and 17 seconds on the clock, he was still in it. But Lopez won the next three points and at 14-8 he won the point when Popyrin forgot the new no let rule, putting the return in play while Popyrin forgot.

First no-let ever : seems like The Sniper forgot the new rule against El Torero at @UTShowdown 🎾 pic.twitter.com/JPI0btzXFi

The Sniper’s coach, Sliman Taghzouit, called a timeout with 39 seconds to go, asking his man to be more aggressive and start the second quarter well, but El Torero finished off the first quarter 17-8.

“It helped that I was leading by five or six points early on, that was a big advantage for me.”

Popyrin bemoaned his sluggish opening to the match. “I started off slow like always,” The Sniper said. “He was returning much better than our last match. I’m just not used to starting without a warm-up, and even on the ATP Tour that’s something I have to get better at. I completely forgot it.”

Popyrin followed his coach’s orders and began the second quarter in style, taking advantage of Lopez forgetting the no-let rule as he marched ahead 6-2.

Lopez got it back to 7-7, using his winner x 2 card well, but Popyrin then used his steal serve card to perfection by picking up both points to lead 9-7 and then extending his lead to four points with more good serving.

Popyrin, 18 years younger than the 38-year-old Lopez, served superbly for the rest of the quarter and he was out of sight by the time Marc Lopez called a coaching timeout with 10 seconds to go.

“Stay positive, play your game and you can do it, man,” coach Lopez told El Torero. “Come on Feli.”

Lopez asked him, “Is that all you can give me?”, to which coach Lopez said: “Yes, come on!”

Popyrin finished off the quarter in style to level the match.

“I didn’t get too down on myself after the first quarter. I tried to stay positive. I think smiling helps me a bit.”

Lopez ditched his winner x 3 card for the -1 serve card and began the third quarter quickly, leading 6-3 only for Popyrin, with the help of his steal serve, to level at 6-6.

Both men then used their next point earns 2 card to perfection, winning four points out of four to make it 10-10 but Lopez then grabbed the vital point on the Sniper’s serve to lead 13-11, thanks to a brilliant approach and fine forehand volley winner.

El Torero then unloaded on serve with a second serve ace and at 15-13, after a coaching timeout from The Sniper with 40 seconds to go, served out the quarter to move ahead again.

Popyrin led 5-3 in the fourth and for a long time, it seemed like it would go to sudden death. The Sniper kept his nose in front to 10-9, but Lopez then came up with a brilliant pass when Popyrin used the winner x 3 card.

A service winner put The Sniper ahead again at 11-10 but Lopez found a service winner and then an ace to lead 12-11, only for Popyrin to serve and volley and make it 12-12, with just five seconds on the clock.

Had Popyrin won it, it would have meant another sudden death decider and The Sniper thought he’d found an ace on the second serve but it was called wide by the umpire, with the linesman unsighted.

“How can you f***ing overrule that,” a distraught Popyrin said to the umpire, but Lopez said he was sure it was wide.

“I want to be fair, but I think the ball was clearly out,” he said. “Sometimes for the linesman it’s tough if you have the player just in front to call it, but I think it was out.”