Maria Sharapova : “It’s tough for me to tell what’s going to happen in 12 months’ time”

Maria Sharapova is not someone who gives up when all the odds seem against her. Still, after this loss in the first round of the Australian Open against Donna Vekic (6-3, 6-4), she will not even be Top 300. And her right shoulder is clearly still in a day to day management system. Can she come back ? With such a champion, everything is possible. But this time, she’s clearly up against a mountain. 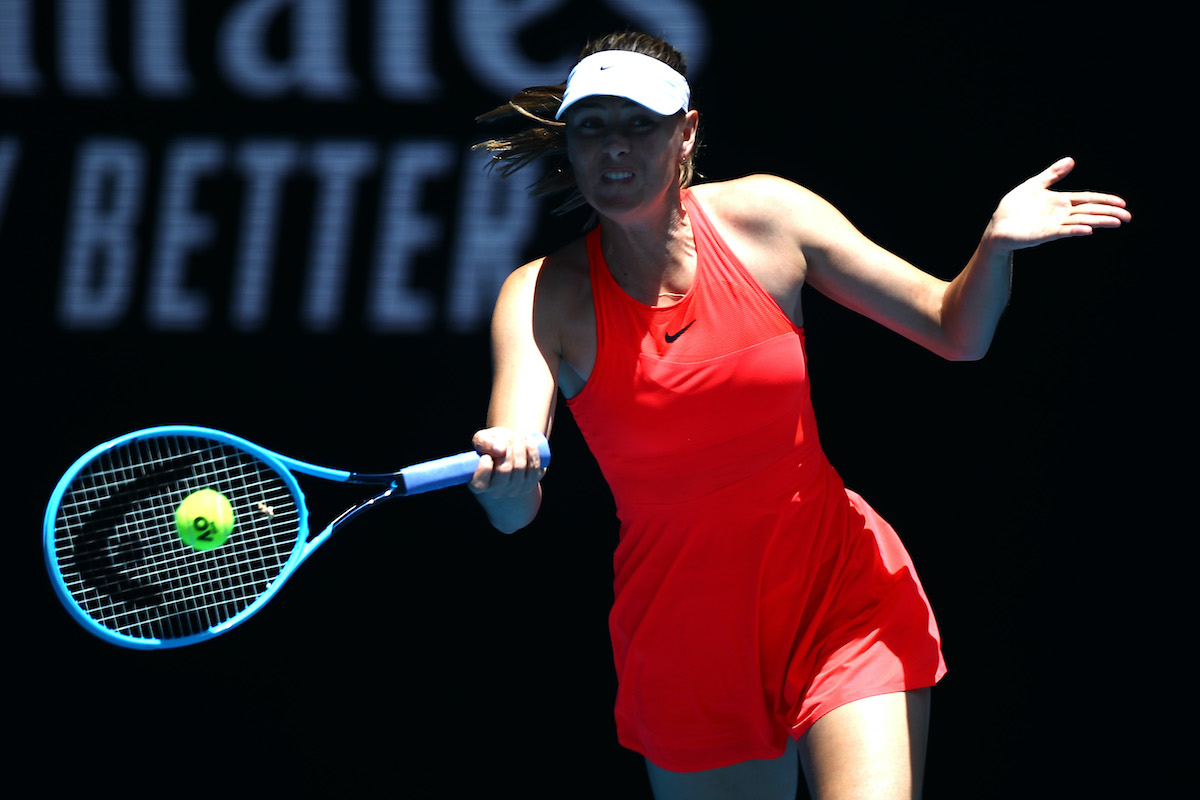 Q. You found your way back in the second set and seemed like your game was finding the right way. Was it a question of lacking matches and being on these stages?

MARIA SHARAPOVA: I think part of it. And on my serve I started with two games that were — at that point in the match I was up 30-Love, and there is no reason I shouldn’t follow through with being up with that type of advantage in each of those games. You know, if I’m looking at that part of the match, it’s a combination of she definitely stepped up on those points, played well, played big, deep, and a little bit of making the wrong choices.

Q. The radio commentary I was listening to, the guy said we may not see you again here at the Australian Open. Is that something in your mind?

MARIA SHARAPOVA: I don’t know. I don’t know. I was fortunate to get myself to be here and thankfully to Craig and the team allowing me to be part of this event. It’s tough for me to tell what’s going to happen in 12 months’ time.

Q. You had a good run here last year so your ranking will dip a bit after this. Curious if you will consider scaling down tournament-wise to 125 in Newport Beach, somewhat near one of your homes, or anything like that that you might try to just get matches?

MARIA SHARAPOVA: Honestly, I’d give you the answer, I just don’t know. I haven’t thought of my schedule moving forward from here yet.

Q. How much of a struggle was it to even get here at this point?

MARIA SHARAPOVA: I mean, I think I’m not the only one. You know, I can speak about my struggles and the things that I’ve gone through with my shoulder, but it’s not really in my character to. So, you know, I was there. I put myself out there. You know, as tough as it was, you know, I finished the match and, yeah, it wasn’t the way that I wanted.

Q. You have been practicing, working hard in Italy with Riccardo Piatti and so on. That means that you still have a great motivation to come back to your levels and so on. So how much disappointed you are in finding yourself out after 10 years the first round of the Australian Open, and next week you should be No. 360-something, which is almost unbelievable to my eyes. What is your reaction? How do you explain it in how the motivation is still there?

MARIA SHARAPOVA: Well, I start with, last year I think I played seven or eight tournaments. So I don’t know if I can look at the  ranking and really think about it in depth, just because I really haven’t played, and I was injured most of the year. You know, I certainly have to take that into account. As far as the work that I did, yeah, I did all the right things. I put in all the right work. There is no guarantee that even when you do all of those things that you’re guaranteed victory in a first round or in the third round or in the final. That’s the name of this game. That’s why it’s so special to be a champion, even for one time.