Medvedev finds a way – the mark of a champion

Trailing by a set and having made little impression on the Zverev serve in the Paris Masters final, Russia’s Daniil Medvedev raised his game to win his third Masters 1000 title 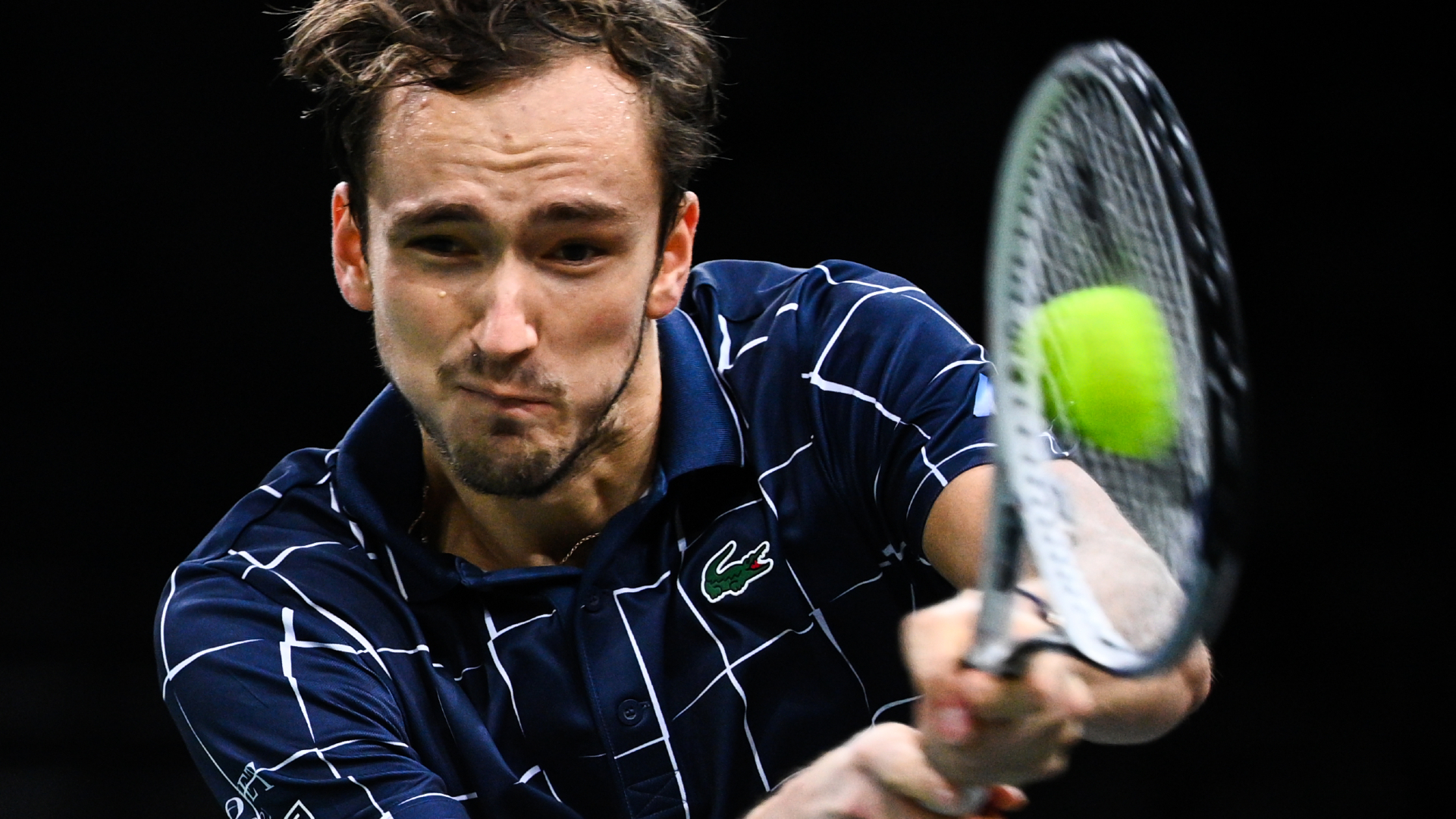 If finding a way to win when you’re not playing your best is one of the traits of a champion, then Daniil Medvedev is well on his way to becoming one of the very best of the lot.

Trailing Alexander Zverev by a set in the final of the Rolex Paris Masters on Sunday, Medvedev raised himself for a big effort, decided to be more aggressive and turned the match around to win his first title of 2020 and his third Masters 1000 crown.

“I need to say (that) after the first set I didn’t know actually what to do, because I had zero break points,” said the Russian, who will become the world No 4 on Monday. “I didn’t feel good returning his serve. He served amazing. I lost my serve. Got a little bit tight. I was feeling like the match could slip of my hands. I managed to stay really strong, be there all the time. I got four break points at 1-all in the second, and putting pressure at him all the time, raising my level step by step, and finally he broke, which is definitely good from me.”

Medvedev served smartly in the second set, dropping just four points on serve as he levelled, not allowing himself to get frustrated despite missing chances to break Zverev early in the set. One break at the start of the third set put him on the right track and after saving break points in the following game, he pulled away for a morale-boosting victory heading into the ATP Finals, which begin next Sunday.

“Here, even in the third set when I saved these three break points, I think when it was 1-0 for me with a break on my serve, I mean, just go to the net, make volleys, all this stuff. You know that you almost cannot (afford to) miss. And to beat you he needs to make a winner. When it’s like this, it’s really tough to play guys. That’s what top players are capable of doing. Hopefully I can do this many more times.”

“I think they started turning around, as I said, when I had these four breakpoint games. I didn’t manage to do it. I had actually some points where I knew he’s gonna serve T, I didn’t make it. I had one point where we played a point and I think I missed a shot — no, he was at the net and he made amazing volley. I think I started to put pressure on him and that’s when it started to turn. I caught this break at 4-All, I played amazing, which is really good. Today, there were some points where Sascha could put me in trouble but I just know what to do and I know I cannot miss this point otherwise I lose the match, and I made it.”

In good shape for London

Medvedev will now head to London where he will be part of the season-ending finals, with the top eight players, bar Roger Federer, who misses out through injury. Having won the title in Paris, the Russian’s confidence should be up.

“I was crying to my wife. Not crying, but just complaining, like, oh my god, I don’t have the level, I don’t even have one final – I’m playing so bad.”

“For sure (I’m) coming better shape than last year,” he said. “Last year was real exhausted, lost first round in Paris. That’s when you lose your confidence. When you lose first round you always lose your confidence. (I’ve) just won the tournament, going to have a few days off. Come to London, practice good. Hopefully can get some wins there. No other goal than just to get some wins, because you play three top-8 players, top-10 players in the group. You get two wins you are probably out of the group but not all the time. Last year Rafa got two, didn’t qualify. That’s the most important thing. No goal to really like win the tournament or anything. Just to win matches.”