Daniil Medvedev and Aslan Karatsev are celebrating rankings milestones on the day after the Australian Open, as are Naomi Osaka and Aryna Sabalenka. 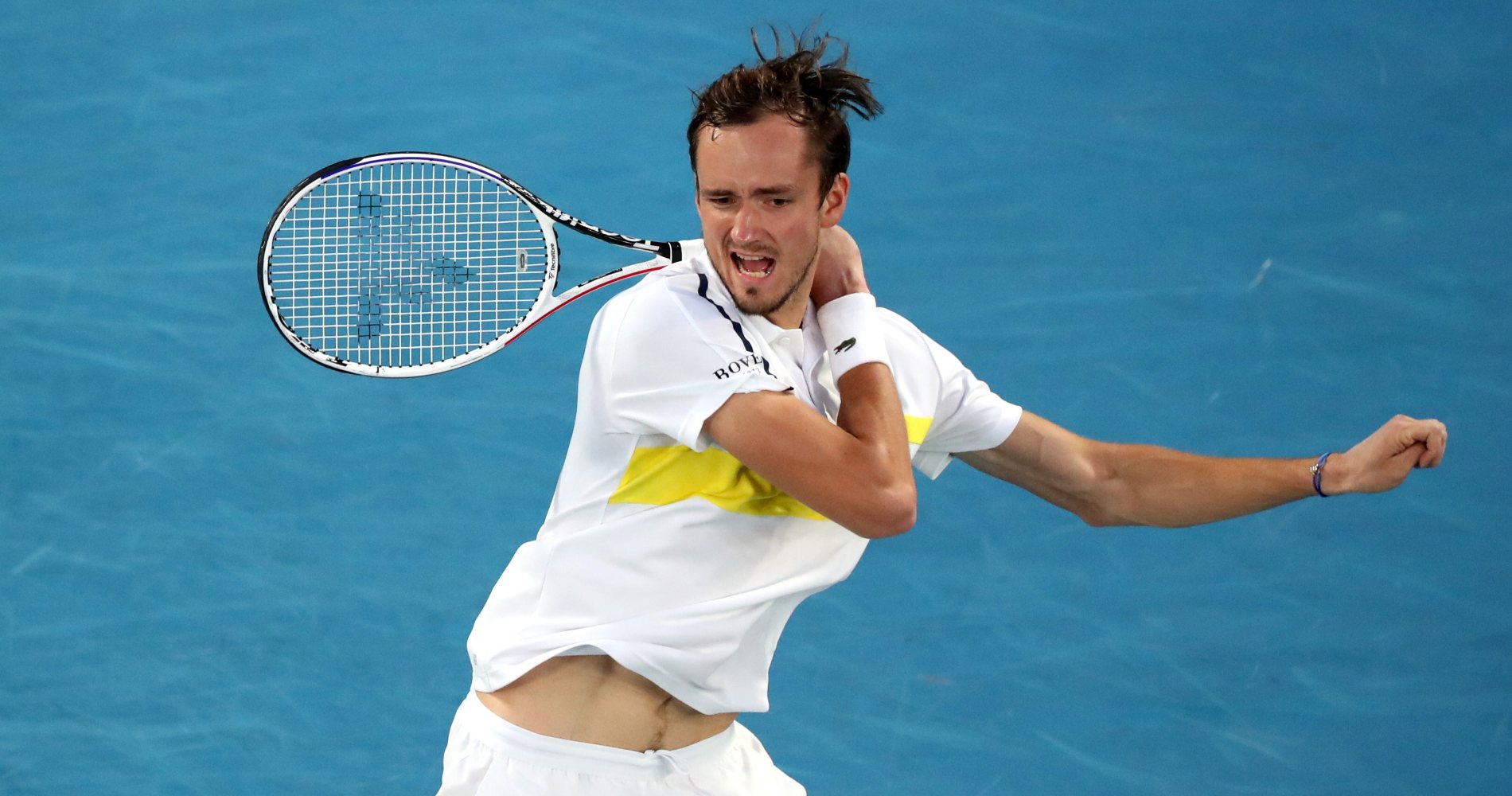 Daniil Medvedev wasn’t able to come away with the title on Sunday night in Melbourne, but the rising Russian leaves the Australian Open with a career-high ranking nevertheless.

Medvedev rises to No 3 in the ATP rankings, taking the spot of Dominic Thiem and climbing within 115 points of No 2-ranked Rafael Nadal. The Russian is the 19th player to hold the World No 3 ranking since July of 2005. During that time only four players – Nadal, Novak Djokovic, Roger Federer and Andy Murray – have held the No 2 ranking.

During that time, only @DjokerNole, @RafaelNadal, @RogerFederer and @Andy_Murray have been ranked in Top 2.

Medvedev trails No. 2 Nadal by 115 points with both men due to play @ABNAMROWTT 500 next week.

Medvedev had his 12-match winning streak against top 10 players snapped by Djokovic in Sunday’s final inside Rod Laver Arena, but the 25-year-old is still happy that he lived through the experience of facing the world’s best player at his most successful venue.

“I always say experience is the key for me,” he said after the final. “Next time if I play Novak here in the final, I [am] going to do some things on the court, maybe off the court also, differently, because at least I would have this experience where he won easy. So I’ll try to do something better. Doesn’t mean that I will succeed, but that’s life of a tennis player.”

Medvedev is aware that he has a long way to go when it comes to challenging the Big Three on a consistent basis.

“Talking about the top three, you know, I always say they’re just better than other tennis players,” he said. “I’m not shy to say this. It’s just truth.”

Medvedev wasn’t the only Russian shooting up the rankings on Monday. Aslan Karatsev, who made history at the Australian Open by becoming the first ATP player to reach the semi-finals of a major on his Grand Slam debut, rises 72 spots to No 42 in the ATP rankings.

Karatsev, who earned his first top 10 win by defeating Diego Schwartzman in the third round in Melbourne, also topped Felix Auger-Aliassime and Grigor Dimitrov before finally falling to Djokovic in the semi-finals. Remarkably, he entered the Australian Open with a 3-10 lifetime record in main draw matches on the ATP Tour.

“It gives me more experience, more confidence,” the 27-year-old said after his last match in Melbourne. “Now I will be playing all big tournaments without playing the quallies. So I’ll get this confidence and just keep playing, keep practicing.”

On the heels of winning her fourth major title, Naomi Osaka has risen back to No 2 in the WTA rankings. The Japanese star claims a top-2 ranking for the first time since she gave up her number one ranking on September 9, 2019.

The Belarusian secured the elite ranking spot after lifting the doubles title at the #AusOpen with Elise Mertens –> https://t.co/tXTNUgD4ig pic.twitter.com/te6B71sBTu

On the doubles side, Aryna Sabalenka became the first player since Sara Errani in 2014 to top the WTA doubles rankings while also holding a top 10 ranking in singles. Sabalenka, who claimed the Australian Open doubles title with Elise Mertens, ranks No 8 in singles.

Elsewhere, Serena Williams returned to the top 10 for the first time this year, by rising to No 7, while American Jennifer Brady rose to No 13 (from 24) thanks to her Australian Open runner-up performance.