Medvedev could barely walk after suffering from cramps but managed to reach the fourth round of the Miami Open, where he was joined by Isner and Sinner 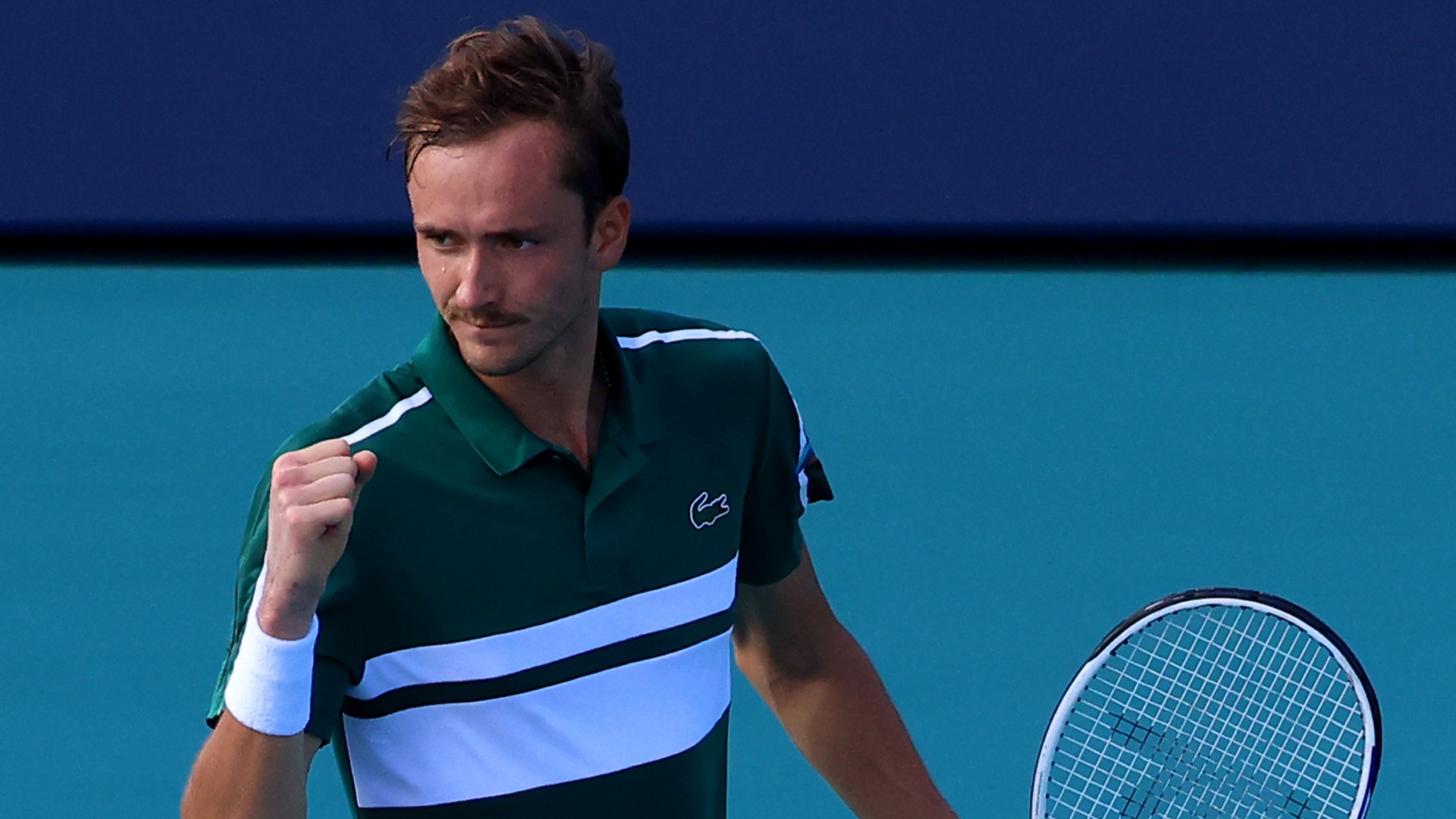 Top seed Daniil Medvedev overcame painful cramps to defeat Alexei Popyrin and battle his way into the Miami Open round of 16 on Sunday.

Medvedev overcomes cramps and Popyrin to reach fourth round

World No 2 Medvedev suffered from painful cramps and could barely walk by the end of his match against Popyrin. The Russian won the first set and led 5-2 in the second set.

Popyrin saved three match points to fight back and take the second set in a tie-breaker. Medevdev somehow managed to stay alive while limping around the court as the effects of the cramps set in but managed to complete the 7-6, 6-7, 6-4 win in two hours and 37 minutes.

“Winning a Grand Slam final in straight sets doesn’t feel the way I felt after the match point today. A match to remember for sure. I felt like my legs were not following me anymore,” Medvedev said.

“The only thing I was thinking about is not to fall down, because if you fall down, I don’t think I would be able to get up. There were a few moments I just wanted to lay down and say, ‘OK, it’s over.’ That’s the thing I couldn’t accept myself to do.”

Big-serving Isner, seeded 18th, scored a 7-6, 7-6 win over Auger-Aliassime. The American, who spoke about the struggles for the older players in the bubble earlier in the week, had also beaten his Canadian rival in two tiebreaks in the 2019 Miami Open semifinals – the same year he lost to Roger Federer in the final.

With Federer, Rafael Nadal, Novak Djokovic, and Andy Murray not in this year’s tournament, Isner is the only former Miami men’s champion in this year’s draw.

“It was a big test for me. There’s probably not many places in the world where I like my chances against Felix,” Isner said. “I’m kind of lucky to play him here in Miami, where I like it a lot. If I were to play him on clay somewhere in Europe, it’d probably be a different story.”

Isner will take on seventh seed Roberto Bautista-Agut, who beat Jan-Lennard Struff 4-6, 6-3, 6-2, in the fourth round.

Sinner upsets 14th seed Karen Khachanov to reach round of 16

Elsewhere, Sinner reached the round of 16 at an ATP Masters 1000 event for just the second time in his career. The Italian upset 14th seeded Khachanov 4-6, 7-6, 6-4 to set up a clash against 21-year-old Emil Ruusuvuori. The Finn, who knocked out Alexander Zverev earlier in the tournament, defeated Mikael Ymer 4-6, 6-1, 7-5.

Alexander Bublik reaches the last 16 of a Masters 1000 event for the first time after a 6-4 6-4 win over Duckworth at @MiamiOpen pic.twitter.com/yJxsr1Iqcc