Having triumphed in Doha last year, Elise Mertens kicked off the defence of her WTA Qatar Open title in style on Sunday. 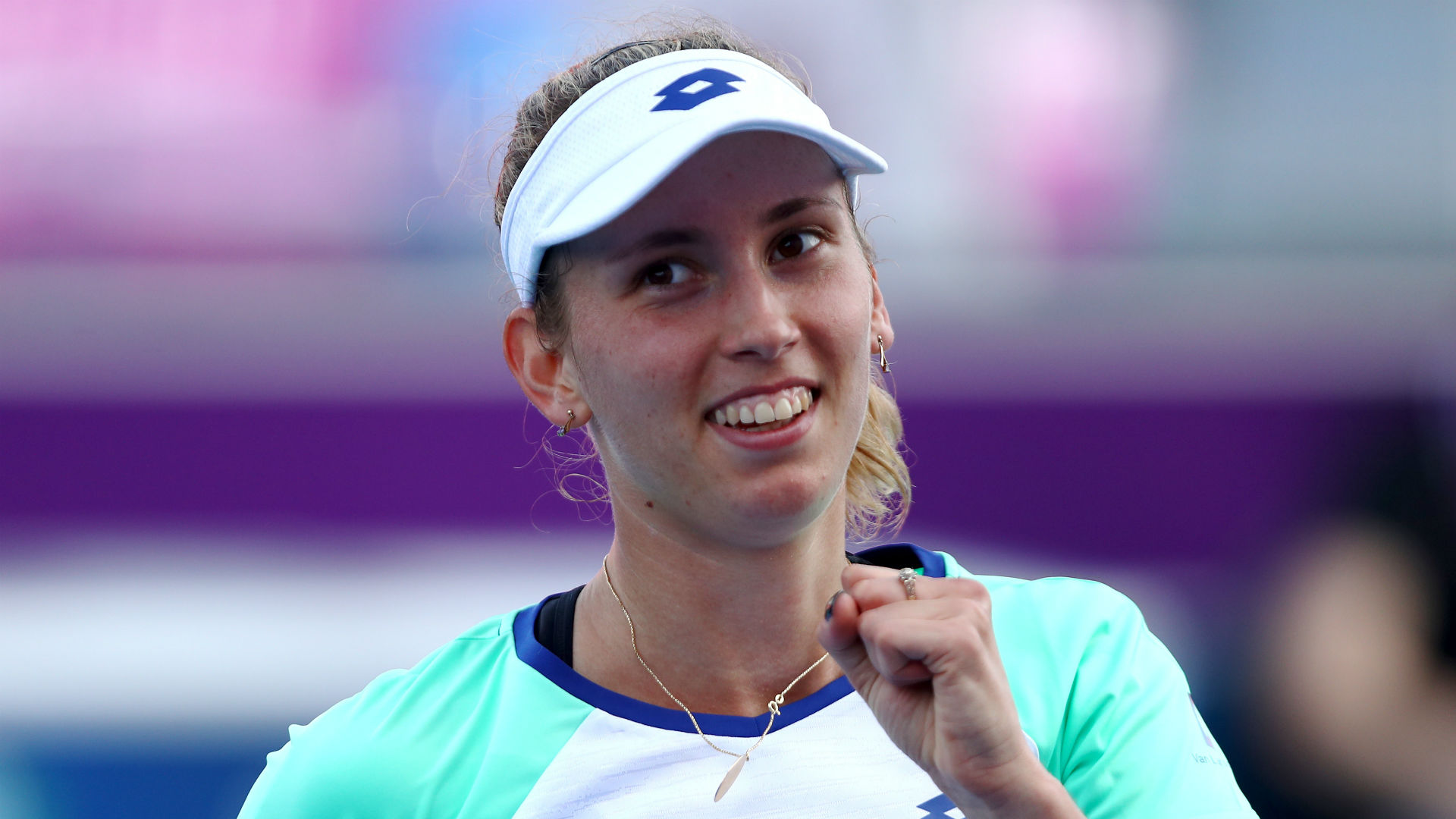 Defending WTA Qatar Open champion Elise Mertens strode confidently into the second round with a straight-sets win over Wang Qiang. The Belgian, seeded 16th in Doha, produced a dominant display to triumph 6-1 6-2 and set up a meeting with either Anastasia Pavlyuchenkova or Yulia Putintseva.

Australian Open runner-up Garbine Muguruza endured a much tougher outing at the WTA Premier 5 event than Mertens, requiring three sets to see off Daria Kasatkina. The two-time grand slam champion prevailed 7-5 5-7 6-3 after two hours and 49 minutes, with Ajla Tomljanovic up next for the Spaniard.

Jelena Ostapenko, who won the French Open in 2017, was pushed all the way in a 7-5 2-6 7-5 victory over Jil Teichmann, while top seed Ash Barty learned that she will face Laura Siegemund following the German’s defeat of Yaroslava Shvedova.

Elsewhere in the draw, Veronika Kudermetova dumped out Kristina Mladenovic despite losing the second set 6-0, Svetlana Kuznetsova ousted Cagla Buyukakcay, and Karolina Muchova was too strong for Magda Linette.