Unstoppable Monfils is back into the final in Rotterdam

Gaël Monfils qualified for a second final in a row by beating Flip Krajinovic on Saturday (6-4, 7-6). 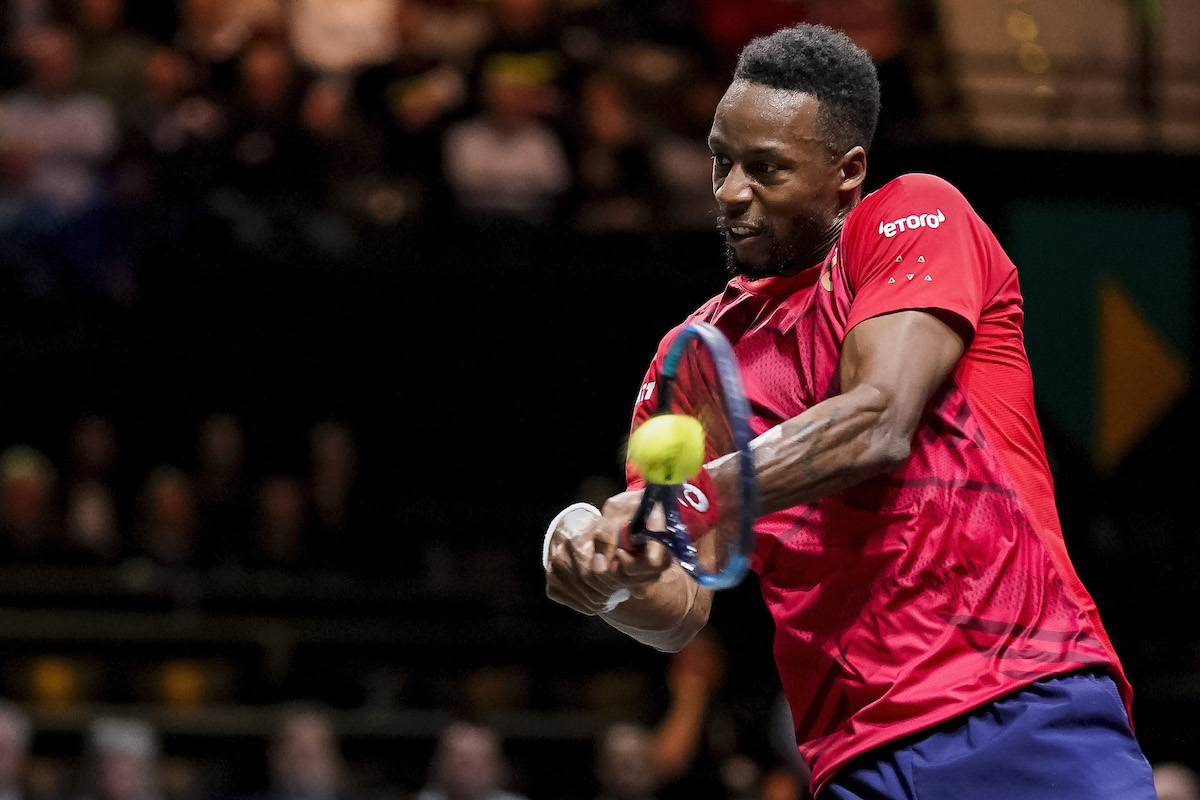 The streak goes on! Gael Monfils has now won eight matches in a row after reaching the final in Rotterdam thanks to a brilliant straight sets win over Filip Krajinovic (6-4, 7-6) at his fifth match point.

Since the start of the season, the French is on a 12-2 run! And he will face Felix Auger-Aliassime on Sunday in order to keep his Rotterdam crown, but also to win a second title in two weeks as he triumphed in Montpellier last Sunday.

It was a bit of a déjà-vu against Krajinovic, as it was kind of the same match played by those two last week in the Open Sud de France semi-finals where Monfils clinched it in straight sets too (7-6(4), 6-2). The Serbian fought hard with his hard-hitting and his fast pace, but Monfils always had an answer to oppose and, most importantly, a steadier hand when it mattered the most.

A question of details

It was the case at 5-4 in that first set when Krajinovic came back to deuce from 15-40 by some stellar play, just to then double-fault on a game point, miss a forehand to concede a third set point and then didn’t evaluate correctly a lob from Monfils to lose that set. And it was again the case on that forehand volley in open court missed at 5-4 in the tie-break. A question of details, but for now in three battles, it’s always Monfils who nailed those details the best.

Not everything was perfect on the third seed side though. Fatigue clearly is setting in, as shown by the tape he now wears on his right forearm. And also by this so-not-clutch game he played when up 6-4, 3-1. He had two points to lead 4-1 but missed them, before letting Krajinovic come back into the match (3-3).

Suddenly way too passive, he saw the Serbian stepping up again inside the court to dictate the play. And this is exactly what you can’t let Krajinovic do indoor, as when he gets confident again and when he can find his groove back, it can turn into a battle against a PlayStation.

Monfils, the unbeaten man of February

In the end, Gael Monfils didn’t pay too much of a high price for that 3-1 service game, but he surely won’t be able to afford those missed chances during the final. Felix Auger-Aliassime is fresh and so hungry as he chases his first ATP title. If he’s not playing as fast as Krajinovic, he surely can hit as hard and can cover his ground a bit better and longer.

Monfils, the unbeaten man of February, will need the same composure he showed on Saturday and the same determination he’s been displaying for two weeks now. So Solid from the baseline, so strong on his serve, Monfils keeps making the difference also with the way he can go for broke on the big points. He’s so full of confidence right now that no shot seems too risky to take for him.

An exception to the rule: that forehand passing shot on the run that he missed on the fourth match point. Apparently, you can’t have it all. But he keeps pushing his opponents to go for too much in order to beat him as he can defend like a wall. Like all those forehands missed by the Serbian each time he was desperate to get a winner through that Monfils wall. In February, “La Monf’” has found his perfect balance, and here’s to hoping it’s for good this year.