Muguruza battles through, reaches the quarter-finals

Garbine Muguruza had the last word on Veronika Kudermetova (7-5, 4-6, 6-4) in order to qualify for the quarter-finals. 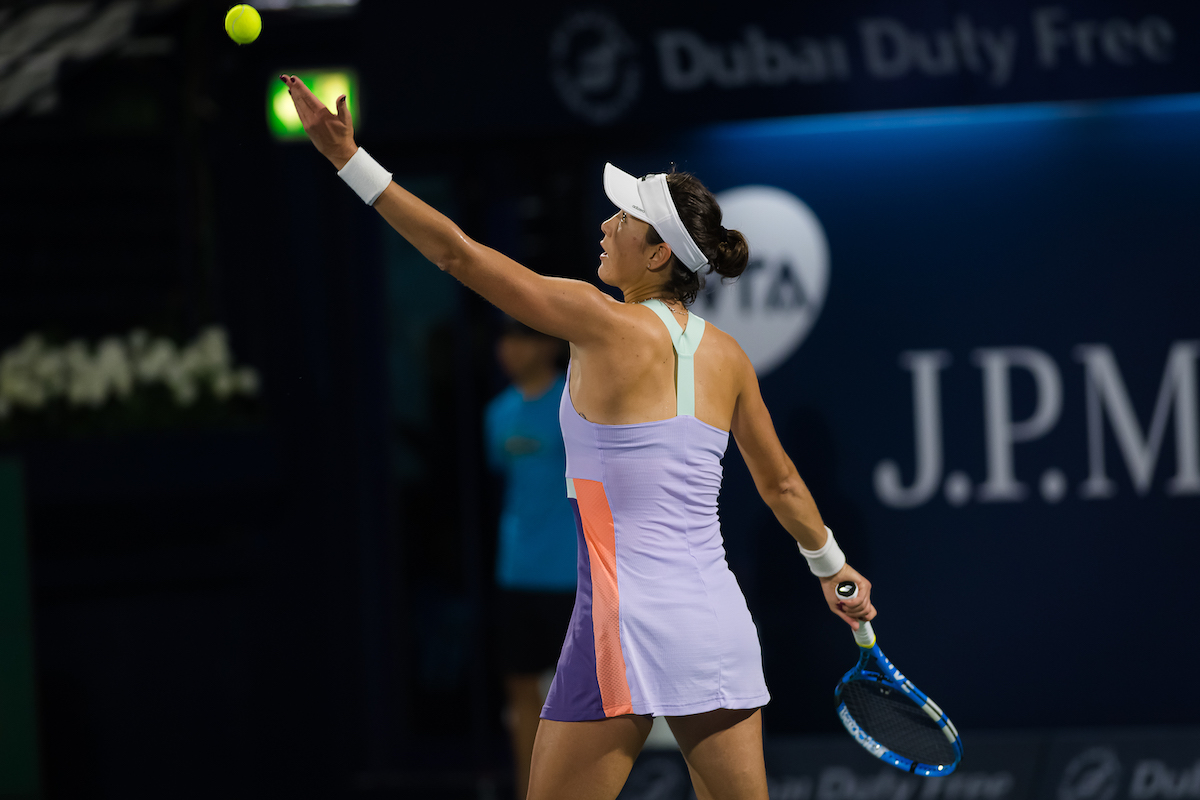 Garbine Muguruza is displaying more than a high level of tennis since the start of the year, she’s showing a lot of heart and a true champion mindset. And it’s very nice to see her again so invested in her game and in to win every single point that comes her way. In Dubai, she’s showing no letdown from her great Australian Open nor any scar-tissue from that final lost in Melbourne. On Wednesday, she found her way through a very solid Veronika Kudermetova (7-5, 4-6, 6-4) in order to reach the quarter-finals. It wasn’t a performance as clean as the one delivered against Kim Clijsters, especially on serve (48% of first serves, 8 double-faults) but it was another great show of a “never give up” attitude.

She fought against the wind, against a Russian qualifier whose ranking of 39 at 22 years old doesn’t even reflect how good she strikes the ball and how smart she finds those angles and ways to wrong-foot her opponents. That match had all to be a trap but in the end, it will help Muguruza’s confidence: winning when zoning is awesome, but winning when struggling helps way more. This match has also let us see all the progress made by the Spaniard physically in the winter: she’s moving so well again and she can keep it together as long as needed (2h25 of rallies today). Against a rival also able to take the ball early and to go for her shots, Muguruza showed an ability to defend that we didn’t see last season. She’s again ready to suffer out there and it changes everything. On the side of the court, Conchita Martinez was there from the first to the last point: pushing, cheering, reassuring. The coach knows that all isn’t perfect yet and that Garbine’s nerves can still play tricks on her mind.

But from Melbourne to Dubai, we’re really seeing some vintage Garbine Muguruza tennis again and that’s great news for the game. Against Kedermetova, she kept trying to be the one who dictates, she kept moving forward at the first opportunity and she never showed any sign of doubt. She was also very clutch throughout that battle, nearly coming back from two breaks down in the second set but Kudermetova saved those two break points to hold for 5-3 before taking that second set at her fourth chance. The third set could have gone either way, but Muguruza kept pushing without taking crazy risks and used her experience to hang in there long enough for Kudermetova to blink first. Champions never die, and Muguruza is finding out in 2020, after the ordeal of 2019, that there’s still a lot of great tennis left inside of her.