As he prepares for his singles return at the Cincinnati Masters, Andy Murray is facing a tricky run. Andy Murray has been handed a tricky draw for his singles return at the Cincinnati Masters.

The former world number one is making his comeback in singles just over six months after undergoing hip resurfacing surgery and having returned in doubles.

Having accepted a wildcard into the ATP Masters 1000 event, Murray – a three-time grand slam champion – is facing a tough run.

Murray will face Richard Gasquet in the opening round and he holds an 8-3 win-loss record over the Frenchman.

If the two-time Cincinnati champion can win his opener, Murray will face fourth seed Dominic Thiem, while the Brit is in the same quarter as Alexander Zverev and half as Rafael Nadal.

Cincy’s where the magic happens

Murray last played singles at the Australian Open, losing to Roberto Bautista Agut in the first round, and at the time suggested he was facing retirement.

Last year’s finalists, champion Novak Djokovic and runner-up Roger Federer, are returning to action for the first time since Wimbledon at the tournament. 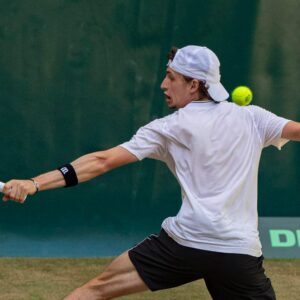