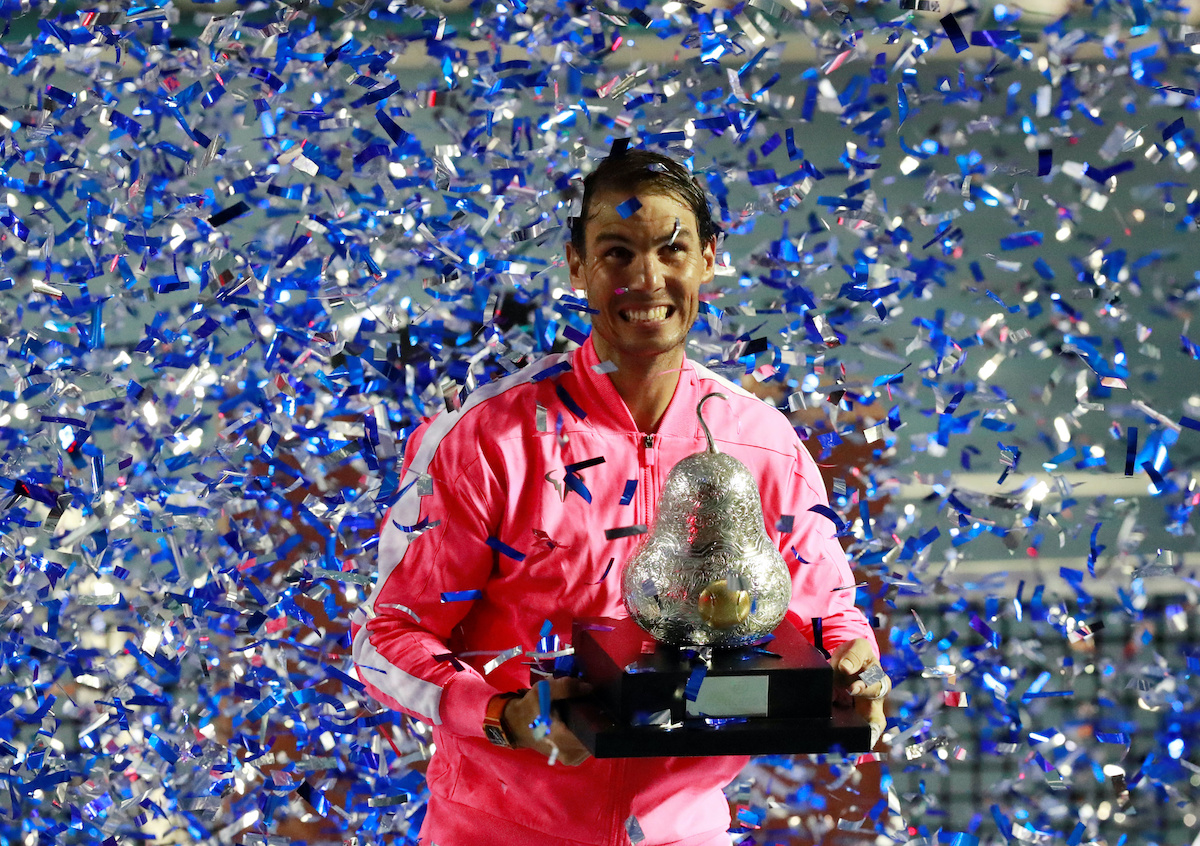 Was it ever in doubt? Facing just one break point all match, Rafael Nadal comprehensively defeated Taylor Fritz 6-3, 6-2 to reclaim the Acapulco crown, seven years after the last time he held it (2013). Just like a certain Novak Djokovic in Dubai earlier this Saturday…

Nadal secured the crucial break at 4-3 in the first set, taking advantage of some sloppy play from Fritz. He then served out the set on a love game, 6-3.

He's getting into his groove.@RafaelNadal claims the first set 6-3, and is one away from reaching the finish line.

Never in danger on his serve…

…Nadal broke Fritz for 3-2 in the second set on a forehand wide error from the American — not without making moves of his own.

Knockdown 🥊@RafaelNadal bides his time before landing the haymaker in Acapulco.#AMT2020 pic.twitter.com/vpAQdyaWSu

In the next game, the Spaniard faced his lone break point of the match, but fended it off with a classic 1-2 serve-forehand punch.

The remainder of the match was as straightforward as it gets, the American having let go his last chance to turn this into a contest.

Nadal secured the insurance break for 5-2 and comfortably served out the match 6-3, 6-2.

The moment @RafaelNadal claimed his third @AbiertoTelcel title, and his first on a hard court. #AMT2020 pic.twitter.com/wF3jgmRBw7

For the first time since the tournament switched its surface from clay to hard in 2014, Nadal is a champion in Acapulco. He joins good friend and compatriot David Ferrer as the only players to clinch the title on both surfaces.