For the second day in a row, the King of Clay had to work harder than expected before advancing to the quarter-finals of the Barcelona Open 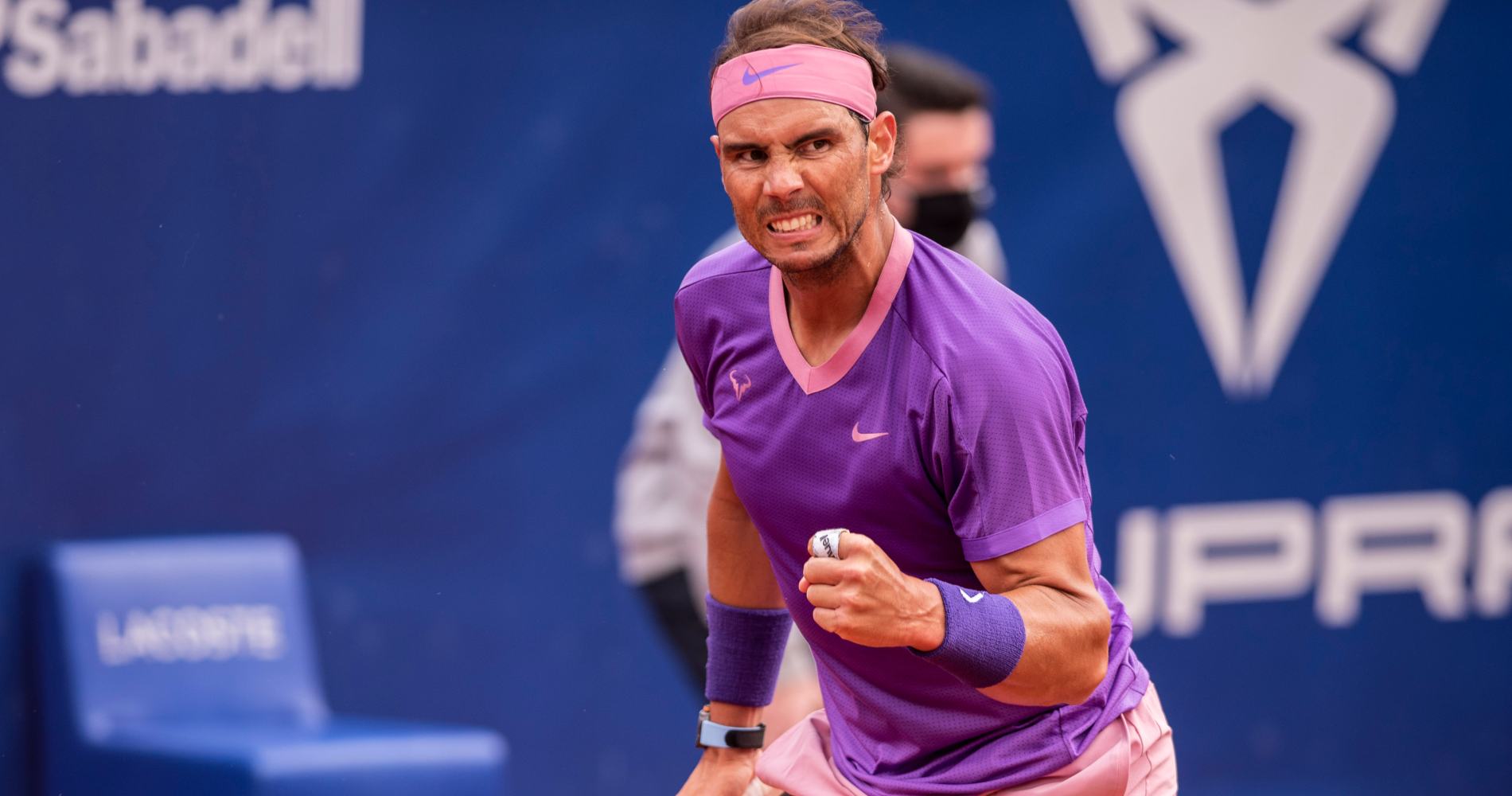 Rafael Nadal continues to battle for top form but his battling qualities are never in doubt and for the second day in a row, the King of Clay had to find something within himself to stay on track in his bid for a 12th Barcelona Open title.

The world No 3, who dropped the first set against qualifier Ilya Ivashka on Wednesday romped through the first set against Kei Nishikori but was pegged back by the Japanese and then had to scrap at the start of the third before finally pulling away for victory. He’ll meet Cameron Norrie in the last eight, the Briton advancing when David Goffin pulled out injured, trailing 6-0, 3-5.

“It was tough but I found a way to be through,” Nadal said. “I think I played much better today than yesterday, that’s a very important thing for me, the level of positive energy have been higher, so very satisfied.”

“I had to change something at the start of the third set because he was playing very clean. I did that, I think. I resisted, and then I changed the pace and spin of the balls. I’m very happy I survived and with the way I played. I need time on court, I played two tough matches, two three-set matches and that’s good for my confidence.”

After admitting he’d had doubts before turning things around against Ivashka, Nadal came out against Nishikori in inspired fashion, dominating the former world No 4 in every department.

The world No 3 even found time for a Roger-Federer like flick of a backhand pass, thrilling his home crowd as he marched through the first set without dropping a game.

Nadal is not kidding today 😳

Nishikori fights back in style

That was Nadal’s first 6-0 set since he did it to world No 1 Novak Djokovic in the final at Roland-Garros last October and statisticians were even searching to see when Nadal had last won 6-0, 6-0, such was his dominance. (NB: he has never won 6-0, 6-0 on the ATP Tour).

But world No 39 Nishikori, whose form has been improving after a right elbow injury in 2020 – having undergone surgery on it in 2019 – had other ideas. Forcing the issue more and more, he stepped into the court, taking the attack to Nadal and got his reward with an early break for 2-1 in the second set.

Suddenly Nadal looked rattled again and Nishikori broke for a second time, finishing off the set to level at one set apiece.

He takes the second set 6-2 against Nadal and forces a decider.#BCNOpenBS pic.twitter.com/hpzNzv8nRP

Nadal’s serve had been below par in the second set and he trailed 0-40 in the first game of the decider. But it was then that Nadal showed the kind of fight and desire that has helped him to win 13 Roland-Garros titles and 20 Grand Slams. He held serve for 1-1 and after saving another break point in the third game, he found his range.

Nishikori found himself 0-40 down at 1-2 and unlike Nadal, he couldn’t save himself, Nadal becoming more aggressive just in time to break serve with a drive volley that Nishikori could not respond with a pass.

Nadal had chances to go up a double break for 5-2 but, after a game delayed by the lights of a TV studio behind the court, Nishikori held on to cut the deficit. The Japanese had one last chance when he held break point at 30-40 but Nadal saved it – as he did with all of his five break points in the third set – and then broke again in the eighth game to claim a hard-earned victory, thumping a trademark forehand winner to finish off a high-quality encounter.

Nadal said he was sure Nishikori could get back up the rankings again.

“Everyone knows that when Kei plays the way he did in these last two sets, his ranking position (No. 39) does not reflect his game. He needs to stay healthy for some time.”