Nadal excited by ‘unique situation’ of Wimbledon semi with Federer

It has been 11 years since they last met at Wimbledon and Rafael Nadal is chomping at the bit for his semi-final with Roger Federer. 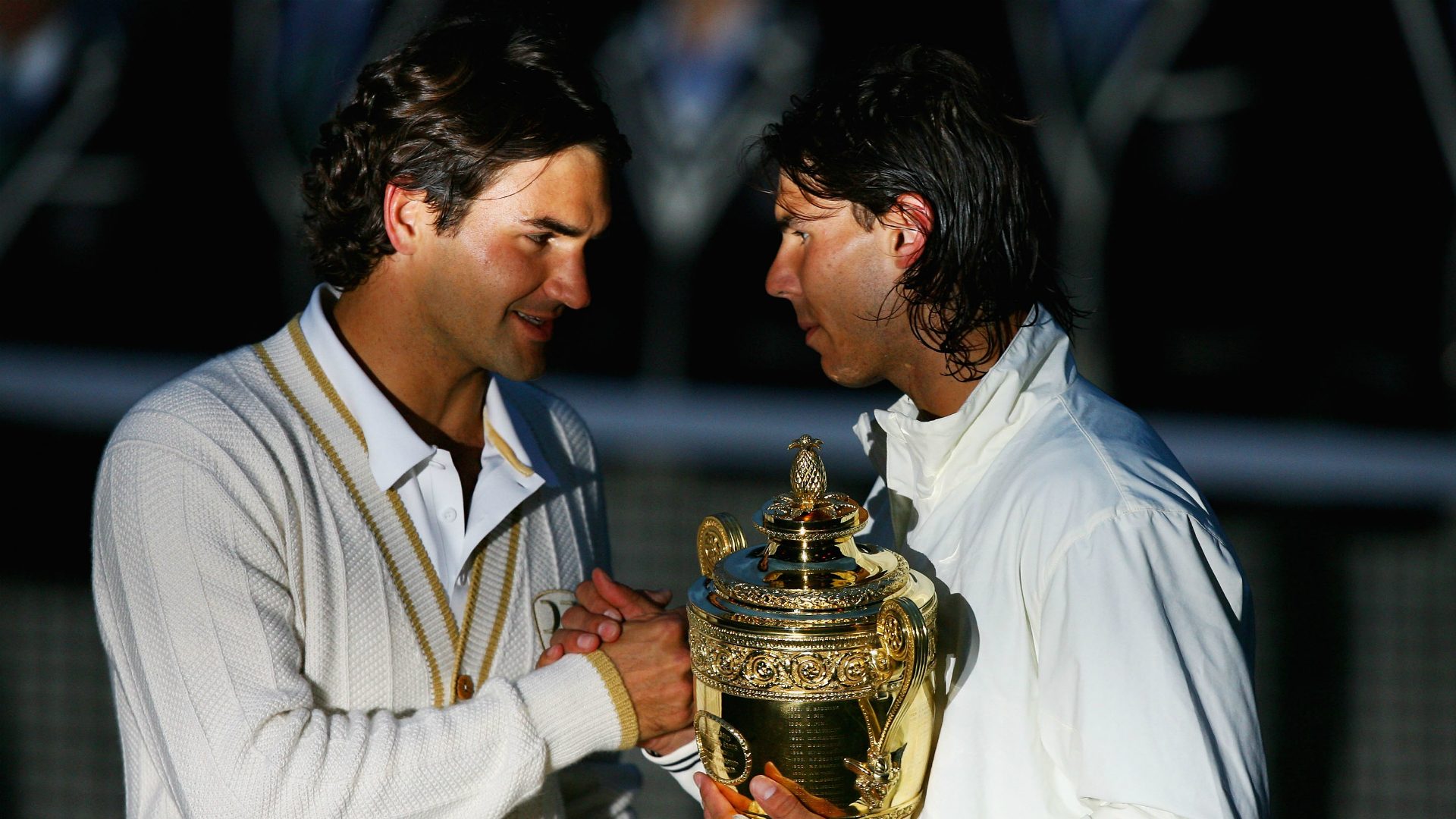 Rafael Nadal is excited by the “unique situation” of renewing a Wimbledon rivalry with Roger Federer, 11 years after their last meeting at SW19.

Not since their classic encounter in the 2008 final, when the Spaniard triumphed in five gruelling sets to win his first Wimbledon title, have Nadal and long-term foe Federer gone head to head at the slam.

Nadal outclassed Sam Querrey on Wednesday to set up a last-four showdown with Federer, who overcame Kei Nishikori for a 100th match win at Wimbledon.

And Nadal, who defeated Federer at the same stage of the French Open last month, appreciates opportunities to face the Swiss great on these sort of occasions are particularly special in the twilight of their careers.

“To play against Roger always is a unique situation. I’m excited to be back on this court against him after 11 years. It means a lot for me and probably for him, too,” Nadal said.

“I’m excited about this opportunity to again play in that round against him. I always say the same, the opportunities to play against each other every time are less, but we are still here.

“The last two months have been very positive for me personally, probably for Roger, too, because he played good [to reach the] semi-finals at Roland Garros. He had the title in Halle. He’s now in the semi-finals here again.

“That makes us keep playing because we still feel that we have chances to compete for the most important things. That’s what really make us keep playing with this intensity.”

Asked if his straight-sets victory over Federer at Roland Garros can aid his cause on Centre Court when they play on Friday, Nadal replied: “It’s difficult to say yes or no.

“Probably it’s better to have that victory than have defeat, of course. But on the other hand, it’s a completely different situation.”

Nadal’s victory over Federer in 2008 was the third in a trilogy of consecutive finals played between the greats at Wimbledon.

Asked about his memories of those encounters, Nadal said: “We played a lot of good matches. Here in this tournament we played especially two great matches, 2007 and 2008.

“Personally 2008 was a little bit more emotional for me. But I appreciate the fact that I have been part of the 2007 match, too. Then we played a lot of matches all around [the world]. Only in New York we didn’t play. That’s the only bad news.”