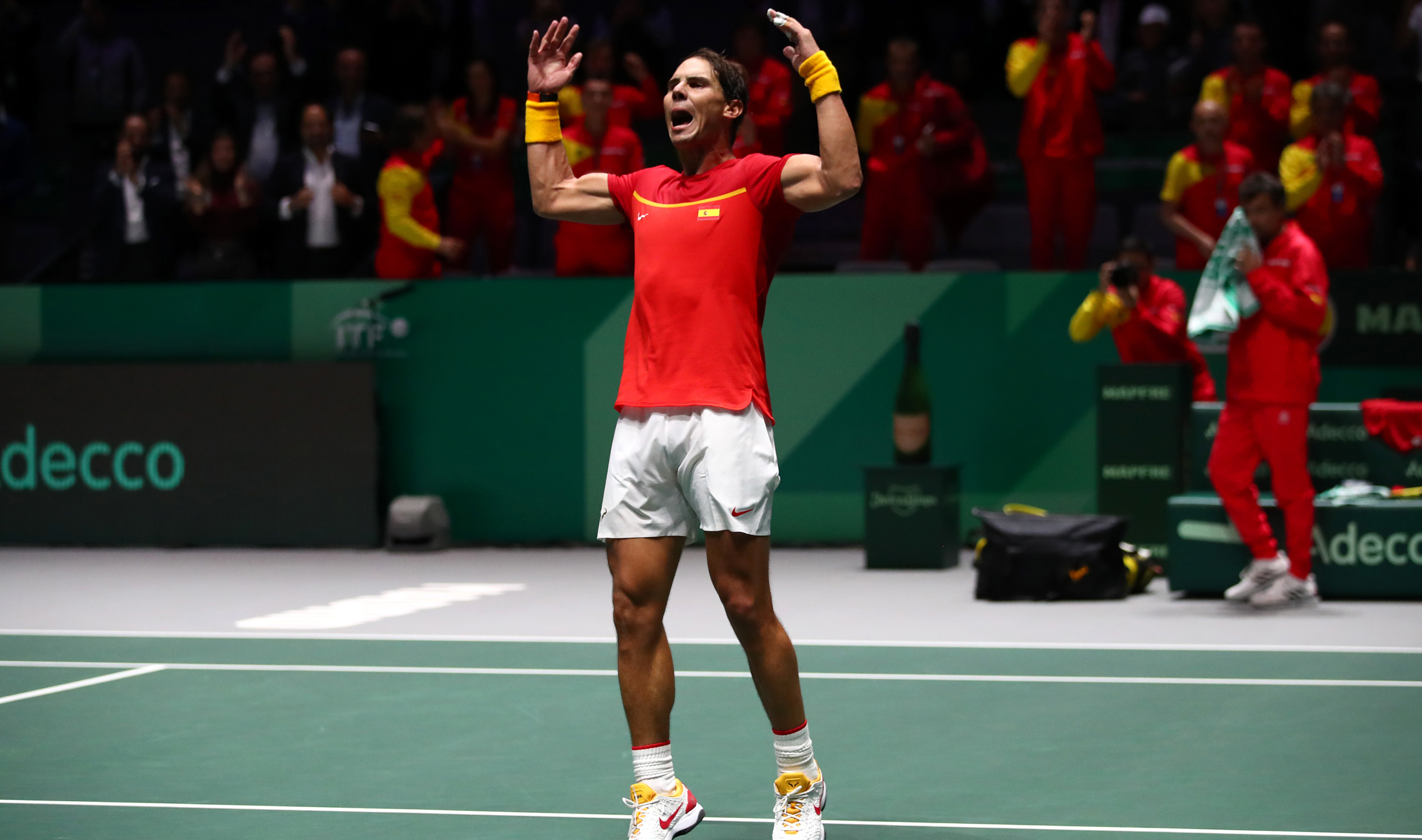 Rafael Nadal helped Spain to an opening win over Russia at the Davis Cup Finals, while Canada stunned the United States on Tuesday.

The 19-time grand slam champion did not play the doubles, but Marcel Granollers and Feliciano Lopez got the job done in a 6-4 7-6 (7-5) victory over Rublev and Khachanov.

Spain will face Croatia, who lost their opener to Russia, in Group B on Wednesday.

Canada created history as they reached the quarter-finals from Group F with a first ever win over USA.

The meeting of the two north American neighbours was over after the two singles matches, with Vasek Pospisil putting Canada ahead when he defeated Reilly Opelka via two tie-breaks.

Denis Shapovalov then sealed victory for his country – their first in 16 attempts against USA – as he recorded a 7-6 (8-6) 6-3 result against Taylor Fritz.

Argentina opened Group C with a comfortable 3-0 triumph over Chile.

Guido Pella and Diego Schwartzman defeated Nicolas Jarry and Cristian Garin respectively, both in straight sets, while the doubles pairing of Maximo Gonzalez and Leonardo Mayer sealed the sweep.

Also on Tuesday, France overcame Japan 2-1 in Group A, Kazakhstan were too good for Netherlands 2-1 in Group E and Australia swept aside Colombia 3-0 in Group D.