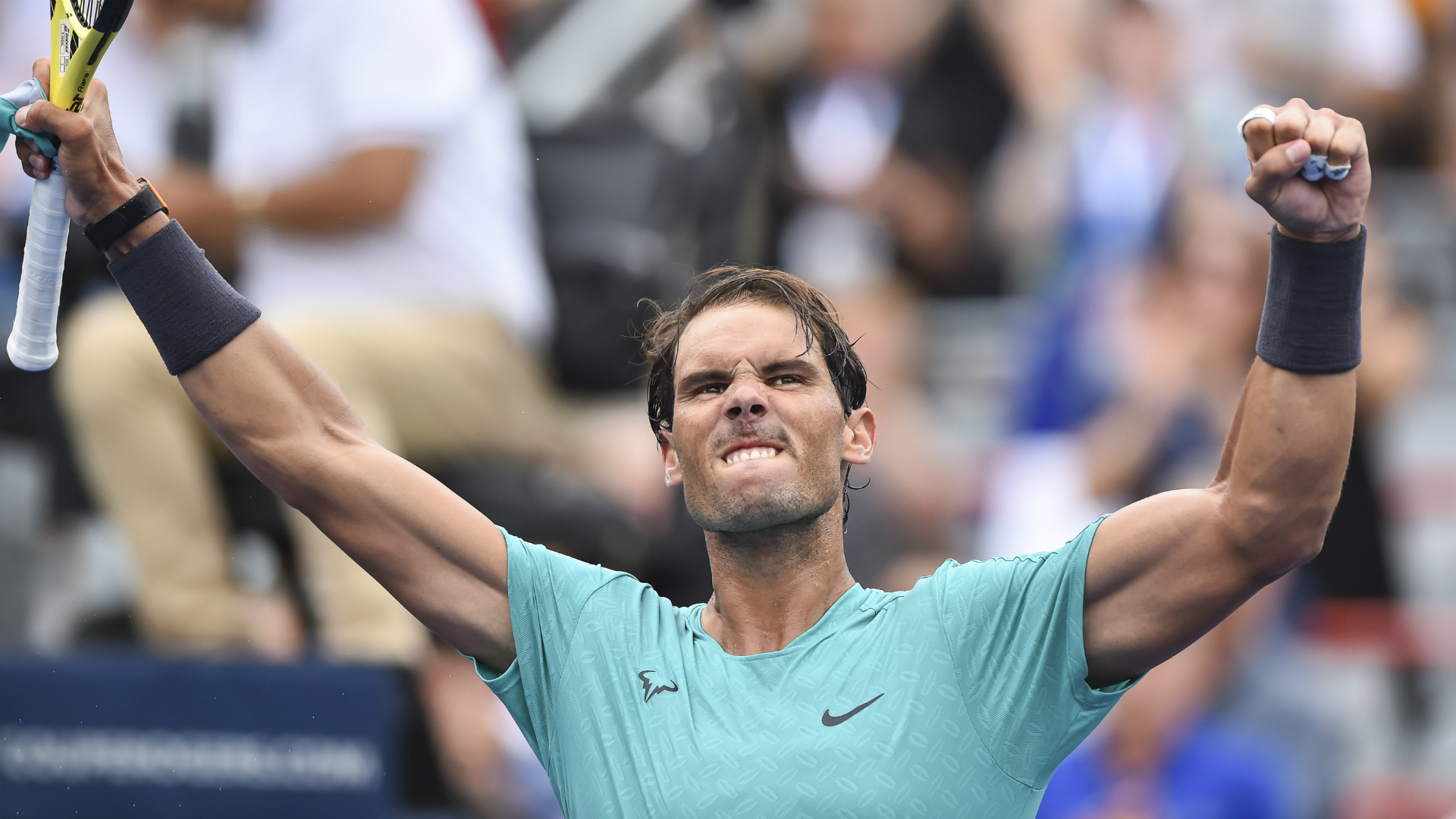 Nadal – a four-time winner of the ATP Masters 1000 tournament – shook off rust to overcome Dan Evans in straight sets on Wednesday.

The outcome was not as good for fourth seed and last year’s runner-up Tsitsipas, who was stunned by Hubert Hurkacz.

Tsitsipas was not the only seed to fall, with Kei Nishikori, Borna Coric, John Isner and Milos Raonic also departing.

Nadal trailed 5-2 in the first-set tie-break but won six of the final seven points to take control and eventually the match.

Picking up where he left off

Defending champ @RafaelNadal edges a tight encounter with Evans 7-6 6-4 to move through in Montreal#CoupeRogers pic.twitter.com/rLzqFSuAAQ

Contesting his first match since losing to Roger Federer in the Wimbledon semi-finals, Nadal claimed his 35th Rogers Cup victory and 378th Masters win – tying the Swiss superstar on the all-time leaderboard.

This time last year Tsitsipas reached the final, however, the 2018 runner-up was a surprise casualty on Wednesday following a 6-4 3-6 6-3 loss to Hurkacz.

Hurkacz saved nine of 10 break points against the world number five, who failed to convert any of his four chances in the third set.

The Canadian is forced to retire in his R2 match with Felix Auger Aliassime at #CoupeRogers. pic.twitter.com/krvBPvRYqe

Shapovalov was beaten 6-4 3-6 6-3 by second seed Dominic Thiem and Raonic retired due to a back injury, with countryman Felix Auger-Aliassime benefiting after the match was even at 6-3 3-6.

A five-match winning streak was ended following a 2-6 6-3 10-8 loss in the second round of the tournament.

A first defeat for Andy Murray and Feliciano López