Number one Barty up and running at Wimbledon

Nerves were evident at times, but Ashleigh Barty came through unscathed against Zheng Saisai at Wimbledon. 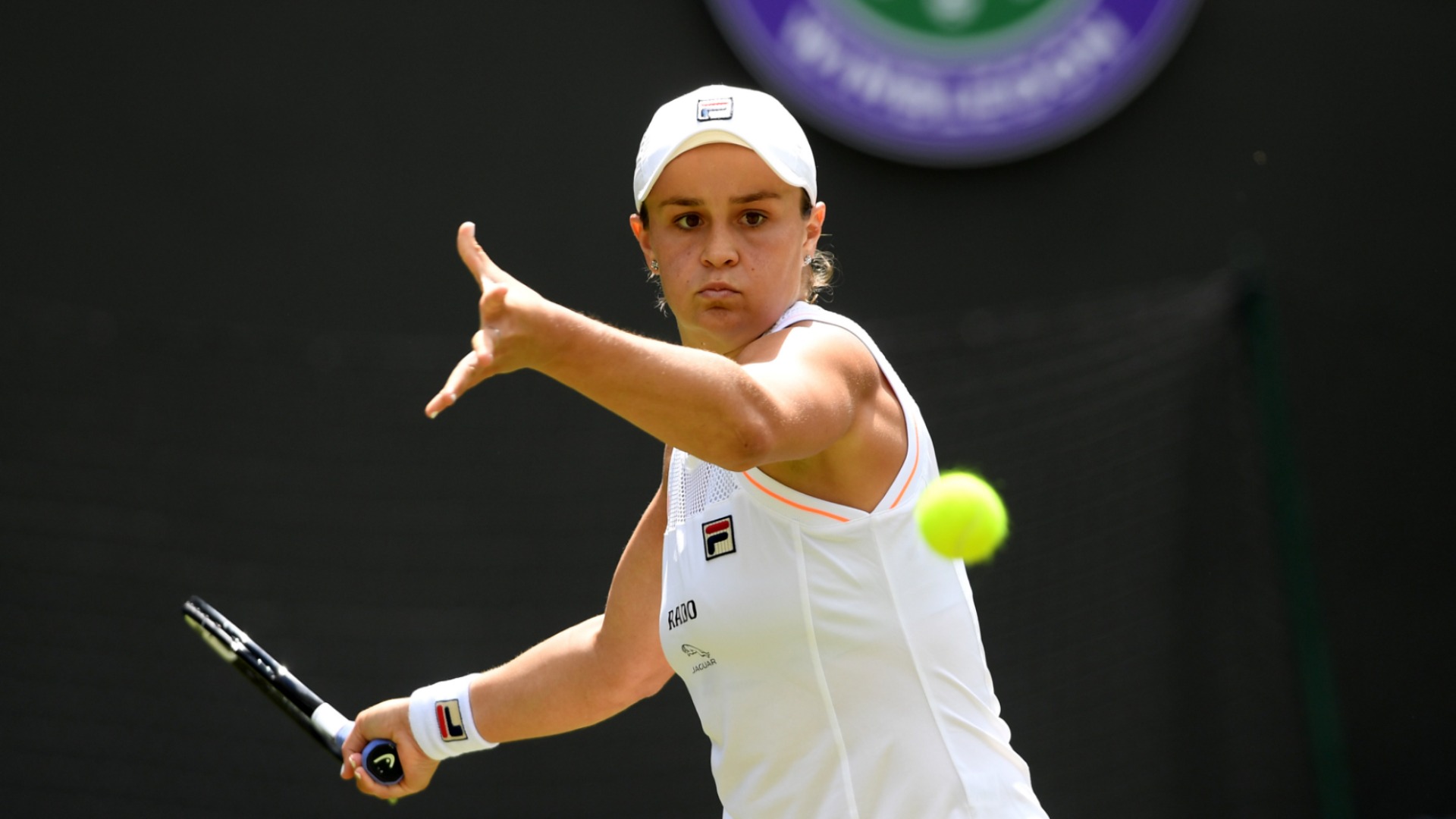 Ashleigh Barty enjoyed a winning start to life as the world number one, beating Zheng Saisai 6-4 6-2 in her Wimbledon opener on Tuesday.

Playing for the first time as the WTA Tour’s top-ranked star, Barty came through a nervy first set to saunter through on Court No.1 at the All England Club.

The French Open champion showed no signs of the arm injury that kept her out of the Nature Valley International as she dictated play in the second.

With victory, Barty avoided following previous number one Naomi Osaka out of the competition and instead booked a second-round meeting with Alison van Uytvanck.

World No.1 @ashbar96 eases into the second round at #Wimbledon with a comfortable victory over Saisai Zheng pic.twitter.com/Q4zcZqsgqN

After the upsets of the opening day’s play, with Venus Williams also beaten by 15-year-old Cori Gauff, Barty sought to swiftly ensure she would not similarly fall foul of a more modest opponent.

And the Australian led early when Zheng sent a forehand wide to the left.

But that advantage was cancelled out in a fifth game that saw Zheng create three break-point opportunities, finally converting when Barty followed up a meek drop shot at deuce with a wayward close-range effort.

Barty dug in brilliantly, though, and took the set with a straightforward break to love at the end of a testing stretch.

Then, as in the opener, the top seed turned up the heat on Zheng right away to lead following an extended second game and this time gave the Chinese no opportunity to respond.

A second Barty match point was then seized with a superb stretching return on Zheng’s serve to complete victory in straight sets.