Iga Swiatek cracks a new career-high ranking thanks to her title in Adelaide, but she wasn’t the only one making moves. 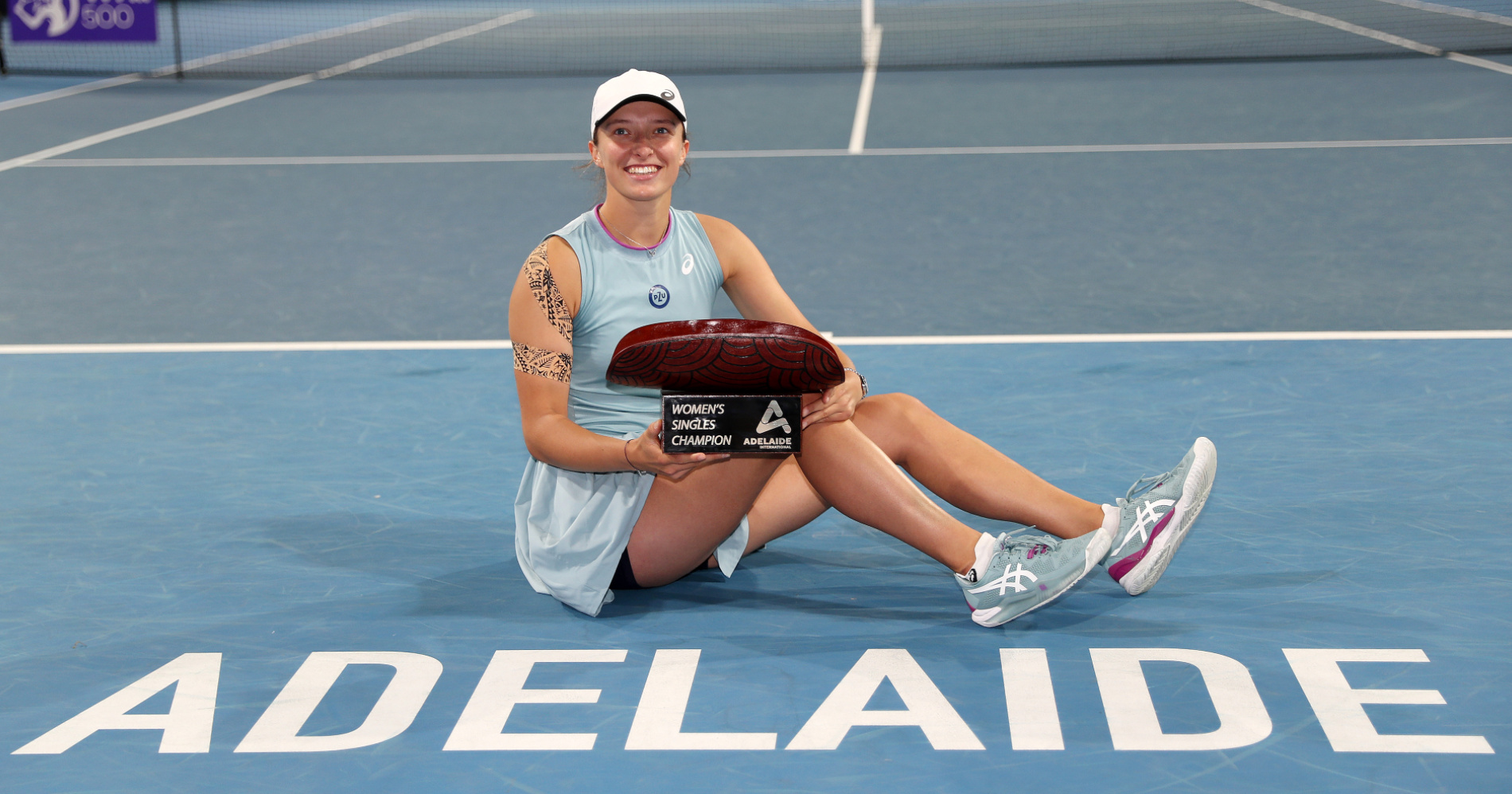 A second career title has pushed Poland’s Iga Swiatek to a career-high ranking. The 19-year-old rises to No 15 in the world on Monday thanks to her brilliant week at the Adelaide Open, where she dropped 22 games en route to the title and crushed second-seeded Belinda Bencic 6-2, 6-2 in the final.

When Iga Swiatek wins titles, she does it in style.

At Adelaide 2021: 22 games dropped, won all ten sets (one not completed), never dropped more than four games in a set. pic.twitter.com/Uq8OK5RKXX

No rankings goals for the moment

Swiatek had a goal of reaching the top 10 in 2020, but when the coronavirus put the season on halt she decided that she would forget about rankings goals and just focus on the process of playing her best tennis.

“My goal for 2020 was to be top 10,” she said on Saturday in Adelaide. “Everything changed since we have the pandemic and the rankings are frozen. I know I would have kind of a different ranking if they weren’t frozen. Right now I’m just not looking at it, not comparing myself to other players. I’m just doing my job. I don’t have any more ranking goal. We are going to see how it’s going to go with all the changes. Maybe March it’s going to be unfrozen. We don’t know that.”

Chalk up another milestone for 16-year-old Coco Gauff. The American played great tennis in Adelaide and reached all the way to the semi-finals after qualifying. For her efforts, she rises 14 spots to No 38 in the WTA rankings. Gauff is – by far – the youngest player in the top 100, and when it comes to players aged 18 or younger, she is the only player inside the top 300.

Gauff says she is just happy to have more experience under her belt, after reaching her third career semi-final.

“I’m still new and need a lot more experience and it definitely plays a role,” she said in Adelaide. “I didn’t realize how much a role experience plays until I started playing some players who are a lot older than me and they know what to do, even when it comes to the little mind games and all that, they know what to do in those moments. So I’m just learning and picking up a few tricks and as I go.”

A giant rise for Argentina’s Cerundolo

Last week was magical for 19-year-old Juan Manuel Cerundolo. The Argentinean became the first player to win a title while making his ATP main drew debut since 2004 and rises 154 spots to a career-high ranking of 181 on Monday as a result.

Popyrin pops to the upside

Maiden title for @AlexeiPopyrin99 at Singapore, and he did it in imperious fashion, winning 12 of the final 14 games to wrap it up.

Alexei Popyrin was the ATP’s biggest riser inside the top 100. The 21-year-old Australian claimed the Singapore Open title and rises to a career-high ranking of 82.