Best ATP three-setter of the year so far? Played at a very high level throughout, with flashes of brilliance from both players and jaw-dropping drama down the stretch, the first Rotterdam quarterfinal between Pablo Carreno Busta and Jannik Sinner was worth the 2 hours and 45 minutes. On his fourth match point, the Spaniard — the (much) more experienced of the two — emerged victorious (7-5, 3-6, 7-6(6)). 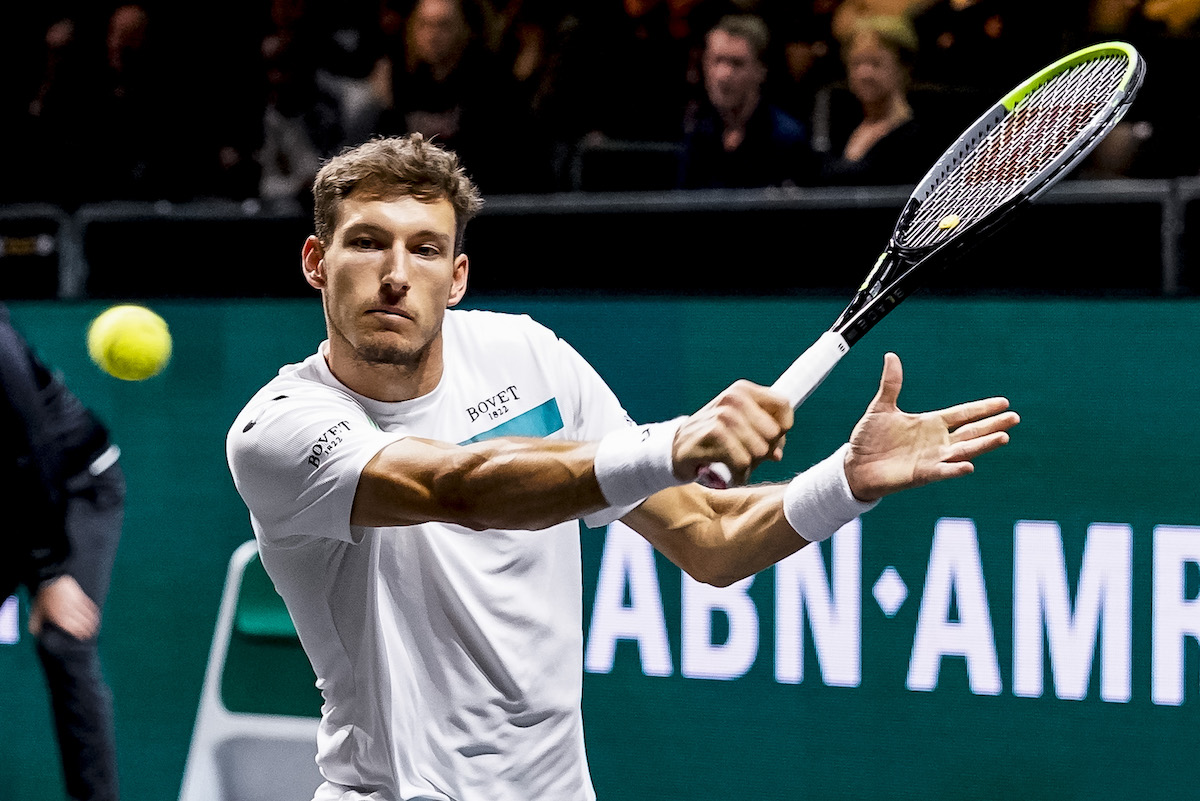 Claim: There won’t be long until Jannik Sinner makes an ATP 500 semifinal.

Despite dropping a tight first set, Sinner responded right away with lasering shots (like this gorgeous backhand down the line) to level the match to one set apiece, 5-7, 6-3.

Down a break for the major part of the third set, Sinner took a 0-40 advantage on Carreno Busta’s serve while the Spaniard was trying to close the match out at 5-3. The Italian blew it away, but eventually broke back on his fourth opportunity.

The scenario repeated on the very next game: PCB went up 0-40, creating three match point opportunities. But Sinner fended off all three… and held his serve, asking the crowd for encouragement and loudly encouraging himself for the first time of the match.

The match headed to its inevitable curtain-closer — a third-set tiebreak.

Up 6-4 on serve, Sinner missed a forehand sitter. Then Carreno Busta successfully served and volleyed and it was all levelled again.

The former top 10 player then hit an unreturned serve to edge ahead, 7-6, and Sinner gifted away the match with a wide backhand.

Despite falling so short, Sinner’s room for improvement feels immense.

this Sinner fellow is going to be pretty decent if he ever learns how to hit a volley, overhead, or generally any shot that does not hit the ground before he hits it

The Italian teenager will rise up 10 spots in the rankings next Monday.

As for Carreno Busta, he awaits the winner of Felix Auger-Aliassime-Aljaz Bedene in the Rotterdam semifinals — the 22th of his career.

Busta Move 🕺@pablocarreno91 is into a 27th ATP semi-final on his first appearance in Rotterdam, beating Sinner 7-5 3-6 7-6! pic.twitter.com/h5h6g1eRwk