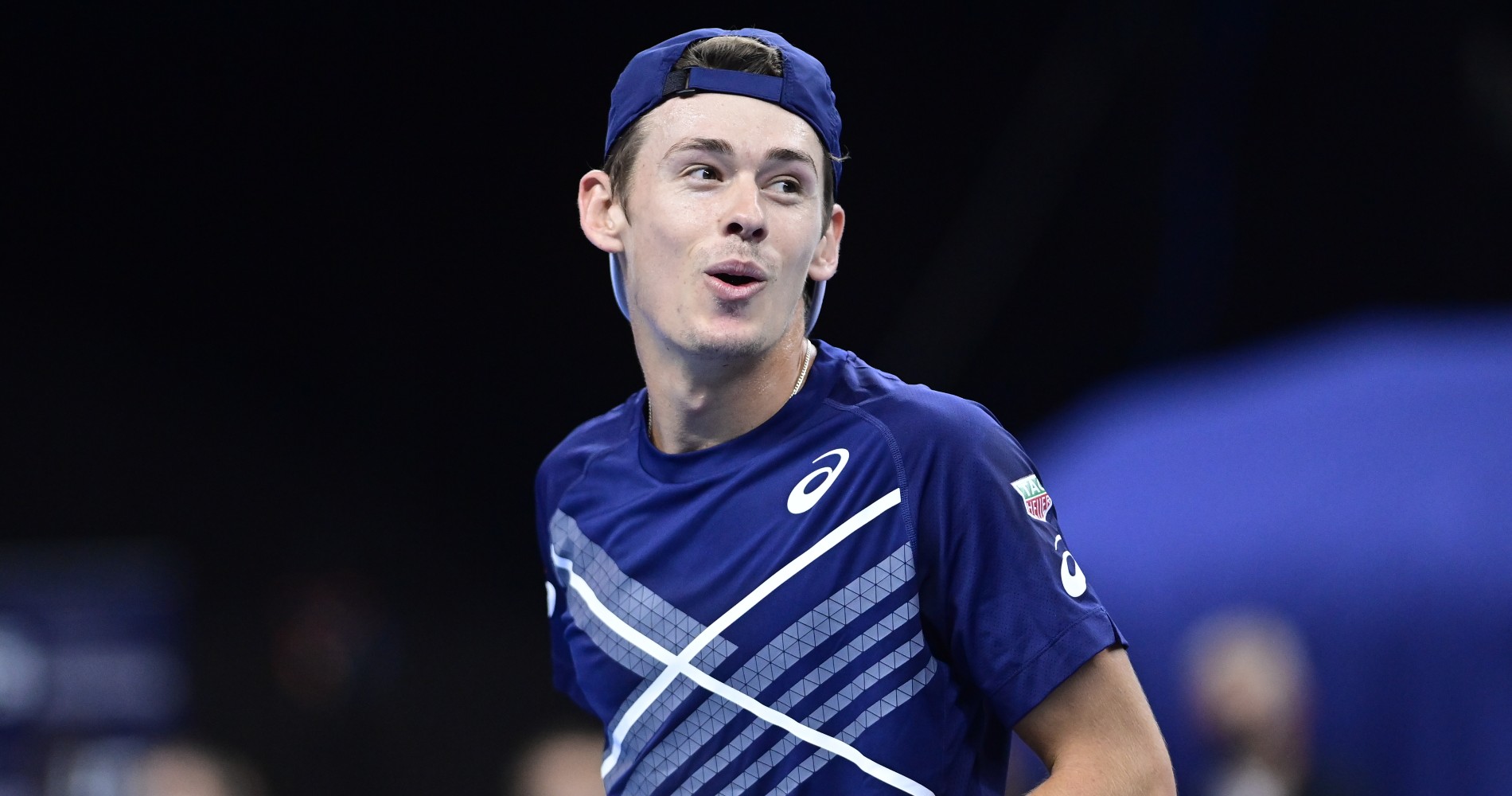 No 1 seed Rafael Nadal kicked off his Paris campaign with a 4-6, 7-6(5), 6-4 victory over Feliciano Lopez on Wednesday night. Nadal picked up his 1,000th career win after two hours and 30 minutes.

Despite coming into the match with a 3-0 losing record against veteran opponent Richard Gasquet, Diego Schwartzman was odds on favourite to record his first victory over the Frenchman. And so it transpired, the seeded Argentine proving resilient from the back of the court and a solitary break in each set proving sufficient to book his place in the third round, and a meeting with Alejandro Davidovich Fokina.

For Davidovich Fokina, it was also a relatively easy passage into his meeting with Schwartzman, the Spaniard brushing aside the challenge of wild card Benjamin Bozi 6-4, 6-4.

On paper, and with his injury record, it looked a tough assignment for former world No 3 Milos Raonic as he faced the wily Pierre-Hugues Herbert. But the Canadian looked in peak condition, his big serve and solid groundstrokes nullifying the guile of his opponent en route to a 6-4, 6-4 win.

Alexander Zverev had an even easier time of things, but this was an entirely expected victory for the fourth-seeded German. He beat Miomir Kecmanovic 6-2, 6-2 in double quick time (55 minutes, to be exact).

The opening match of the day, on paper, was a tasty matchup indeed as Kevin Anderson came face-to-face with Daniil Medvedev only days after defeating the Russian in Vienna. And, with the opening set into a tiebreaker, it looked as if this could be one of the matches of the day. But with Medvedev having gained the early mini-break, problems for the South African arose in the form of a muscle twinge and immediately walked to the net to shake hands.

Medvedev is joined in the last 16 by red-hot countryman Andrey Rublev, who demolished Radu Albot 6-1, 6-2. The No 5 seed is coming off back-to-back indoor titles in St. Petersburg and Vienna. Next up for Rublev is No 12 Stan Wawrinka, who scraped past Tommy Paul 4-6, 7-6(3), 6-2 in Wednesday’s nightcap.

Australian speedster Alex de Minaur is one player tipped for the very top. And an early matchup against Vienna finalist and destroyer of Novak Djokovic, Lorenzo Sonego, was perhaps the pick of the day’s action. But it soon became apparent that the Sydney native had the measure of his opponent, covering every inch of court to make it a nightmare for the Italian. A break of serve in each set proving enough for a 6-3, 7-5 victory. It gets no easier as he faces Medvedev in the next round.

No 15 seed Borna Coric led by a set and a break against Jordan Thompson — whom the Croat crushed at this summer’s US Open — on Wednesday evening. But it all turned around after that. Thompson erased all of his deficit to force a third set and even battled back from an early break down in the decider to pull off a 2-6, 6-4, 6-2 upset.

The Australian will go up against Nadal in the third round.

Home player Adrian Mannarino is a player who possesses plenty of variety and he has been a busy boy of late, flying from Cologne to Kazakhstan–where he lost to John Millman in the final of the Astana Open–and now to Paris. After losing the second set to Japan’s Yoshihito Nishioka, it appeared the exertions of previous weeks may have caught up with the Frenchman. But he rallied well to win the match 6-3, 6-7(5), 6-3 and set up a meeting with Zverev–to whom he lost to in Cologne.