Canadian Milos Raonic maintained his stunning run of form at the Western and Southern Open as he outslugged world No 6 Stefanos Tsitsipas 7-6, 6-3 to reach his first ATP Tour final since 2018. 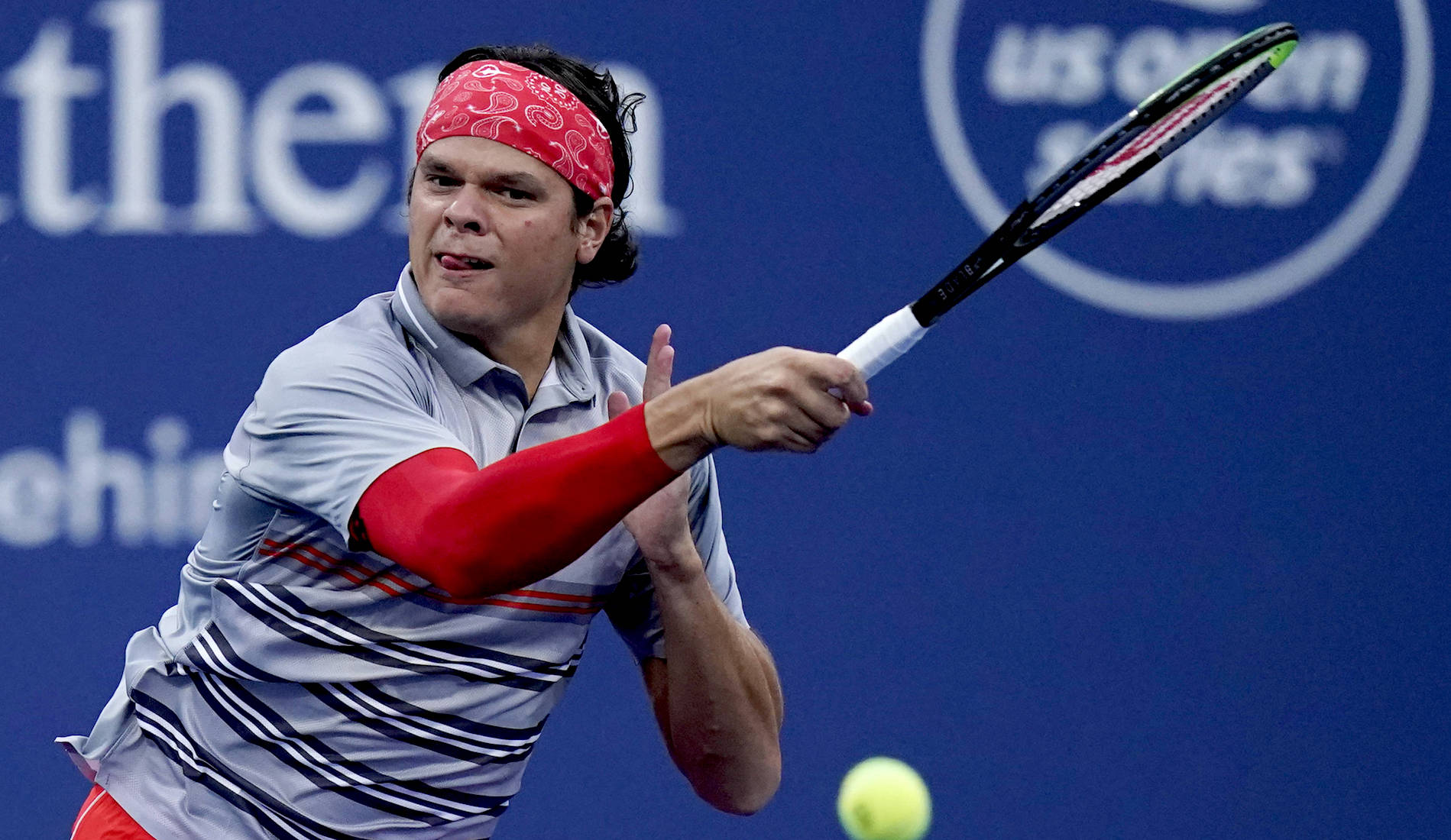 In a battle of the finest margins, former world No 3 Raonic continued the stunning form he’s showed all week as he served his way to a 7-6 (5), 6-3 victory over Tsitsipas, who was struggling with foot-fault calls throughout the match. The Canadian slammed down 12 aces and won 90 percent of points on his first serve. It is the second time the Canadian has defeated the Greek in 2020 and he’s into a final for the first time this year.

The world No 30 will take on either world No 1 Novak Djokovic or Spain’s Roberto Bautista Agut in Saturday’s final.

What a week for @milosraonic 👏

“I’m playing well,” Raonic said. “I think I’m moving much better than I definitely have in recent years. Maybe it’s been a long time, and I think that’s putting me in better position so I’m able to be more effective and more aggressive earlier. I’m able to play more on my terms and quicker on in the points.”

The first set was tight throughout and for a long time it looked as if Tsitsipas would take it. The Greek had a set point at 6-5, 30-40 on the Raonic serve but the Canadian save it and then, after an early exchange of mini-breaks in the tiebreak, Raonic forced a set point at 6-5. Tsitsipas thought he had evened the score at 6-6 but another foot-fault ruled it out and then Raonic then claimed the point to take the tiebreak 7-5 with a riveting cross-court forehand winner.

It didn’t take long for the Canadian to strike decisively again, this time breaking Tsitsipas in the fourth game of the second set to go up 3-1. After a few quick holds from both players, Raonic, playing with huge confidence by now, ended any hopes of a Tsitsipas comeback as he served out the match.

“I felt very close first set,” Tsitsipas said. “I was a mini break up in the tiebreak. I had a set point in the first set, 5-4 or 6-5, and I framed the backhand. Could have been much better than that. I mean, towards the end of the second set, I wasn’t really there. That’s it.”

The Greek said he felt good about his game going into the US Open, which begins on the same courts on Monday.

“I’m enjoying it,” he said. “I’m enjoying being out on the court. I’m enjoying competing. Mentally I don’t feel like I’m drowned. I feel good. I feel like obviously I can get better. In the next tournament I can do better. I still have that sharpness and motivation in my everyday routines. I really haven’t done, in the last couple of years, well in New York, and I would love to this year.”

Raonic has not won a title since January 2016, when he defeated Roger Federer at the Brisbane International.