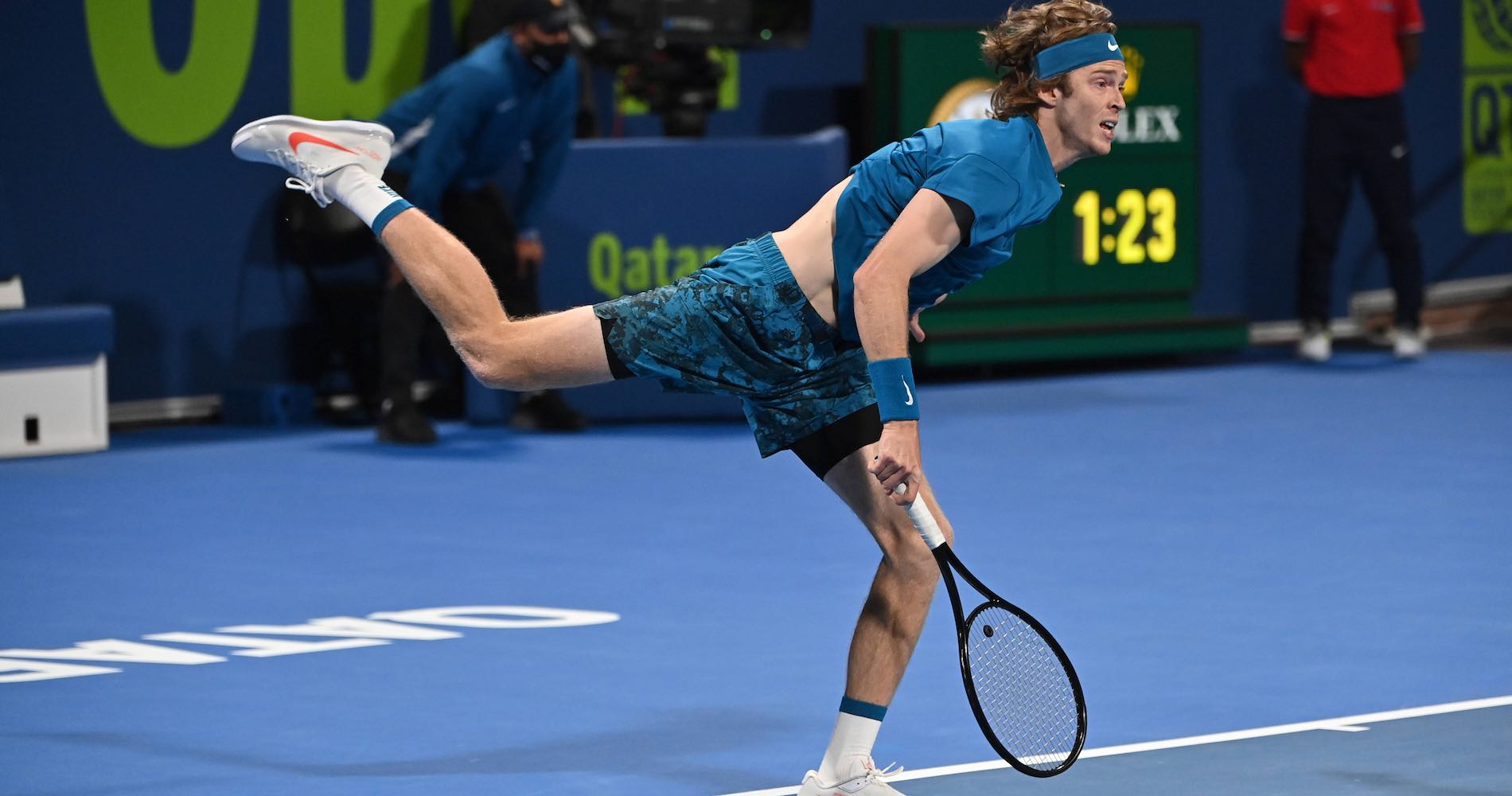 Having lost one of his best records recently to world No 1 Novak Djokovic as the Serb topped the world rankings for a record 311th week, Roger Federer may just be looking over his shoulder again at another after Andrey Rublev extended one of the more impressive winning streaks on Tuesday.

The Russian’s 6-4, 6-4 win over Emil Ruusuvuori at the Dubai Duty Free Tennis Championships on Tuesday put him into the third round but also marked his 21st straight win at ATP500 level, equalling Andy Murray‘s second-best streak since the tournament category was defined in 2009 and leaving him just seven short of the record of 28, held by Federer.

With victory over Ruusuvuori in Dubai, @AndreyRublev97 moves into joint second 👀 pic.twitter.com/QSXmzlu4yX

“There is no secret (to the streak),” Rublev told reporters on Tuesday. “It just happened. I was not focused on this. It just happened that I did good in these (ATP 500) weeks and I am really happy. “We will see what is going to happen. Until [the media] started to write that I won 17 matches, 18 matches, 19 matches, I was not even realising that I did this. I am realising it now. I am really happy that it happened to me. Before I was not even thinking about it, because I was losing Grand Slams first round, I was losing every week. But I am really happy that I achieved something that Andy did, because it is not easy.”

The world No 8 is chasing his fifth straight ATP500 title, having won in Hamburg, St Petersburg and Vienna in 2020 and in Rotterdam in 2021. He’ll take on American Taylor Fritz, the American who edged out last week’s Doha champion, Nikoloz Basilashvili 4-6, 6-3, 7-6, gaining revenge for his defeat by the Georgian in the semi-finals.