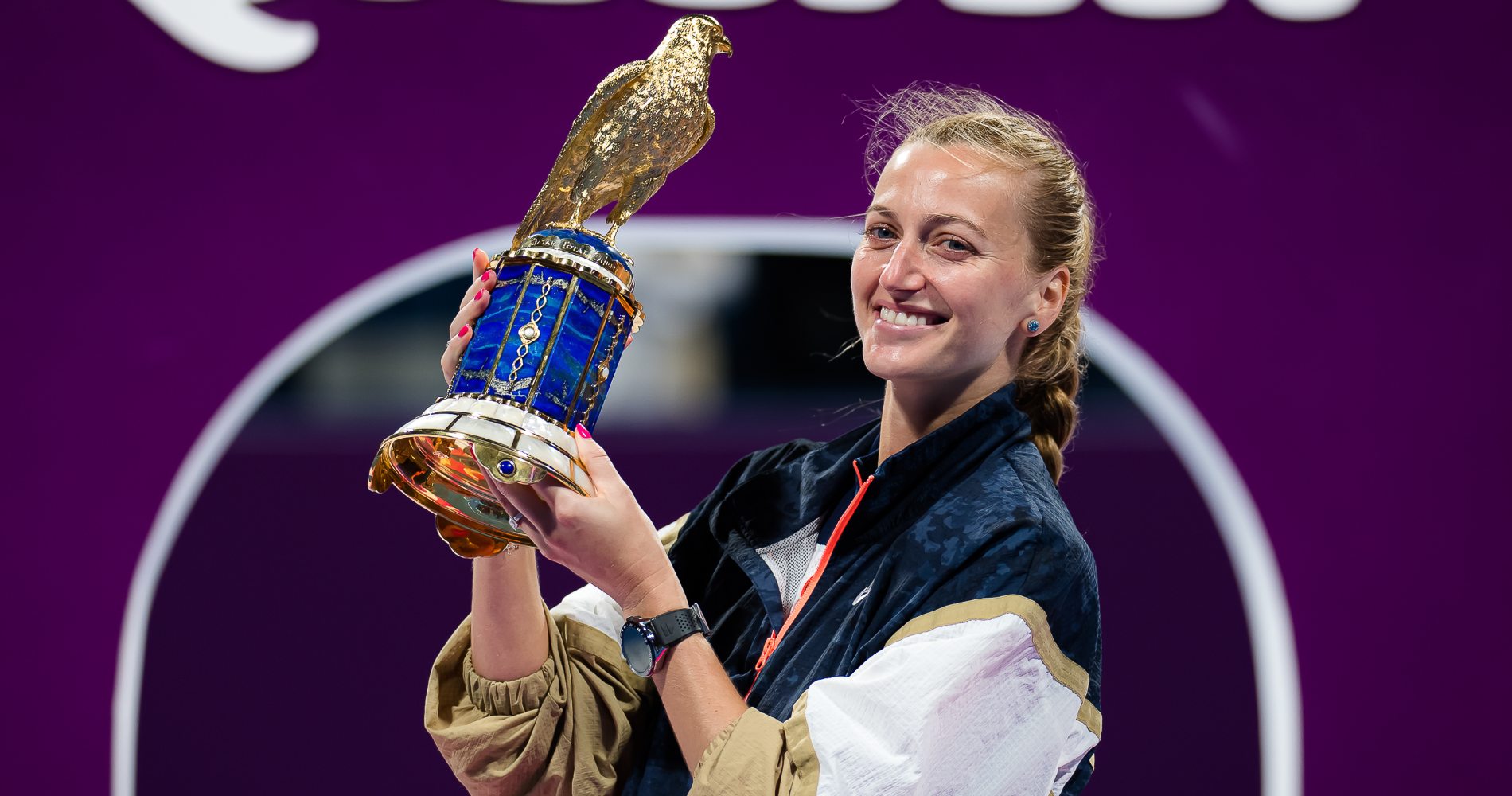 Petra Kvitova rounded off a perfect week in Doha with a 6-2, 6-1 victory over Garbine Muguruza on Saturday as she clinched the Qatar Total Open title for the second time in her career.

The Czech dominated the first set and shrugged off an early break in the second to repeat her victory over the Spaniard from the 2018 final. It’s the 30-year-old’s first title since Stuttgart 2019 and the 28th of her career.

“It’s been a great run for sure,” Kvitova said. “Really tough conditions…(but)..it’s been great, whole week. This is a really difficult time and I’m really glad to be able to play in front of you guys as well. I think this court just suits my game.”

Kvitova paid tribute to the tournament and was thankful for having some fans to watch, with Covid-19 restrictions.

“I was very happy to see fans in the stands again,” she said. “After Australia (where) it felt a little bit normal, as before…but playing without fans is really sad so I’m really glad to play in front of you.”

Despite windy conditions for the second successive day, Kvitova looked rock solid and confident throughout, taking the attack to Muguruza and never allowing the Spaniard the room to settle. After breaking for 4-2 in the first set she repeated the feat two games later to take the opening set.

Not wasting any time 🙅‍♀️@Petra_Kvitova takes the opening set in just over 30 minutes, 6-2.#QatarTotalOpen2021 pic.twitter.com/3ApEnMX8Gt

Muguruza, who had a walkover against Victoria Azarenka in the semis, had a glimmer of hope when she broke in the first game of the second set. But two double-faults handed the break straight back and after saving two break points to hold for 2-1, Kvitova ripped through the rest of the match to seal the title and take her record against Muguruza to 5-1.

The Spaniard admitted she had been outplayed on the day.

“It was difficult (weather), but congrats to Petra,” she said. “I think she played very good today, with all the conditions, and she took, for a second time, the title away from me.”