After booking their place in the Auckland Classic singles semi-finals, Serena Williams and Caroline Wozniacki advanced to the doubles final. 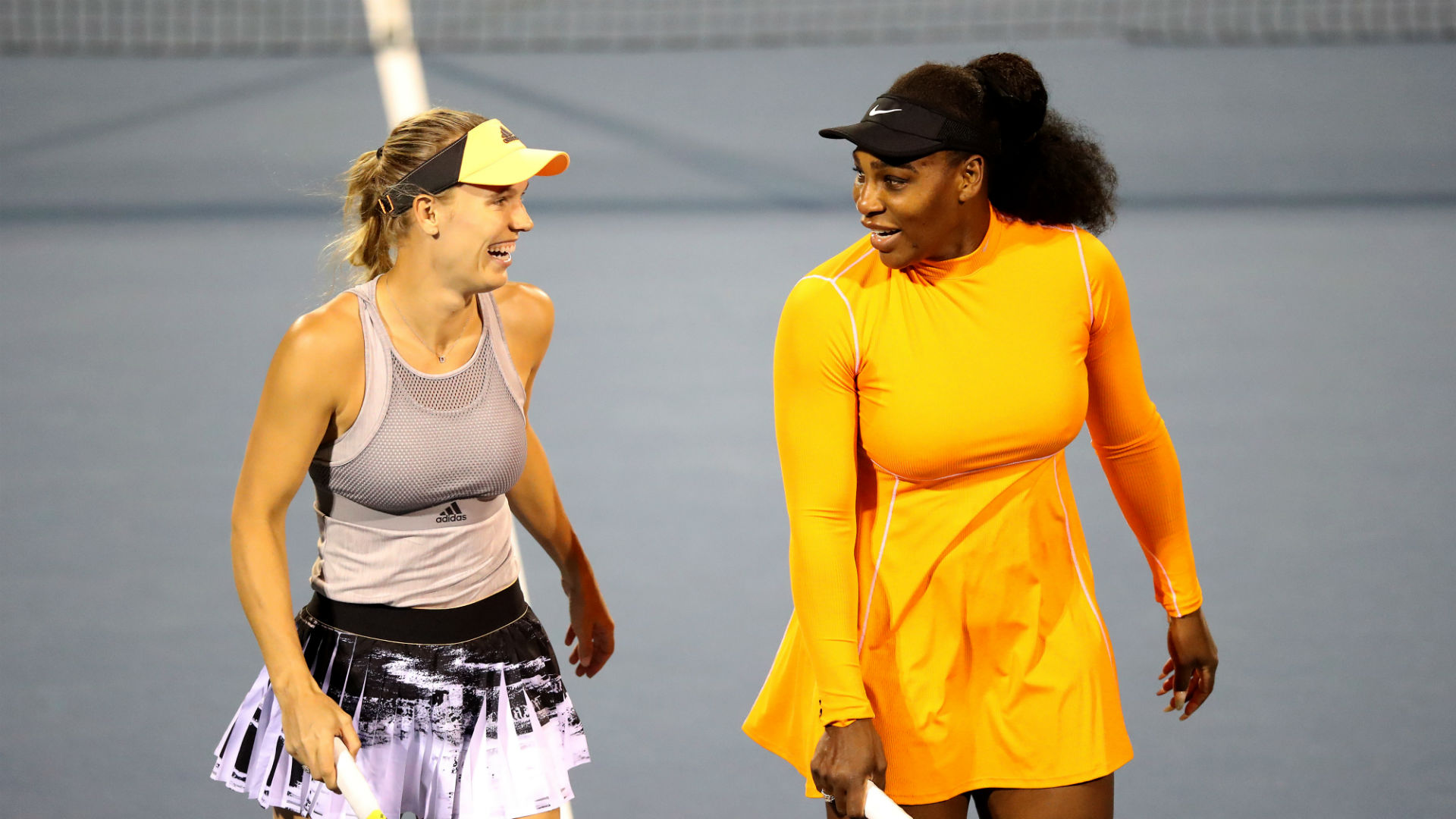 Serena Williams and Caroline Wozniacki teamed up to reach the Auckland Classic doubles final after making the final four in the singles, while Naomi Osaka will challenge Karolina Pliskova for the number two ranking in Brisbane.

Williams and Wozniacki, playing as a pair for the first time, beat the top seeds in the quarter-finals and saved five set points in their opening set against Kirsten Flipkens and Alison Van Uytvanck before sealing a 7-6 (11-9) 6-2 victory to advance to the final.

They will play the winners of Saturday’s all-American clash that sees Coco Gauff and Caty McNally take on Asia Muhammad and Taylor Townsend.

Earlier on Friday, Williams came from a break down in the second set to beat Laura Siegemund 6-4 6-3 and book an exciting semi-final against Amanda Anisimova, a 6-2 3-6 6-4 winner against wildcard Eugenie Bouchard.

Asked if she felt in good shape ahead of the Australian Open, Williams said: “I definitely feel that, and I feel like my match yesterday [against Christina McHale] was great.

“Especially the match fitness – I’m super fit, but match fitness is a little different, so I think all these matches are really helping.”

.@serenawilliams and @CaroWozniacki are through to the doubles final!

Wozniacki will face Jessica Pegula, who progressed when Alize Cornet retired at 6-0 3-2 down, after a routine 6-1 6-4 victory over defending champion Julia Goerges.

Osaka can improve her seeding ahead of the Australian Open if she makes the final at the Brisbane International, and standing in her way is her direct rival in world number two Pliskova.

Two-time major winner Osaka – ranked fourth in the world – had to fend off five break points to close out a 6-3 3-6 6-3 triumph over Kiki Bertens in the quarter-finals.

Naomi Osaka says she struggled on her serve today, but was happy with how she managed her level against a game Bertens.

Also says of defending her #AusOpen crown: “I learned a lot from New York.”#BrisbaneTennis pic.twitter.com/SgaIdokQHA

Reigning champion Pliskova lies in wait in the last four, though she had to stave off two set points in the first before winning 7-6 (8-6) 6-3 against Alison Riske. Petra Kvitova and Madison Keys will contest the other semi-final.

Garbine Muguruza was unable to kick off 2020 with a final appearance as she lost 6-4 6-3 to Ekaterina Alexandrova in the semi-finals of the Shenzhen Open.

Elena Rybakina, who beat Kristyna Pliskova 6-2 7-5, stands between Alexandrova and a first singles title on the WTA Tour.