Shapovalov: hungry for matches in Estoril and eager to “do some damage” on clay

Denis Shapovalov is in Estoril hoping to get a few extra matches so that he may find his form on the clay in 2021. The world No 14 is eager to build momentum for the upcoming Masters 1000 events in Madrid and Rome. 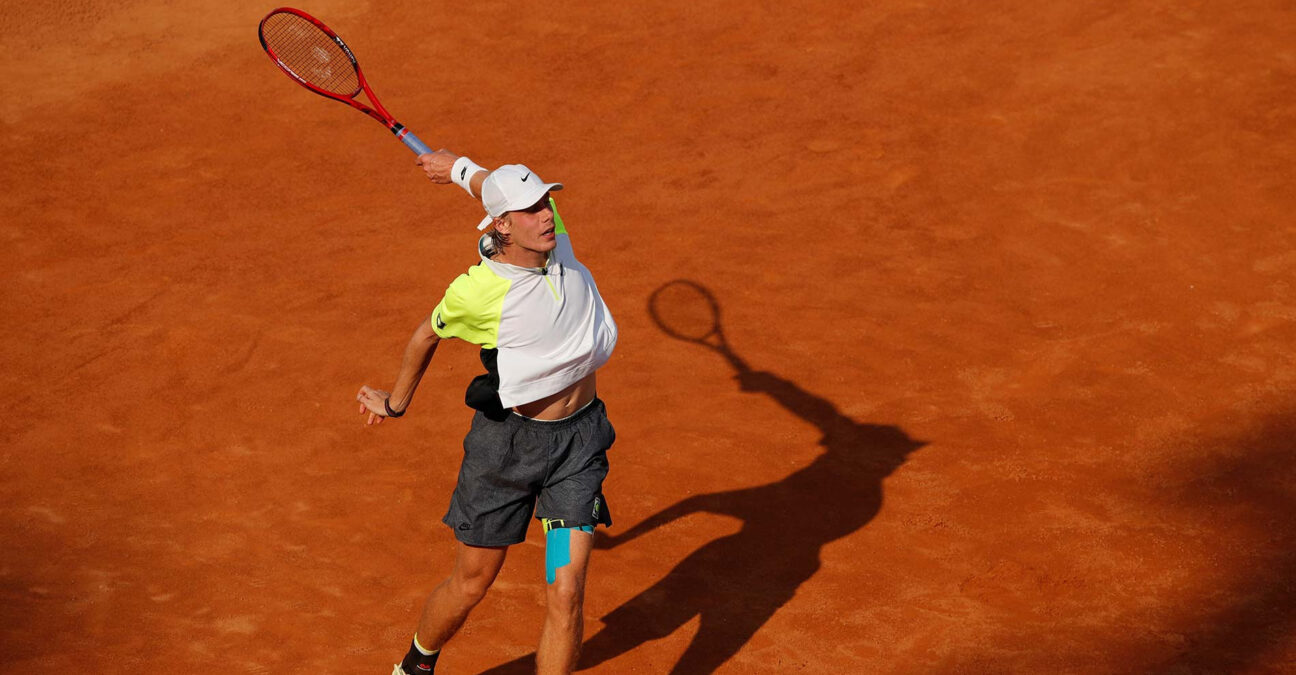 Denis Shapovalov is searching for confidence on clay this week in Estoril, and the Canadian hopes that he’ll be rewarded for his last-second decision to take a wild card into the Millenium Estoril Open in Portugal, where he is the top seed.

The world No 14, who split his first two matches on the clay last week at Barcelona (d. Jeremy Chardy, beaten by Felix-Auger Aliassime), says it is crucial to be comfortable on the surface before he heads to play Masters 1000 events at Madrid and Rome. Shapovalov has reached the semi-finals at each event before (Rome in 2020, Madrid in 2018) and believes that he has the game to create success at those venues again.

Shapovalov talked about his approach to the clay during his pre-tournament press conference today in Estoril. He says that on clay the challenge is not so much about changing his game; it is about sticking to his trademark style, bold and aggressive, with slight modifications.

“I think at the end of the day I don’t really care who I play against,” he said. “I’m going to play my game and I’m going to go for it. That’s the mindset I try to have, like it doesn’t matter who is on the other side.”

But the 22-year-old admits that he is still searching for form on the clay. After losing in Barcelona he had planned to head to Greece for three or four days of practice with his team, but when Estoril contacted him to offer a wild card, he thought it would be a good idea to participate.

“I just want to play more, that’s why I chose to go to Estoril when they offered,” he said, “and just at least get one more match in.”

Shapovalov said that there is no set timeline when it comes to reaching his best form on the clay, but he believes it will come if he puts in the work.

“I’m going to play my game and when it clicks, then it clicks, it’s not ever a specific moment or not, but it just happens, you get a win here or there and you start feeling super confident and that’s where I think I can be dangerous, when I start getting those wins under my belt and I start feeling my game, then I’m able to beat any of the players. So really it’s just about that, trying to get a couple more matches in, feeling a little bit more comfortable on this surface before the big tournaments so that in those events I can do some damage.”

Shoulder an issue, but not a big one

Shapovalov has been dealing with a shoulder issue on and off this year, and it did affect him in his loss to Felix Auger-Aliassime at Barcelona last week. However, he told reporters that he thinks it is something he can play through.

“The shoulder feels fine but of course I’m still feeling it, but it’s nothing serious so it’s something I can play through and honestly I’m just here to try and get some more matches.”

No expectations but plenty of belief

Shapovalov has played just 33 matches at the ATP level on clay, and compiled a lifetime record of 18-15 while winning six of his last nine on the surface. But the Canadian isn’t concerned about statistics at the moment, he simply wants to build his confidence up to where it was last year at Rome.

When asked about his semi-final run at the Internazionali BNL d’Italia 2020, Shapovalov said he performed well because he was coming off a good run at the US Open, where he reached the quarter-finals. He found that the confidence on the hard court was good enough to propel him to a breakout performance on the clay.

“I feel like Rome was a follow-up from a really good tournament in New York, I was playing with a lot of confidence and I was able to kind of just roll through that tournament even though I was going through jet lag there and my body did not feel good,” he said. “Just gamewise I was really confident.”

It’s confidence that Shapovalov seeks, and he knows results will follow, once he finds it.

“I just try to take it one match at a time and really just focus on myself and I mean, like I said, when my game is there, when I’m feeling it, I can be very dangerous,” he said. “Right now it’s just about just kind of feeling myself, and just bringing the game out, but not putting any expectations. I do think I could go deep in these tournaments and you know, I’ve had really good success in Madrid and in Rome, so I do feel like those are places where I could play really good tennis so I’m just excited for it.