Canadian Denis Shapovalov produced a stunning comeback as he came from two sets to one and 5-2 down in the fourth to deny Taylor Fritz and reach the fourth round of the US Open. 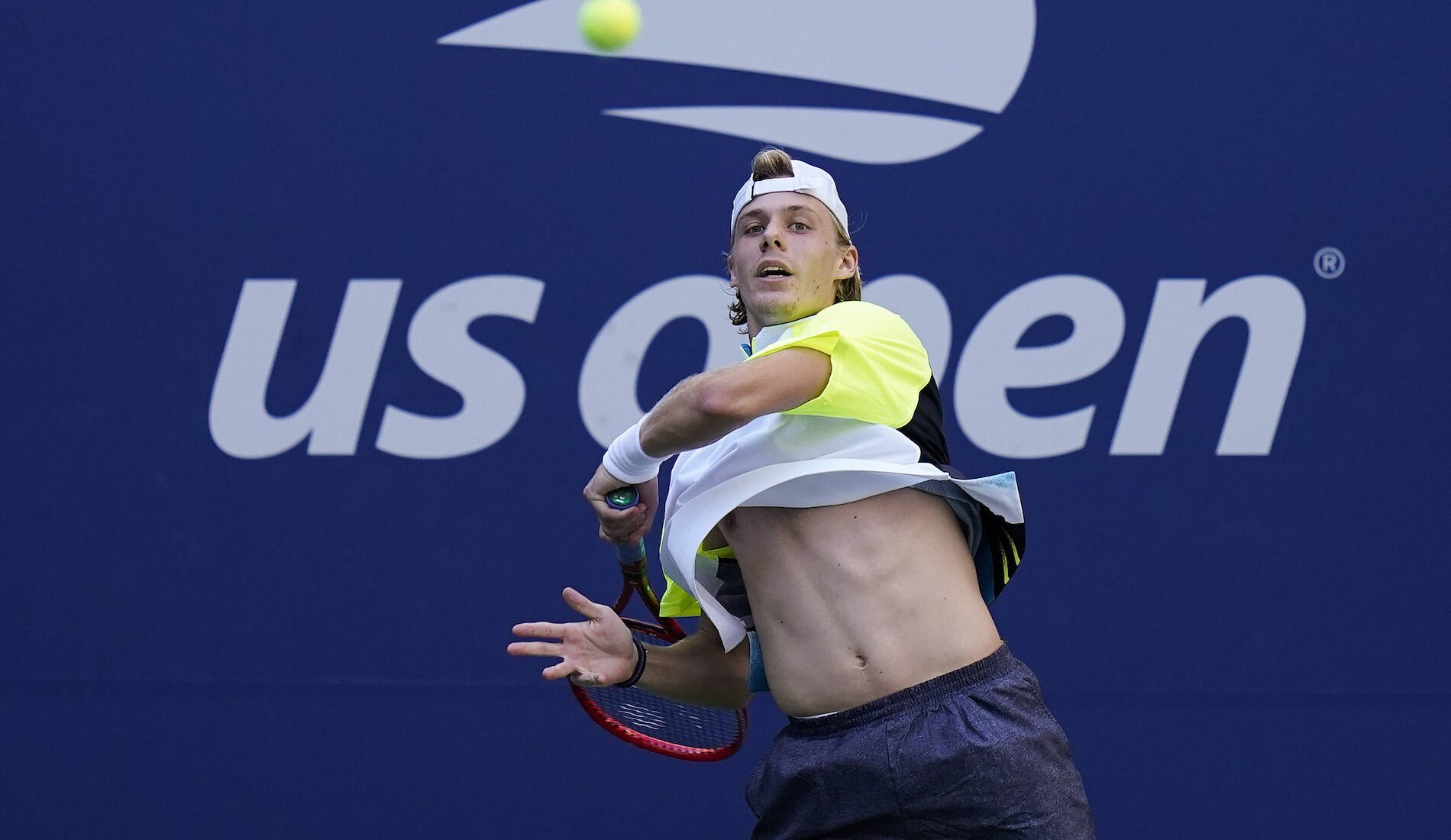 It’s the first time he’s made the fourth round of a Grand Slam since he reached the same stage in New York three years ago and now he’ll take on Belgian David Goffin for a place in the last eight.

“I think I got a little lucky,” Shapovalov said. “I stayed with him in the fourth, I saw him get a bit tight so I was trying to make him play as much as possible, I got a bit lucky on the set point…in the fifth set I really picked up my intensity and my level. When I was down a break in the fourth set I was able to relax a little and served really well in the fifth.

“Huge shout-out to Taylor. He was playing incredible. We both deserved to win today.”

Banging down massive serves, No 19 seed Fritz was the more solid in the first set but Shapovalov hit back well and then led 3-1 in the third only to squander the set in a flurry of broken service games. The American eventually broke to win the set, while Shapovalov smashed his racket in disgust.

Fightback in the fourth

Fritz looked like he’d done enough when he led 5-2 in the fourth but after holding, Shapovalov played a great game to break as Fritz showed the first signs of nerves. The two men stayed on serve to the tie-breaker, which the left-hander won when he guessed the right way as Fritz attacked a short ball and walloped a forehand down the line.

The fifth set was one-way traffic, as Shapovalov cranked up his serve and rode the momentum. He now looks forward to a meeting with seventh seed Goffin, who beat him in two tie-break sets when they played in Tokyo last year.

“It’s going to be a different game than today,” Shapovalov said. “He’ll make me a lot of balls. It was a close match when we last played; I’m expecting another long battle.”