Sharapova retired: here’s what’s the tennis world had to say

The tennis community reacted in Sharapova’s retirement announcement. Here are the most notable ones. 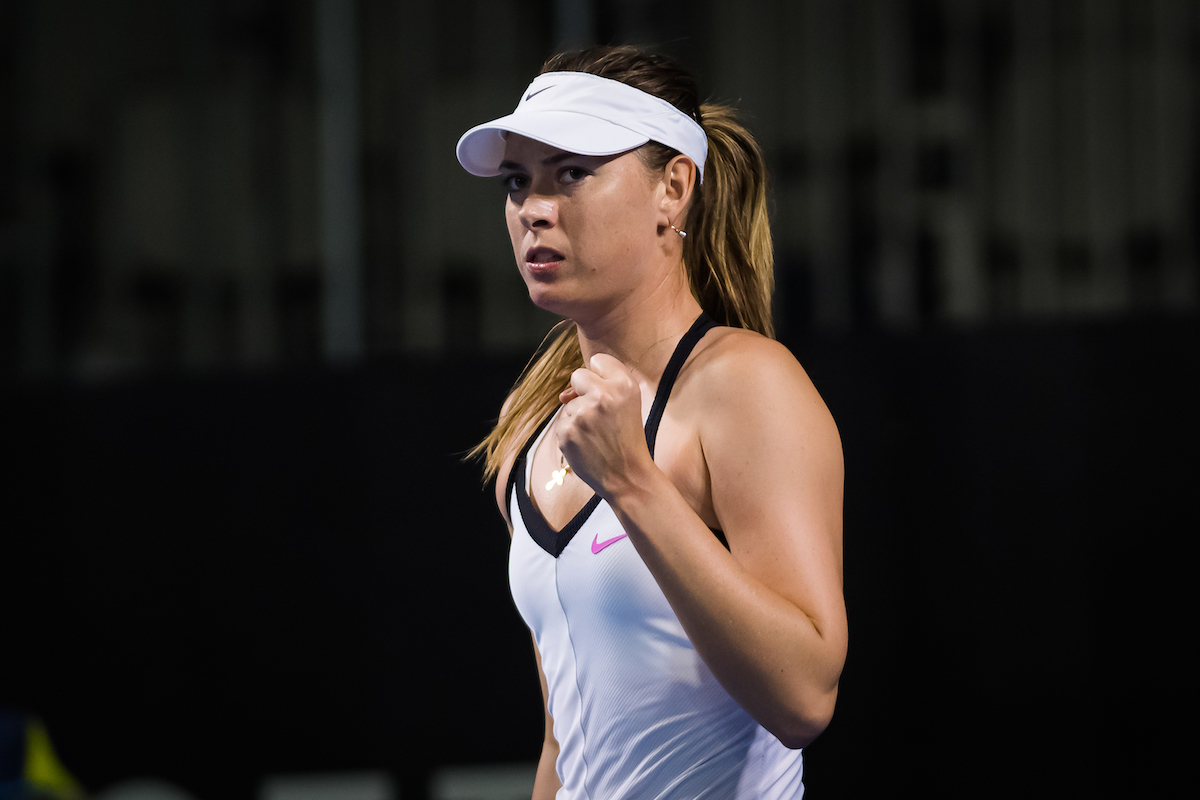 Maria Sharapova’s announcement about her immediate retirement from tennis sent waves through the tennis world, obviously. Fans took to social media to share their thoughts and best memories of the Russian champion. But what did her peers say? Here’s a little collection of the most notable reactions.

Wimbledon obviously wasn’t going to miss it, as it’s by winning the title over Serena Williams in 2004 that Maria Sharapova really shot to stardom. She’d play one more final there, in 2011, beaten by Petra Kvitova. She also played three semi-finals on the London grass in 2005, 2006 and 2015.

In 2006, after two years spent chasing a second Grand Slam title, Maria Sharapova found a way to triumph for the first and only time at the US Open. The black dress she wore for the night sessions that year, inspired in part by Audrey Hepburn, is one of the most famous tennis outfit of the last decades. She had played a semi-final in 2005 and would play another one in 2012. Sharapova might be Russian but she’s been living in the State since she was 6 years old and is totally considered one of their own when she plays there.

🍿 Counting down some of @MariaSharapova's best moments at the US Open 🍿

1⃣ We have to start with when she won the 2006 US Open, of course 🏆 pic.twitter.com/zepWsg1Gc9

Maria Sharapova winning two titles at Roland-Garros (2012, 2014), years after saying she was feeling like a cow on ice when on clay, might be her biggest career achievement. The 2014 final against Simona Halep remains of the greatest Grand Slam finals in recent memory. A year after coming back from suspension, in 2018, she’d play another quarter-final in Paris for the last time she’d come to the city for tennis.

On Wednesday, players of Dubai and Doha were, of course, asked to comment on Sharapova’s retirement. World No. 1 Novak Djokovic has a special place here as he and Sharapova have been close friends for years. They’ve known each other since they were teenagers and climbed the ranking together even if the Russian shot to fame earlier. For the record, Sharapova was in the Serbian’s box during his first Grand Slam final, at the US Open 2007.

"Her impact on the sport, not just women's tennis, but men's tennis, tennis in general, was great. It still is great. It's going to keep on being present because her brand I think exceeds her tennis achievements."#DDFTennis pic.twitter.com/TlKpBo536D

And one tennis legend to another, Billie Jean King who has always been a fervent Sharapova supporter, had a word to say about the end of that tennis chapter.

Maria Sharapova didn’t impress only the WTA Tour and fans. Many male tennis players have been watching her play through the years. Many have been admiring her fighting spirit. Magnus Norman, now Stan Wawrinka’s coach for many years, was one of them.

Amazing competitor. One of the superstars of our sport. Good luck on the next chapter👍🏼 https://t.co/FDCIzaouqQ

And it’s the same in the younger generations, as seen with Stefanos Tsitsipas who shares Russian roots with her too.

"I come from a Russian background. For me, I kind of understand the way she approached tennis, the attitude, all of that… I think many people are jealous of the career that she had." #DDFTennis https://t.co/SiEirIhV1Q pic.twitter.com/Z55aVpm1aX

And her last coach had, of course, a word to share. Riccardo Piatti, one of the best technicians you’d find on Tour. The Italian coached Djokovic when he was young, had a long coaching relationship with Ivan Ljubicic. Helped massively Milos Raonic, Richard Gasquet or Borna Coric. Sharapova called him last year after struggling with her service motion and her whole game. He was a bit like the last chance. They worked very hard together until her loss in Melbourne, with an off-season preparation shared with the NextGen new gem, Jannik Sinner.

It’s been an honor to have worked with such an amazing athlete and person. I’ll miss her on court and outside. I’m sorry we couldn’t work together for longer.But I know our paths will cross again and I can’t wait for it. In the meantime, good luck with everything @MariaSharapova pic.twitter.com/Fpvx6EvJXm

Sven Groeneveld, the coach she won her last Majors with and who stoof by her during her ban, had a simple “Thank you” to send to her.

Petra Kvitova was the player who denied Sharapova the dream of a second Wimbledon crown, but there was never any grudge between those two over it.

Petra Kvitova on the news of Maria Sharapova’s retirement.

“It was pleasure to be w/ her on the tour, sharing the court w/ her. It was always great battles when we play together. So it's been always nice to share the court with her and I do always have respect to her.” #QTO2020 pic.twitter.com/3ufJT3GzPx

She was surely the first surprised about it, but Monica Puig received a huge amount of support from Maria Sharapova after her country was severely hit by hurricanes. The Russian also came to visit in 2017 and gave money for the relief efforts.

Congrats on a stellar career @MariaSharapova . Thank you for all that you have done for our sport, but most of all, thank you for being there for me in the darkest of moments in Puerto Rico. You showed your simplicity, sincerity, wonderful personality and humility through it all. pic.twitter.com/66mZzp8GEM

She will forever be the last player having shared the court on Tour with Maria Sharapova. Donna Vekic won their first round in Melbourne (6-3, 6-4) but didn’t seem to take any joy on Wednesday about this place she now has in tennis history. As of many young players, she was looking up to the Russian while growing into the tennis World.

Same for Zheng Saisai, proving again the range of the influence of the Sharapova success story.

Zheng Saisai on the news of Maria Sharapova’s retirement.

“Her mentality always inspires us to try to be the same mentality from the first point to the last.”#QTO2020 pic.twitter.com/1lXAeoOuuw

And of course, someone like Amanda Anisimova didn’t miss the opportunity to salute Sharapova, who’s been the path the young American – born from Russian parents – has been following. The comparisons between the two are only just starting. The Australian Daria Gavrilova, born Russian, also had a message for the one who paved the way for so many players.

We are all going to miss you 😕 @MariaSharapova. You have inspired so many people, and have shown what true dedication and hard work is. It’s amazing what you have accomplished. Wishing you nothing but the best in your next chapter 💗

I have so much respect for Maria. She will always be an example for myself and lots of kids on how to compete and get the best out of yourself no matter what. Pretty cool to be remembered this way in your career!

And to finish, of course, Nike had a special message for Maria Sharapova. They made so much money together… The Sharapova line at Nike became the golden standard along with Roger Federer’s one. She was the only one to wear the outfits, and made a point of it. She also recently helped to design the new Lac Cortez line, an instant classic. She spent her whole career with the brand and it’ll be interesting to see what their collaboration is going to be now. Because it’d be extremely surprising for Nike or Sharapova to stop a collaboration that’s been making so many millions. Forbes estimates by the way that Sharapova’s tennis fortune amounts to 325 million dollars. But it’s without counting the Sugarpova brand she built from scratch. As the news spreads everywhere, surely many other reactions will come to that collection.

Farewell to one of the greatest competitors in the history of the sport. @MariaSharapova pic.twitter.com/6wRpBaB7gx

One response to “Sharapova retired: here’s what’s the tennis world had to say”