Diego Schwartzman followed up his victory over Rafael Nadal by beating Denis Shapovalov in the semifinal of Rome Masters in three sets, with Djokovic awaiting in the final. 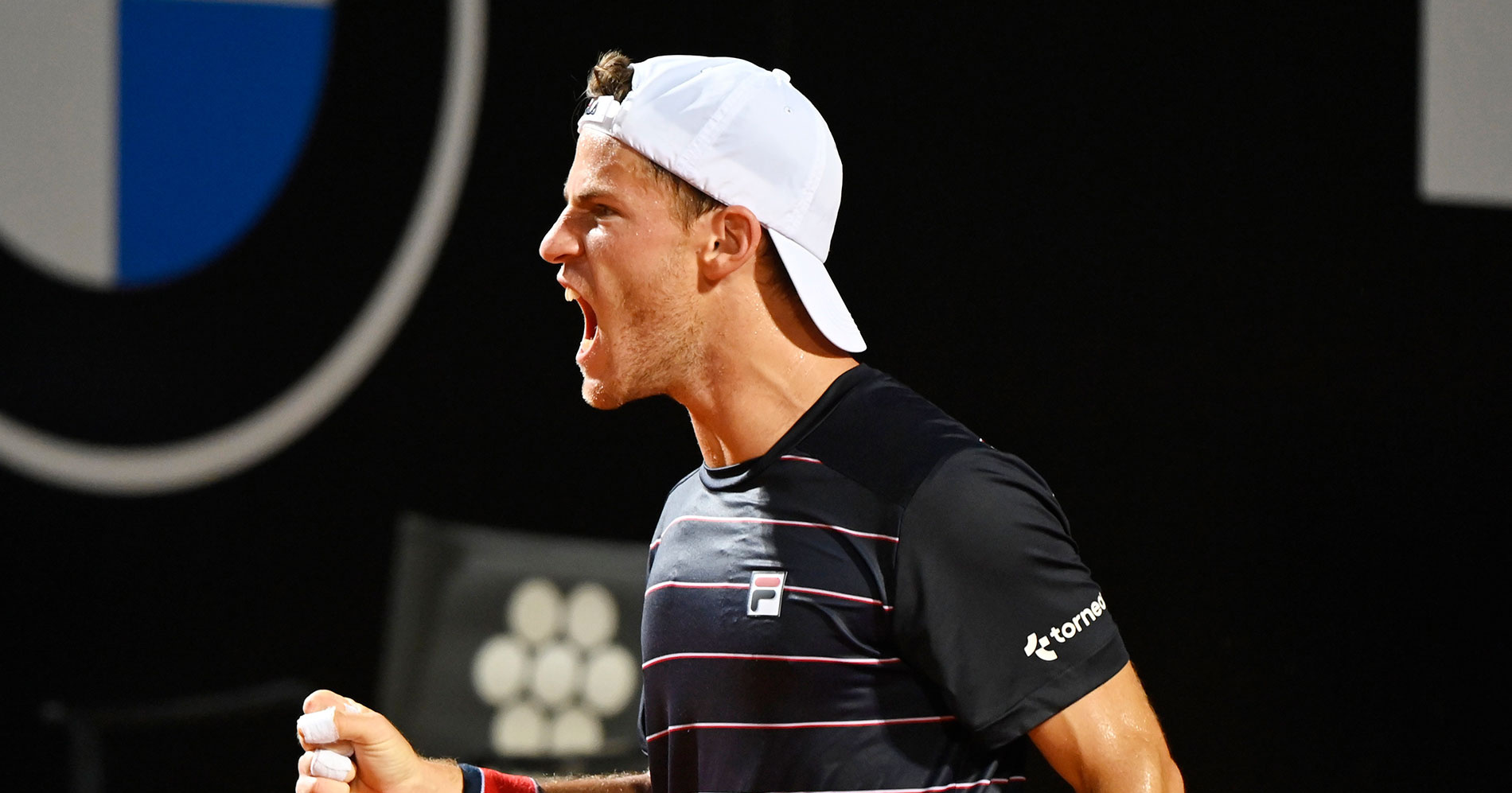 It was a back-and-forth affair all along, but it was Diego Schwartzman who came out victorious against Denis Shapovalov in the second semi-final of Internazionali BNL d’Italia. The 6-4, 5-7, 7-6(4) victory was not without drama, but that was enough to steer him through to a final matchup against Novak Djokovic.

Following the huge upset against Rafael Nadal, Schwartzman started the semi-final matchup strong by breaking Shapovalov early to jump out to a 3-0 lead in the first set. As the Argentinian looked to serve out the set, Shapovalov took charge to even get back on serve. The final game was drama-filled, with three deuces and Schwartzman breaking back right away to go up a set.

The Canadian went ahead first in the second set, as he broke Schwartzman to go up 3-2. This time round, the script was flipped as Schwartzman broke back with his back again the wall, but then surrendering a break right away. Shapovalov had to stave off a break point in his second crack at serving out the set, but he was able to complete the job this time to bring the match to level terms.

Serving woes for both

Shapovalov was the sharper player to start off the third. After fighting hard to preserve his first service game, fending off three break points in four deuces and then securing a break. It was a back and forth affair after that, as both players showed shakiness in their service games. The Canadian had a chance to serve out the match up 5-4 after the fifth break of the set, but he squandered the service game and that led to a deciding tiebreak.

The theme of serving inconsistencies continued on in the tiebreak, with eight of the 11 points being mini-breaks going back and forth. The two players were tied at 4-4 with three mini-breaks apiece, but it was all Schwartzman after that as he took the next three points with a hold and two more breaks to round out the hard-earned victory.

Fighting until the very end. 💥

Diego Schwartzman advances to the first Masters 1000 final of his career where he will face Novak Djokovic.

On the other side of the draw, Djokovic took two hours and 11 minutes to fend off the stiff challenge of Casper Ruud 7-5, 6-3 to make it into his 10th final in the Italian capital.